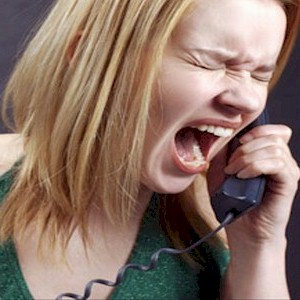 It’s often the little things, nuances which annoys and causes bigger reactions. Being annoyed is something that we’ve all experienced at various times, but what it stems from are other emotional states, which violates the atmosphere around everyone else.

What becoming annoyed is carbon monoxide when it comes to emotional pollutants. An annoyed behavior translates into everyone becoming irritated, which can release negative energy and stress inducing vibes, that adversely impacts the surroundings.

There are reasons which triggers this feeling of becoming annoyed, which translates into becoming irritated, which forces everyone around them to feel grumpy and on edge. Tolerance levels become lowered while being bothered by minor nuances.

Irritability Becomes Viral
Our reactions to annoyance turning into irritants are likely to be more aggressive than usual, this leading us to suddenly snap or chastise those around us. Once the boss is irritable or particularly annoying, word quickly spreads around to stay away.

Once our parents get home and are in a grumpy mood, everyone can get disturbed. It can just take split seconds for everyone to read the attitude, such as a quick glance, and will adjust themselves accordingly to stay out of their way.

Irritability Turns Into Annoyance
Irritability isn’t a treat for those experiencing it either. What happens is the stress hormones become active, surging into overdrive, as we begin to enter the classic “fight-or-flight” mentality, which can come across as being irritated or annoyed.

The slightest movement or noise can activate this emotion, making us jump while everyone reacts on instinct as if we’re being attacked somehow, that our life is in danger.

What most don’t want is to be in this state of mind, but there’s no easy solution such as snapping your fingers and then this toxic emotional state dissipates, as it’s never that easy. There are ways however, to soothe this condition of not being irritable.

Finding Out The Source
The best way of reducing irritability causing annoyance is to find out what the core trigger is, and then once finding it, to address it. There has to be a motive, a definition on why you’re acting the way you do.

So go back to identify the instance when you first became irritated, and then consider that as what may of set you off to be in this dastardly mood that you’re in.

It becomes important to keep in mind that while your reactions may feel paramount or pressing at the moment, but the issue that may of triggered it, might just be a simple misunderstanding.

Reducing Certain Vices
Such as caffeine or alcohol which may potentially accelerate the annoyance or irritability. It’s found that for some, it’s the hourly injection of caffeine which wrecks havoc on mood, this for those who especially has issues with becoming easily irritated.

Too much caffeine influence during the day or too much alcohol at night to calm down and wrestle the jagged nerves, are the most frequent triggers of those who become annoyed. So if you suspect that’s the case, then consider cutting back.

Little Things Can Accelerate
What we often do is dismiss things which shouldn’t make us irritable then upset, even if they actually do. For instance, someone who’s extremely competitive might become irritable once they lose at playing cards.

This internal need to win at all times, this to usually fill a void of self-esteem, can vault them into becoming extremely upset, even though they know it’s just a silly game. They hate to lose.

So just become more honest with yourself on what’s really bothering you. It can be as simple as just acknowledging something which makes you feel ashamed, that’s often enough to take the edge off.

Be More Easy On Yourself
Show more compassion towards yourself, as appreciating yourself more is an extremely powerful way of calming your churning irritability and annoyance.

Do so by acknowledging to yourself emotionally that you feel really annoyed and how unpleasant it feels. Then imagine you’re getting a hug or a pat on the back from someone who cares about you.

Once you begin to feel a little better about yourself, use this compassion to consider how it’s making those around you feel as well, and why it’s important not to take it out on them.

Gaining Better Perspective
We often feel irritated about small pointless incidences, something that we most likely won’t even remember later on during the day, or next week. So take a step back and remind yourself to have a broader perspective, take a look at the bigger picture.

Acknowledge the things which are currently going well in your life, the things that you’ve accomplished and can be grateful for, such as your health and employment.

Burn The Edge Off Your Nervous Energy
Since what feeling irritable does is activates the fight-or-flight response, you need to release this pent up energy somehow, so to relieve this, go for a brisk walk, run, or a workout to burn off this tension.

Find Some Quiet Alone Time
If everything else fails, find a quiet place where you can think things through, disengage and hide from all the commotion and disarray that’s around you.

Getting annoyed can be your minds way of telling you to perhaps slow down a bit and take a break, so take one. Meditate, do yoga or stretching, take a bubble bath. Take a time out, take a deep breath, and then go fight the battle another day.

Know The Select Common Foods Which Drains Out Your Energy