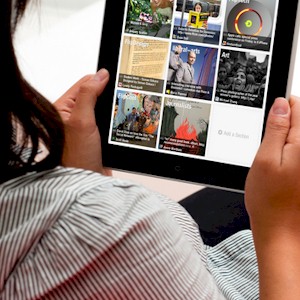 The popularity of mobile devices, smartphones and tablets are now becoming the instrument of choice when it comes to eCommerce. These devices are now dictating how consumers are interacting, and spending on everything that’s retail.

The actual amount of time spent by these mobile users on the various shopping sites, have significantly increased in volume in just a few short years, and are now beginning to outpace traditional desktop computer shopping.

It’s also no surprise that the increase in this shopping corresponds with when these devices became popular, and became more user friendly as well as secure for eCommerce shopping.

The actual time that’s now spent on retail sites by smartphone users has increased by over 400% percent, this since their initial introduction as a consumer device capable of connecting to the Internet.

The Tablet PC wasn’t even known as a mobile Internet device until early 2010, when the original Apple iPad was first introduced. Now, it’s estimated that tablet users are spending over 5 billion minutes on online retail, primarily for shopping.

Mobile Users And Their Steady Increase
According to the latest statistics, in the United States alone in the first quarter of 2013, there were over 60 million tablet owners, and close to 140 million smartphone owners.

As a result, these smartphones and tablets are now responsible for driving the majority of traffic to the online retail sites. It’s thought that for the largest of these retailers, close to half of their traffic is now from mobile devices.

So for these bigger online retailers, for every 1 million visitors that they get, up to 450,000 of them are now mobile visitors, and this number is expected to increase substantially.

Mobile The New Dictator
So because of all this increased mobile activity, the mobile device consumers are having a significantly bigger impact when it come to the profitability of these retail sites.

Mobile spending hit $6 billion in the first quarter of 2013, which was approximately 11% percent of the entire online sales activity, which is an estimated $55 billion.

The total revenue of online retail sites continues to grow by 1% percent annually, where web sales are increasing by 14% percent, and mobile sales by 31% percent, this provided by metric measuring services.

The Reasons For The Increase
The main reason on what’s fueling the increase of mobile commerce spending is thought to be the level of adoption, trust, security, and convenience, which results in increased activity when using these devices.

It’s an accomplishment in itself for the portable device industry to be able to reach this point of usage, where consumers are now beginning to completely accept their mobile devices as a money transaction tool.

Slow To Use
Statistics show that once consumers do decide to purchase a new mobile device, such as a brand new smartphone or tablet, that they won’t initially begin as heavy users until they get more familiar with them.

It’s after a period of time, even up to a few months, until the users will begin to feel comfortable enough to doing more, other than making phone calls, texting, surfing the Web, or playing games.

But once they realize how convenient they are, mobile commerce as a result is expected to grow a lot quicker than what traditional web commerce ever did.

Mobile Spending Catching Up
It was found that in the first quarter of 2013, that the average dollar amount of actual money that was spent from a desktop computer was around $275, this compared to the average smartphone user who spent $140, and $91 from tablet users. It’s predicted by many that tablet shopping will eventually overtake smartphone shoppers in dollar volume, this sooner than later.

“Showrooming” By Smartphone Users
One reason why there may currently be more dollars spent by smartphone users is because of what’s known as “showrooming.” Showrooming is when a consumer with a smartphone, while in an actual retail store, will begin comparing prices from other stores or sites on the merchandise that they’re interested in.

Or what they’ll do is physically examine the product when in the retail store, but will instead purchase the product, usually at a lower price, at a later date from their home or office, using their mobile device or a desktop computer.

So what they’re doing is they’re physically inspecting to see if they like the quality or the fit of the goods, or not, and if they like it, will go home to search for a lower price on the Internet.

Showrooming is currently more of a popular tactic used by smartphone owners than by tablet users. These consumers will also tend to showroom more when it comes to higher ticket items.

There’s also the issue where consumers may still be reluctant and not prefer to make a direct transaction when using their smartphone because of security issues or concerns.

But once they do happen to make a transaction, on the spot, using their smartphone, and if showrooming is involved, the purchase of the item is usually at a higher amount.

The Different Categories Of Mobile Purchasing
The actual percentages of the total web based revenue when it comes to mobile spending differs based on the category of merchandise.

When it comes to event tickets, for instance, such as concerts or sporting events, this category generally has the largest mobile spending. Home and garden supplies are next, followed by apparel and accessories, and then consumer electronics. Furniture and appliances and computer electronics are also popular items for mobile spending, more so than when using a traditional desktop computer.

How Reading More Frequently Can Increase Your Brain Power