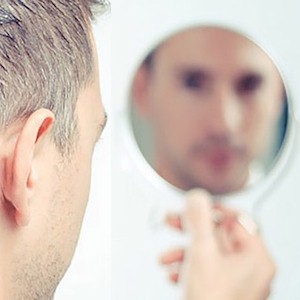 They crawl along with a smug arrogant chip on their shoulder, this justified or not, and they truly feel that they’re superior, better than you are. We all know the type, those jerks among us. Perhaps you have similar traits yourself.

So what to do about those with big egos who are chronically inconsiderate at all times, they act selfish usually on purpose and under all circumstances. So the need arises to handle and manage them effectively. Realize this type of behavior usually begins as children, and eventually graduates to the adult.

So how do we handle them. True we all can become annoying or selfless ourselves at times, but there are those who makes it a component of their personalty and are fully conscious of it, choosing to be completely ignorant when it comes to the feelings of others.

These are those under any and all circumstances, are usually the narcissistic type who displays little compassion. Their favorite words are “me, myself, and I,” and have little interest or desire to change their ways.

What they expect instead is for others to comply, others to change to accommodate to their selfish behavior, while blaming them or sulking for not doing what they want.

Taunting Is Their Nature
If they know that someone is on a diet, for instance, and attempting to lose weight, they’ll insensitively just ignore or forget about them and order a double chocolate sundae for dessert, and savor it.

Some are chronic suck-ups at work, are disingenuous liars, as they’ve mastered corporate “speak” to their superiors while dismissing or dissing their work colleagues, this in the attempts to get praise or climb the corporate ladder.

They’ll blatantly deceive to cover up mistakes while displaying bad behavior with condescending “team building” type of communication, which disguises their own selfishness.

To combat this, one needs to become assertive by calling them on their behavior, this in the attempts to temper the selfishness, but most likely won’t have any tangible effects.

Bullying Tactics
Most are also accomplished bullies. They’ve develop their ways in school and as adults, carry the same behavior at their workplace, their leisure time, or at home.

They’re quick to blame others whenever they don’t get their way, or through their intimidation, will discourage others from voicing themselves.

They’re quick to criticize the work of others, but when it comes to their own, they make themselves appear like the ideal “team player.” These individuals are bad for business, as they damage effective productivity.

These are the individuals in business who’s detested by their coworkers and more importantly the customers. To stand up to and deter this behavior, quickly address while disregarding their reply. They’re malicious however, and can be difficult to control.

Can Be Cowardly
The polar opposite of being the bully type, certain chronic jerks can also be cowards. They’ll never defend, stand up for or support their staff or work colleagues, while making statements such as “You need to work it out on your own.”

They know that there are problems, but refuses to do anything about them. These cowards, similar to being bullies, refuses to or are reluctant to change their ways.

You can ask, plead with them, attempt to be assertive with them while explaining the situation, but ultimately, in the end, you’ll need to do it yourself or go over their heads.

Do What I Say Or Else
What they’ll do is give directives, tell you to do things, make promises, and will then sell you out. There are some who may think of themselves as being honest, but they’re selfish “me first” ego will soon be revealed.

They come across as charming and appear like they’re committed to climbing the social or corporate ladder. Since their personalities borders on being a sociopath, they will usually mirror what others say or want to hear.

The truth being that they’re the most dishonest and morally bankrupt people with low self-esteem issues that you’ll meet. So be aware as once you make a mistake, or own up to something, they’ll pounce on you will delight, and will punish you for your error.

In order to protect themselves, what these individuals will do is constantly say or pretend to do the right thing, while punishing the offender, particularly if they’re in a position of authority.

They Just Don’t Care
They’re lazy, they love to pass the buck, this at work, school, or play. These types of individuals will “use” others around them while they do absolutely nothing.

They constantly complain or make up excuses about what they need to do, while distracting the real issues, as they’ll do as little as possible or won’t admit they’re in over their heads.

They are usually uncommitted, unmotivated, and just don’t care of the fact that others around them consider their behavior to be selfish or incompetent. They just don’t give a damn and most likely never will.

Know The Traits
At school, these are the individuals who’ll contribute little in a classroom or homework setting, and will then attempt to take the credit if things go right. At work, they’ll bring nothing to the table while dodging all their responsibilities.

These chronically lax people will constantly miss deadlines, assignments, while criticizing the work of others. They’ll dish work on others or blame them or their superiors for a lack of communication if things go wrong.

To manage them better, make sure to document their behavior while reporting it. At school, they will usually be graded lower because of this behavior, while at work, they’ll be seen as a problem and receive poor job performance reviews, this unless the boss is a jerk themselves.