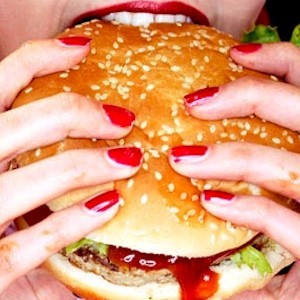 The definition of a “diet” is it’s the customary or traditional food or beverage choice of a particular culture, person, or animal, a set culinary custom. So once you hear someone say, I’m going on a high protein diet, technically it doesn’t make any sense.

Diets are usually prescribed for medical reasons, such as a strict diet for controlling one’s diabetes. These diets become necessary as they serve a solution, a plan to reach a goal. The diet then becomes a protocol, for an intended cure, such as losing weight.

What most will refer to when it comes to a diet, is it’s insidious incarnation which is usually a high temporary restrictive eating program, this in order to lose body weight or fat. This is the most common type of diet that most are familiar with.

The Great Diet Debate
So what’s surfaced are diet debates on the argument regarding which diet is the best when it comes to weight loss. Is it low fat, low carb, or a recognized “brand” diet, such as Paleo or Mediterranean. Some claim that the particular diet itself doesn’t matter.

There’s been great analysis summarizing the various diets based on a few parameters such as their content of carbohydrates, protein, or fat. They’ve been poked and prodded under laboratory conditions, this to find if there’s any significant differences between them.

All Diets Are Similar
The end result it was found, although the ingredients of the diets were different, none of them, not one single diet under various and rigorous testing, consistently came out as better than the other.

At times, there were instances when a low-carb diet out ranked a low-fat diet, most often they were similar. One that stood out however, was the Mediterranean diet, specifically, which consistently outranked every low-fat diet tested, but only by a small margin, such as by a few pounds.

Most wouldn’t mind losing an additional few extra pounds however, but it’s advised not to base your diet choice because you can lose those few extra pounds, but more on how much you like what the diet offers.

The reason being, if you could actually tolerate the nuances, the food plan of a particular diet and then stick with it, then that’s the perfect diet for your needs.

Depends On The Diet
Other issues include the length of time someone wants to lose weight, if they actually stick to the diet, how much weight they’re wanting to lose, or is lost, or how long that the weight stays off.

Some claim that choosing a diet is similar to picking a spouse rather than a one night stand. If your diet is temporary, such as until a certain date or a certain amount of weight is lost, then a “crash” diet is chosen.

What you want to find is a long-term diet that you like, one that you would want to marry, for better or for worse. The choice is entirely up to you, and not what your health practitioner, the media, or the diet gurus tell you.

Testing Diets
It’s thought that the majority of the diets work, this provided that you adhere to them, which is usually the problem. So there’s no point you testing and comparing every new diet that comes on the market, just pick one you like.

Experts will tell you that there’s little difference between them, just subtle tweaks. Most agree that when comparing diets, there are just a few minor alterations in the carbs, protein, or fat intake, which won’t drastically alter your obesity management goals.

Not Sticking To A Diet
It’s found that it’s not the diet, but rather how well you execute it. For those who claim that they have a difficult time losing weight, is not because a particular diet plan doesn’t work, but because they’re not sticking to its guidelines.

This is what every dietitian, doctor, and health expert should be focusing on, which is teaching how to make effective long-term behavior changes. Adopting better eating habits, using discipline, this to help navigate through the poor environment that we live in.

We live in a culture of double bacon cheeseburgers with large fries, which are readily available as fast food, and they’re usually cheaper than a salad. There’s nothing wrong with occasionally eating unhealthy food, but it’s how often you stray and surrender to the desire.

It’s Your Choice
What we all constantly do is make unhealthy food choices while claiming that we want to lose weight, starting tomorrow. Our desire to become healthier is often comprised by our immediate impulses, along with a variety of other factors.

No one is immune or can’t be blamed for the occasional unhealthy food choice, but once they do, they just ignore it, thinking that no one needs to know, which just contradicts their diet plan.

What’s concluded is that they’re not motivated enough or they’re just irresponsible. The explanation for this poor behavior is a result of frustration, and the ignorance of not knowing any better. What most lack is not understanding human behavior.

Diets Do Work
Diets at times can create more havoc than good. Asking someone to stick to a diet that’s based strictly on just fats, carbs, and protein, usually results in more damage than intended.

No one diet should also be considered as a “one plan-fits-all.” Instead, it’s better to design an approach for better eating, one which fits all their personal preferences, which then has a much better chance of succeeding.

What needs to be taught are behavioral modification strategies which helps them to remain disciplined when things get tough, such as the holidays.

Dieters need help to navigate through the unhealthy environment that we live in, while adopting better environmental changes as well.