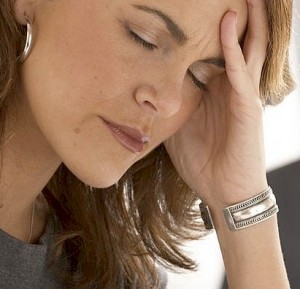 There’s recently been a lot of information recently regarding Memory Loss, only if I could remember where I stored it, says the comedian. Does that sound familiar, has that been happening to you a lot lately, losing things, misplacing your keys, going into a room and not remembering why the heck for. Should you be getting worried that your mind’s beginning to slip.

There’s specific information which deals with when you should begin to worry about memory loss, or if it’s just a momentary lapse of concentration. Most don’t know what the normal symptoms are, or if these signs are the onset of something more serious, such as Alzheimer’s, as this particular disease afflicts over 6 million people in North America.

Does “Training Your Brain” Actually Help Improve Memory
Methods of training your brain does exist, some call it brain fitness, much like making your biceps a lot more firm. There are products on the market which are designed specifically for strengthening your cognitive power, but, some question if they even work.

There is no actual evidence that these aids are helpful since it’s a difficult measurement to gauge, as we all have our good days and our bad days. But there is solid evidence that certain methods of brain training can actually reverse or slow memory loss in Alzheimer patients.

Since it’s still in question whether some of these methods can help a healthy brain, then why even bother with them, right? What our brains does is it will somewhat compensate itself naturally for any memory loss once we grow older anyways. From a health standpoint, however, it wouldn’t hurt to learn some proven cognitive strengthening techniques.

Certain Prescription Drugs Can Affect Temporary Memory Loss
Older individuals are usually prescribed multiple drugs to combat their various medical issues developed by the aging process. Many of these drugs can actually cause short-term memory loss, to temporary dizziness.

The biggest problem is when the various drugs begin interacting with one another. So it becomes a common solution to consider one is experiencing “fuzzy mindedness” when it comes to older individuals which can be caused by the side effects of these prescription drugs conflicting with each other.

Does Lapse In Memory Interfere Or Affect Your Life
“Senior moments” do occur and it’s a common malady among the older folks. It can also become a regular occurrence to lose your train of thought midway through a thought, or a sentence, as you end up asking yourself, “So, what was my point, again?”

We can also wander into a room with a specific task in mind, only to completely forget what it was once we get there. Forgetting things which are trivial is common and normal, and can be a regular occurrence when the brain begins to age. Another cause of memory failure is attempting to do too much in a short period of time, placing unneeded panic and stress in our lives.

So when you’re in a hurry to get the shopping done, this before your company arrives, you may suddenly forget a few grocery items or misplace your car keys. But once you find or remember them once again, you’ll most likely be fine.

Getting Stressed Out Or Being Sleep Deprived Can Cause Memory Lapses
Since we now live in a fast-paced zoom-zoom society, we all tend to do much more than what we’re capable of. The word for it is “multitasking.” When the brain begins to age, it’s simply not able to cope with the added stress, which isn’t the same as being demented.

You become worried about your finances, your kids, or the economy. This worry then turns into stress, which may eventually turn into sleeplessness. It can become a vicious cycle and short-term memory loss is usually the result.

For those individuals who display early signs of dementia, however, they will tend to forget important things even if they happen to be sleeping well, or there’s no stress in their lives. If that isn’t you, then that’s another issue that you don’t need to worry about.

No One Else Notices Your Memory Lapses
Do you constantly repeat yourself without you even realizing it. Do you tell the same story over and over again. It’s a common feature of the older folks, this especially if you need to ask, “Have I told you this before?”

That’s however a good sign. It’s good that you’re still lucid enough to ask about it. Immediate friends or family members can often spot your potentially serious memory problems a lot sooner than the professionals can.

So, if someone that’s close to you, such as a spouse or relative, doesn’t constantly remind you about:
• You missing important appointments
• You constantly misplacing your clothing, or
• You forgetting items from the grocery store, etc.

And you’re still able to get dinner on the table on time, read novels and magazines, remember important phone numbers, then the chances are good that your memory is still sound, and you don’t have to worry. Yet.