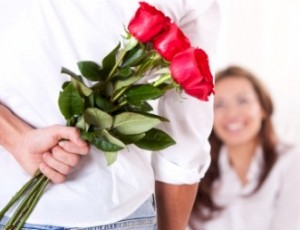 It was going extremely well. She was smiling and it was at all the right moments as well. She was genuinely laughing at your jokes, even the dumb ones. She leaned closer each time you touched her are when whispering in her ear. There’s absolutely no mistake of your interest in her, and she also seemed to be responding in kind.

It’s approaching midnight on a Friday night, and neither one of you were quite ready to call it a night. So you decide to stop at a downtown hotel and then made your way towards the lounge. You ordered a beer and she a Manhattan.

That’s when she suddenly dropped the F-bomb nobody wants to hear. It was like… what the?

She said that she just wanted to be Friends. And no, no as in “friends first.” or not, “Let’s slow down and not rush things.” That would have understandable. But it was clearly, lets just be “friends, period. There was no middle ground, it was a definite, “There’s absolutely no potential for any type of romance here, and there most likely never will be.”

“So what then, what the hell are we doing here,” you wondered. If being friends was all that you were interested in, then you would of have just taken her for dinner at Denny’s.

Instead, you carefully planned and then invited her to an in demand popular dinner show at a downtown theater which was a little out of the way, at least an hours drive. You thought that both of you were beginning to hit it off pretty good, well, apparently not.

“Oh, you thought that we were on a date?” She asked puzzled, being as surprised as possible, even sounding a bit confused.

So the bouquet of red roses that you’d given her earlier didn’t give her any clue, nor the emails that you’ve both exchanged which specifically pointed towards the evening was indeed a “date.”

So Why Does It Happen
So why don’t these ladies get it? With all of the dating instructions and protocols available online, as well as “Cosmopolitan” magazine, why do women continuously overlook the one simple obvious truth: It’s that if someone asks you out, and if it even remotely appears to be a date, then they’re not interested in being friends.. dammit. Dogs are a mans best friend. So please go ahead and burn that little rule into your memory.

Guys will not generally ask a woman for their home phone number, then phone them suddenly out of the blue, and then painstakingly invite them to spend some time together during the evening because they want to be “friends.”

They’re men, they just don’t do that type of thing. When they gather up the courage to ask women out, that means they’re acting on a hunch that they have. They’re wanting to test their potential compatibility, exploring the possibility of any type of spark or romance.

Sure, men and women can possibly be friends, that TV show says so, and they may even have some women friends at work. But that’s a completely different approach altogether. There’s no suggestive physical contact or flirting, or absolutely no romantic signals at any time. And, it works once both parties mutually agree that friendship is all that they want.

But there wasn’t any of that type of agreement here.

So you wonder where or what you did wrong. You even asked your “new friend,” thinking that you could at the very least turn this dating disaster into a learning experience. “Let me ask you… What did I do that turned you off?”

Well, she really doesn’t have an answer or bothered to explain why. It was the “Well, you didn’t really do anything wrong. I’ve had a wonderful time tonight. You’re funny and I really enjoy your company, I also think you’re nice, and I like your quick wit.” She sounded extremely sincere, like she practiced it before.

Well, if I’m so great then, what happened?

Back To The Loop
There are a boatload of longtime bachelors who have the same exact problem. They happen to be that awkward, middle of the road “nice” guy. Trustworthy and friendly, great sense of humor and down to earth. They’re not that bad looking, they don’t bother sleeping around, and most women find them easy and entertaining to talk to.

So you’d think those features would be an advantage. But then the women who happen to see the best in them, or brings out the best, never seems to want them as partners. They’re not considered “boyfriend” material. Every attempt to date then usually ends up with the “Let’s Be Friends” speech.

Frankly, to some, it’s insulting. Friendship isn’t what you offer up as the consolation prize. Once this game begins, we all play to win. If it doesn’t happen to work out, then that’s that. It’s game over and you both move on.

So in most cases, once you tell her that you wouldn’t be seeing each other as friends, she then becomes offended. What? It’s like she turned the tables and decided to play the victim, when she was the one who initiated the rejection.

She asks “Does it really have to be all or nothing?”

So as a male, you just wonder, are all women really this clueless when it comes to how we think and operate?

Seriously, why would you agree to or even bother or waste the time to deny your true feelings, check your emotions or suppress your passion, while she’ll just sit back and enjoy what she wanted out of the relationship in the first place?

What she does is she gains another chum to hang out with, go to the mall with, meanwhile your constantly fighting off any desire. And then she expects or wants you to be okay with that? Really? Don’t think so.

The Dating Process
For men, dating becomes more like a job interview. They’re applying for that open position of being a boyfriend. If the job happens to be already taken, or the woman knows you’re not qualified, then what’s the point in going through the pain and motion as if you’re a candidate. Are you that up for a free dinner?

And no, there certainly shouldn’t be any interest in becoming “friends” with someone who’s apparently so insensitive or unaware that she lead you down the path in such a manner.

If this sounds like you’ve been down this path before, it’s because most have and obviously is a common occurrence. And for most, far too many times. There are other guys who take this same journey, but have decided to making the process more of a project.

Some have also just given up and have withdrawn from the dating game altogether. There’s absolutely nothing that’s worse than listening to another dating prospect say she’s wanting to keep things platonic.

So they then begin to put up barriers to prevent this disappointment from recurring again. They adopt and believe that they have a very real dating disability, all while secretly hoping someone is just around the corner.

Intellectually, some have reached the conclusion that maybe they’re not just meant to be paired. Settling down in the ‘burbs isn’t just part of the grand plan. Their experiences taught them that it’s just the usual rules of engagement when it comes down to it, and it doesn’t work for them. No matter what angle they take, it eventually comes down to “lets be friends” being the familiar refrain.

Losing faith in the ability to be able to create or sustain a relationship, they then instead turn their attention towards other areas of their lives where they actually happen to experience success. They’ve decided that their fulfillment and happiness will have to come from elsewhere.

They explore those relationships for all their worth while celebrating the freedom that they enjoy. While doing so, they also grow accustomed to their independence and gain confidence that they’re able to live just as happily as all of their married counterparts. Why even bother with the obvious headaches of trying to make Dating and relationships work anyways?

Why Having Self Confidence Is The Best Love Indicator