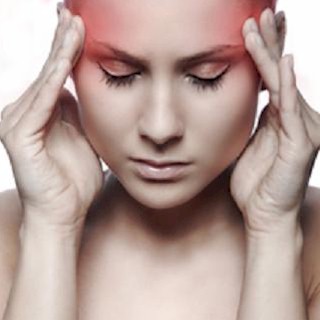 There’s an extremely powerful yet brilliant force, a relatively unknown advantage that we all have which is shrouded in the mystique, and that’s the subconscious mind. Learning to use it more effectively allows the thinking process to become more defined, which offers new perspectives on comprehending better.

There are approximately two million bits of information per second, that the human nervous system processes at any given time. We’re constantly bombarded with information from everywhere. To maintain our sanity, the conscious mind filters out the majority of the stuff.

The Subconscious Processing System
The subconscious mind deals with everything beyond what the conscious mind is paying attention to, this at any particular moment. The instance that our attention switches to something, is when it becomes conscious.

Some physiological parts will always remain subconscious. This shouldn’t be surprising as it’s the subconscious that monitors us at all times. All of our major organs such as the heart, lungs, and immune, is silently efficient because of the subconscious mind.

To Tap The Subconscious
There’s a method that can be used to bypass the conscious mind, this to release the immense raw power of the subconscious, as it commands around 90% percent of our total mind power. The subconscious mind becomes the key, a goldmine of memory, skill, and experiences.

Everything in our brain comes from the “power” of subconscious thinking, so it needs to be positive, this by using affirmations which reinforces and stabilizes our thinking.

An affirmation is nothing more than a short statement that’s in the present tense, which is repeated frequently, this to embed and impress itself into the subconscious mind until it’s accepted.

The ideal affirmation needs to be short and completely unambiguous. This is important since the subconscious mind is unable to assimilate complex or long statements. It’s found that it’s influenced better by using short, appropriately worded statements.

What You Think
By default, what most will do is think negatively by habit, this by dwelling on problems in their life, this by constantly repeating exactly what they don’t want to happen. The end result then compounds, making the original problem even worse.

For instance, someone might constantly say to themselves. “I’ll never pass my exam,” or “I always lose focus when I study, ” or “I just can’t concentrate that well.”

The student will habitually repeat these simple negative affirmations, this either consciously or unconsciously, and then it’s no surprise they fail their next exam, as it’s been affirmed that they can’t concentrate to study.

The Effects Of Negativity
Any underlying negative emotion becomes an active belief or thought, and since it’s of a negative nature, becomes unhealthy, deterring one from getting what they want or deserve in life.

The negative belief that’s felt by the subconscious then becomes a trigger, which sets one up to fail. This can be altered by filling your mind with simple positive thoughts and beliefs, which eventually replaces the negative thoughts.

So instead of using negative affirmations, replace them with the equivalent positive ones, such as. “I know I’ll pass my exam, ” or “I’m completely focused and ready to study,” or “my concentration level is high.”

It may initially be difficult to do as the brain is naturally conditioned to think the worst, this especially during difficult circumstances when the confidence wanes. But like anything else, all it takes is practice.

How Energy Flows
What’s proven is you become what you think of the most. So the more that the positive affirmation is repeated, consciously or not, the quicker it becomes real. Realize it works for both positive and negative affirmations.

So choose to adopt just positive affirmations, this just before drifting off at night, or when first waking up in the morning. Do so while walking, jogging, or exercising.

Feed the conscious mind first, as it’s the best communicator to the subconscious. Repeat the affirmations continuously during the day. Write down and place the affirmations around the home and office as reminders.

The Power Of Subliminal Messaging
What’s known is the power of subliminal messages, this as a method to directly program the subconscious mind. It can be successful by using audio or visual methods.

Subliminal messages can reach the subconscious mind at a level that can’t be detected by the conscious mind, which voids the option of it either rejecting or receiving the affirmation.

Audio subliminal messages are effective in a similar way, as they’re played at a frequency which is just above the normal threshold that the human ear is able to detect.

Similar to visual subliminal messages, the conscious mind isn’t able to perceive these affirmations, while being fed directly to the subconscious mind, which instantly processes it, and immediately takes action.

Both video and audio subliminal messages are extremely powerful, as it bypasses the skeptical meddling conscious mind.

So the key becomes to harness the power of the subconscious mind, and then begin to use it to your advantage. Anything you attempt will then become natural rather than forced.

Top 10 Taboo Things You Should Never Do At Work