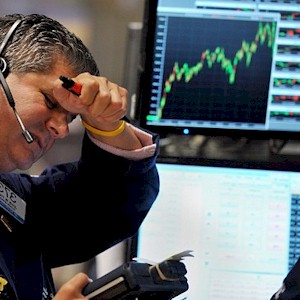 There are some who think investing is too tenuous, while there are others who become conditioned to it’s volatility. Some view trading as an esoteric notation, and rather a field that’s connected to human behavior, and it’s relativity to day to day nuances.

Where certain beliefs about investing comes from is passive knowledge. The conventional thinking being to accumulate an inventory of dictum’s, investing beliefs such as a student preparing for a test. Investing to earn money is infinity more complex.

For some, it comes to them relatively easy. An investor however can’t analyze relationships with the certitude or the precision that a scientist can. They should be more concerned with human phenomena.

To Structure A Plan
The complexity of the subject is what makes it difficult. While it’s possible to develop a set of guiding principles, it’s impossible devising rules which leads to the best course of action, this in every instance.

If you attempt to build an intellectual edifice that’s based on the principles such as strong consumer franchise, high returns on equity, low price-to-earning ratios, rock solid balance sheets, high free cash flow margins, then you may fail.

The entire structure may collapse, as these issues are desirable attributes, but nothing more. They’re not true principles, as they have flaws. Ultimately, investment decisions aren’t made with general classifications, but specialized ones.

Every Case Is Different
Every investment decision requires separate judgment with sound reasoning. What’s needed to begin are the proper principles, but principles themselves aren’t usually enough.

This is where most become overwhelmed, finding out that investing isn’t just simply a matter of ticking items off a list. Most have no idea where to begin.

The starting point is doing what you know best. Begin with your most strongly held beliefs and then subject them to honest scrutiny. You can then apply them to the case at hand.

The Concept Of Intrinsic Value
Some believe that the concept of intrinsic value is valid, that it’s a useful model. If you do, then begin there. What does intrinsic value even mean? What are the conclusions to follow from this belief.

When it comes to intrinsic value, the difficult ultimatum is grappling with paying too much. For some, this is an easy conflict to resolve. Most prefer cheaper merchandise to quality merchandise.

Others find the contrast between intrinsic value and investing difficult to resolve. But to have confidence in your judgments, you need to submit your investment beliefs into honest scrutiny. You need to honestly present the evidence against your thesis.

To Establish Market Beliefs
If you’re not willing to do that, you’ll end up questioning every investment belief you make which under performs. Also realize that most investment techniques will initially lag behind the market.

On occasion, the performance gap is also wide. Regardless of whether you choose a primarily qualitative approach to investing, this short-term under performance is unavoidable.

This unless the investor gets lucky and not suffer a down period. Likewise, it’s also possible to constantly outperform the Index. What’s not possible is adopting a strategy which can guarantee such performance.

Finding The Best Odds
What you can do is find a strategy which offers the right odds. A series of investments using a strategy which won’t guarantee favorable outcomes every time, but provides satisfactory results in the long-run.

The best way is to diversify, which is making a series of trades on separate events with high-probability. Diversifying across different asset classes and securities is however something entirely different.

Even if there are hundreds of great investment opportunities, there’s no point for the investor to win every reasonable trade. There’s no sense in taking on several difficult risks hoping to achieve results, which can be produced by taking reduced liability.

Plan On Diversification
It’s vital you question the unstated assumptions where an investment operation is based, which can lead you to the same conclusion as those who engages in wide diversification, a conclusion you need to come up with on your own.

Most haven’t bothered considering the underlying premise that is diversification, as they’re not sure why it’s even an option for them.

They have no idea if it minimizes risk or if there’s benefit adding additional positions. Diversification might be prudent, but one can only decide that for themselves, this once they’ve considered the benefits of risk reduction against the detriments of selective reduction.

Knowing The Odds
If one spent their life betting on horse races, they would usually just rather bet on the favorites on a few select races, this rather than betting on the most likely horse to win.

The reason being that most know more about people and odds, than they do horses. The likelihood that certain horses in a few races will get a lot of favorable attention, are greater than the odds of they making their own judgment.

So the question remains whether investing in the financial markets is anything similar to betting on horses. The savvy don’t think there’s a connection.

When it comes to investing, most are more comfortable picking the few winners from the losers, this especially once the odds get too far out of proportion.

To Be Selective
The one tactic which would remain constant is taking no action at all, as acting less and practicing discipline is the best advice one can receive, this when money and commitment is concerned.

A successful investor needs to have the confidence in their judgments. There’s no way to gain that confidence without subjecting ones beliefs to honest scrutiny.

A philosophy that’s not proven will never exorcise your deepest doubts, and as long as these doubts remain, you’ll be unable to find the confidence that you need.