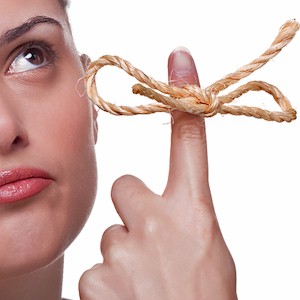 Someone, somewhere in your life, there’s that person that we know will be diagnosed with or are suffering from dementia. Then one of the first questions which springs to mind is, what are the chances that I will get it?

The good news, the quick answer is most likely not. The full clinical answer, however, when it comes to these brain related issues are a bit more complex. If your disposition, for instance, is perhaps a tad neurotic, then continue to read with caution.

So the initial question is what about genetics. If a parent, relative, or sibling is diagnosed with dementia, does that then mean your fate is sealed, and that you’ll inevitably inherit the same.

The answer by many experts claim that you won’t get dementia or become “demented,” where the term is derived from. There are a few instances where the probabilities are raised, however.

One indicator that it can be hereditary, and the odds increase that you too can get dementia yourself, is if one of your parents is diagnosed with dementia before they reach the age of sixty.

When it comes to the horizontal study of dementia, genetic transfer doesn’t usually appear to play a significant role.

For instance, it’s even found that an identical set of twins, which has identical genes, and if one twin happens to develop dementia, there’s no guarantee of proof that the other one will as well.

But That Being Said… The Chances Increase
The chances however for anyone who’s entering their senior years, the odds of they developing dementia increases. The key age point appears to be sixty and beyond, where the probability doubles every five years after that.

For those who are fortunate enough to live into their nineties, the odds are thought to be reduced to one in every four that they’ll get dementia.

The wide range of symptoms which is considered dementia also needs to be placed into better perspective. When it’s said that someone has dementia, it can at times be misleading.

When it comes to the end stages of the condition, these individuals are seriously compromised intellectually, and this is what we generalize when we think of what dementia is.

Although trained clinicians may be able to detect its early stages, close relatives, or a spouse might not notice anything that off kilter, discounting the symptoms as absent-mindedness, or having a seniors moment.

The majority of people will also not move beyond this mild stage of decline, while remaining stable. So the thought that anyone who has dementia will inevitably spend their days in a nursing care home, may be a bit exaggerated.

So even if you are diagnosed with dementia, it’s highly unlikely that you’ll reach or need that high debilitating stage where you’ll need extended care.

But It Does Exist And It Will Persist
But there’s no denying that a certain portion of the aging population will develop dementia, and it will continue to persist since just the delay, and not its cure is known.

So what can you do, are there any preventive measures which you can take to lower the odds of getting dementia. The following are a few steps to exercise, while the remaining issues are beyond our control.

The Accurate Definition Of Dementia
It’s not known exactly what the condition that’s dementia actually is, this since it’s term is a collective of more than fifty different conditions, which all have similar symptoms.

Some forms of dementia are externally caused by exposure to certain toxins, for instance, and fortunately, the majority of these harmful chemicals have now been removed from industrial use.

At one time, the exposure to certain chemicals which were used in the manufacturing of certain headgear, lead towards an increase in dementia among the factory workers who wore them.

Other forms of dementia are associated with high blood pressure. So once your doctor advises that you to reduce your weight, adopt a better diet, and exercise more often, avoiding dementia is one of the reasons.

There are other causes of dementia which have no known causes or foundation, such as incredibly small organisms which carry viruses, or something that’s airborne in the environment.

It’s also known that some individuals with certain genotypes will carry an elevated risk of contracting a certain type of dementia, but is generally associated with early onset dementia.

Overall, because dementia is such a broad range, one contracting dementia, this based on the current state of knowledge, appears at this point to be more of a matter of chance.

It appears that those who lead an active life, keeps fit by constantly exercising, manages their diet, while keeping the brain in shape and sharp intellectually, all can help in lowering the chances of developing dementia.

But then, there’s no truth to the thought that you won’t get dementia if you happen to be in top physical shape, or have a high IQ.

So What About Dementia
So the good news is that you may not be predestined to developing dementia just because a relative, such as a parent has it. And the odds are good that if you do get it, that it will not become that pronounced.

So to prepare yourself, it’s recommended that you lead a healthy life which is full of activity and intellectual stimulation, as this is agreed upon by most experts.

Yet dementia is a condition that many will get, but the odds of you getting any other condition which is associated with older age, are just as great.

Precautions To Make Sure That You Enjoy These Hot Summer Days