The Mystery Of The Human Aura Scientifically Defined
Skip to content 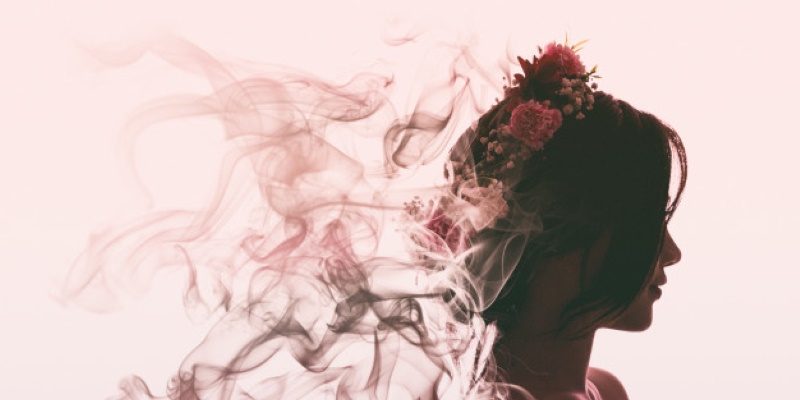 You may suddenly feel uncomfortable when in a crowded room and not know why. You don’t instantly like a perceived villain on TV yet a word is spoken. You suddenly feel your personal space is being violated once a complete stranger nears you.

Then there are certain people, complete strangers who you are instantly attracted to and like them.

This could be a photo of someone you don’t know on Facebook, someone random yet you immediately like them. You pick up on their warm inviting vibe.

These subconscious reactions, these “feelers” are the cause and effect triggered by the human aura. That invisible band of illumination.

This is an invisible radiance emitted by another energy form, who’s intruding on your personal space.

Is It The Sixth Sense

This invisible band, this unseen glow around another human is the reason why you’ll suddenly feel uneasy, uncertain, uncomfortable in the presence of them, or you’re attracted to them.

Yet they may be a complete stranger, and you’ve never seen or met them before in your life.

There’s a reason why your nerves get on edge as you enter a room for the first time, and sense something isn’t quite right.

It’s been proven that the human aura does exist and we all have one. It’s an invisible electro-magnetic field that radiates and projects us.

What we do is give off this electrical energy in various colors of hue, while also absorbing back this magnetic energy.

For those who are extremely sensitive or empath in nature, can feel this force of energy in a room full of strangers.

They feel vibes off those who they may know or who are complete strangers and sense their mood, this once the various energies combine.

What’s known is there are positive and negative energy forms, that’s being continuously intercharged between all lifeforms.

All this is also invisible to the untrained naked eye.

The aura is an extension of our human energy, which could be extremely strong and projecting, or it can be weak and fading.

It’s known to be extremely bright cheerful and colorful, or dull dense and aloof.

This invisible band of energy will follow us wherever we go, which can be sensed by everyone including your pets.

It’s also thought every living entity on this planet that has energy, such as trees, plants, animals, all emit an aura.

The Various Layers Of The Aura

Some claim there’s up to seven layers of the aura that’s emitted by every energy form, which can be felt but not always seen.

The first three are primary, and the most visible to sense by human perception.

An aura can be sensed and seen with ones trained eyes wide open, psychically with the eyes closed, the best conditions under a soft light.

You can see what your own aura looks like, through a mirror when standing against a light colored background with dim lighting.

Begin by focusing at and beyond an object while not directly looking at it.

Your aura can also be observed around the hands while stationed between the shoulders, neck or the head area.

Those who are able to see auras, will mostly observe the mental as well as the planes or ether layers.

These are the visible and colorful layers that the aura projects.

What’s situated closest to the body is one’s physical aura. What it does is represents the body’s physical growth, strengths and weaknesses, and its physical sensations which may be pleasant or unpleasant.

This band of energy is extremely strong and more visible in athletes or celebrities, or those individuals who are thought to be more in touch with themselves.

What they radiate is extremely high bright energy, and usually emitted by someone who enjoys and lives life to its fullest.

The Emotional And Mental Auras

The energy which moves away from the body is what’s known as the secondary layer. What this reflects is the individuals emotional moods along with how they feel mentally at that moment.

This is what someone is currently feeling, what their current mood is about at any given time.

If any blockage occurs in this area, what that does is slows down or disrupts the flow of this energy level.

This part of the aura is also thought to be interchangeable, while fluctuating throughout the day depending on ones mood or energy level.

What this depends on is the emotional and mental stimulation one feels.

This layer reflects the energy of ones spirit as well as its development. The color of this particular level is considered the most distant. Mental sluggishness will usually appear at this level.

Any and all negative thoughts which are accumulated over a period of time, will show up as well.

It’s believed that hues of yellow are the most predominant color at this level.

Reading And Reacting To The Aura

To the trained or sensitive eye, these various levels can be read separately as well as in conjunction with one other. The various colors however are not physically separated by a distinct line or by a space between them.

What they’ll do is appear to change or blend into one another.

One particular color for instance, may at times be more dominant than the others.

As one begins to develop the ability to read auras, viable information can then be detected and derived from the different levels.

Realize that all living things are always constantly changing, as does its energy fields.

As we develop, as we solve our personal issues and problems or reduce our stress levels, as we work through any inhibiting blocks, what we’re doing is balancing our energy.

When attempting to read an aura, never stop once you sense the various colors. Recognizing them is just the beginning of the process of reading auras.

Begin by verbalizing what you see.

Doing so not only defines what you see, but also enhances the flow of your intuition, while helping with an insightful reading.

You could possibly see one color, or a combination of colors thereof.

The colors may also grow brighter or stronger as the reading progresses.

What you need is to rely on your ability to interpret responsibly without bias, using a clear mind on what you see or sense.

Once individuals become comfortable with one another, what their aura tends to do is compliment and blend with one other in an attractive manner. Thus chemistry is formed.

Detecting, learning and analyzing auras, is thought to help you raise your own intuitive faculties.

The Theory Of Luck Challenged By The Probability Calculator

1 thought on “The Mystery Of The Human Aura Scientifically Defined”