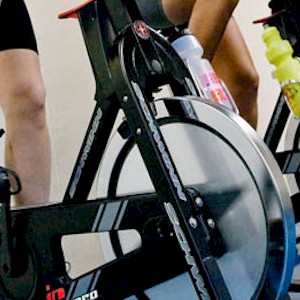 What metabolism refers to is the process, the speed and the efficiency, which the body breaks down the food that we consume, so it could manufacture energy for recovery.

As a result, we’re always on the lookout for finding better ways of increasing our metabolism rates. Research has found that its speed may be strongly attributed to our genes.

So to help this along, what we can do is structure a program which can speed it up if it’s not quick enough.

The key appears to be eating as healthy as possible while combining it with a dedicated exercise program, which limits the tendency for the body wanting to slow down.

It’s known that our metabolic rate is at it’s peak in the morning, and will then gradually decrease as the day progresses. So eating a healthy breakfast will jump start our metabolism, while keeping our energy up throughout the day.

If you have a habit of missing breakfast, what the body will instinctively do is go into starvation mode, which naturally slows down the metabolism rate to conserve energy.

So what’s recommended is eating healthy foods in the morning that are slower to digest, which leaves you fuller longer. So try eating a mix of complex carbohydrates and proteins, such as yogurt or oats.

The Consumption Of Liquids
• Drinking Plenty Of Water – The body staying as hydrated as possible is vitally important when it comes to speeding up one’s metabolism. Research has provided that drinking water may also be the most efficient method of supplying the body with energy throughout the day. What drinking fresh cold water does is it effects the body’s enzymatic processes.

• Drinking Coffee Or Tea – The drinking of either coffee or tea are thought to increase metabolism. Drinking hot green tea also offers a full array of antioxidants, which has properties to fight illnesses such as cardiovascular disease. Green tea is also thought to lower blood sugar, which reduces the absorption of fats. Coffee has also been linked towards increasing the metabolic rate as it’s able to increase the heart rate by stimulating the central nervous system, which burns calories.

Foods Which Promote Metabolism
• Loading Up With Protein – A diet rich in proteins are known to increase the metabolic rate. But protein based foods such as turkey or eggs, however, requires the body to work a lot harder to burn, so aren’t recommended for consumption before a run or an intense workout. Proteins, when compared to carbohydrates and fats, also helps when it comes to building muscle, which in turn burns more calories. The most healthiest sources of protein include, chicken, lean beef, fish, eggs, tofu, and beans.

• Becoming Iron-rich – It’s not thought by many that iron can help in burning metabolism. But since iron is an essential mineral which is important to the function of the body, an iron rich diet can be highly beneficial for better health. What iron is responsible for is transporting oxygen throughout the body. So if it becomes deficient, what it does is it leaves the body fatigued, which decreases the ability to burn fat. Foods which contain iron include, spinach, dried apricots, and certain shellfish.

• Spicing Up The Food – Capsaicin, which is found in chili peppers will increase the metabolic response in the body. So eating spicy food such as raw chili, curry, garlic, and ginger will inhibit the growth of fat cells while improving the muscle to fat ratio in the body. So go ahead and make a morning omelet consisting of spicy pickled vegetables, or add freshly diced chilies into your meals or salads. What adding these spices also does is it limits the sodium intake in the body.

Performing Exercises To Burn Metabolism
• Doing Aerobic Exercises – Although doing aerobics may not build up muscle mass, what it does do is it helps in speeding up the metabolic process. So try joining an intensive class, preferably in the morning, at your local fitness center, or just simply do short sprints when you go out for a walk.

• Planks Squats, And Lunge Exercises – If you’re interested in building up a bit of muscle mass, or don’t want muscle to deteriorate because of the aging process, then perform these strength training exercises which also increases the metabolic process.

• Running, Jogging Or Walking – One of the most effective key ways of effectively increasing metabolism while simultaneously losing weight and getting good muscle tone is running, or you can go for rapid walk around the block. The best results appears to be running for up to 30 to 45 minutes on a daily basis.

• Row Row Row Your Boat – One of the best overlooked exercise which incorporates low to moderate intensity is rowing. This is one of the best exercises which increases muscle tone in both the lower and mid to upper body, while also contributing to excellent metabolism burning.

• Spin Cycle Classes – One excellent exercise is participating in spin cycle classes preferably in the morning. This when the body is at it’s peak metabolic burning period. This is also an excellent low impact exercise, so make sure that you push yourself hard to the limits while participating in this highly intensive workout.

Ways To Make Yourself More Credible By Becoming Believable