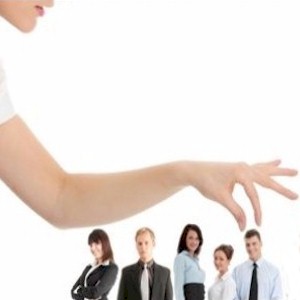 It’s well known that the biggest expense for any company, which can rapidly drain out profits, is the recruitment, hiring, and the training of employees. What’s not known, the gray area which exists is if they’ll work out long-term, or not, this once you’ve placed all of your resources into training them.

The greatest expense is realizing that the employee isn’t going to stick around. They either quit or you’re forced to release them for being substandard. Then the cost and the time to hire and train a replacement is required.

An expense that any business owner dreads. So there are strategies for better employee selection, where the odds increase so that they’re proficient at their jobs, and will stick around in your employ for a while.

Hiring the wrong employee is pure profits lost. Not only do you become deprived as the work flow chain slows down, but what exists are the frustrations of disposing a bad employee, and then hopefully hiring a better one.

The costs of recruiting and then retraining are exorbitant, not to mention the potential costs and the stress that’s associated with a wrongful termination suit. Hiring becomes your most critical task and nightmare.

The Initial Screening Process
Most applicants are rarely what they appear to be, as they will show you their shiniest side, as they are auditioning. One possibility is they may of hired someone to write or plagiarized a polished cover letter and résumé.

Even if it’s their own work, most will lie or exaggerated to fill in the absent time, which is now almost expected. So the best way of finding applicants is by referrals from your colleagues and friends. They’re more genuine.

Have the applicants take a brief assessment online, a simulation for the job that they’re applying for. To make sure that they’re doing their own work, have them do another simulation live during the interview process. There are a variety of such assessments online.

The Interview Process
Interviews are notoriously known as hit and miss, that live job interviews are poor predictors for job performance. So what needs to be developed is a strategy to improve its validity.

Ask each of the applicants the same exact questions and video them if they agree. What doing so does is it enables a fair comparison. Ask questions which are specific to that applicant.

Devote the majority of the interview to job simulations. They’ll reveal themselves better, this rather than asking stock interview questions. For a management position, instead of asking, “Susan, tell me about yourself?” ask them to role play a brief meeting, they explaining a concept and then motivating the team to do a project.

You want to extract vital information, and since the correct answer always isn’t obvious, the candidates will say what they really believe, this rather than they saying what you’re wanting to hear.

Give them six job task scenarios. Ask them how enthusiastic they’d be about spending time during their workweek on such tasks. Make three tasks which are key to the job, while making the other three not vital. If the candidate is enthusiastic about all six of them, they’re not being honest and just trying to please you.

Some are comfortable as part of a team, others working on their own. Know which is better for you. Are they motivated more by money, doing difficult tasks, teamwork, or being an inspirational leader. Does what motivates the candidate match what you’re able to offer and are looking for.

For the majority of professional level positions, what should be considered is prioritizing emotional and intellectual intelligence and drive, over actual skill sets and experience.

One report stated that IQ still remains the best predictor when it comes to managerial success. So what you may want to conduct is a “reasoning” test, which measures initiative.

One word of warning however is that you should be prepared to demonstrate that the actual job relatedness, along with business necessity when it comes to using any type of selection criterion, would not adversely impact the applicants based on religion, race, or sex.

After The Interview Process
Don’t give that much weight to references that they provide. Even the worst candidates can come up with excellent references. For instance, what’s common is getting their significant other or a previous coworker to pretend that they’re the candidate’s superior.

Instead, speak with others who were not used as a reference at the candidate’s previous employment. Describe your position and then ask for their opinion on whether they would be suitable for your job or not.

What this does is it increases your chances of getting a proper more candid response. Even if that person says they have a policy of not giving out references, their tone will be revealing.

An enthusiastic, “We’re not able to give out references but Susan worked here and then left voluntarily,” says a lot. The same words said bluntly or in a monotone, while hesitant, says the opposite.

Whenever possible, try offering the winning candidate a trial employment if they accept. Make sure you use every strategy that’s available to you, as it’s never a slam dunk that anyone will work out.

Keep in mind that once giving someone a permanent position, terminating them is a painful and costly expenditure. So a week or even an 1 or 2 day trial can be an extremely valuable insurance policy.

Hiring The Employee
There’s obviously no set science when it comes to hiring a great longstanding employee. So whenever you’re in doubt, select the candidate who may have a slight “flaw,” such as advanced age, looks, or weight.

This could possibly limit their success when it comes to the employment marketplace, which has little to do with actual job performance. Such employees are usually more loyal.