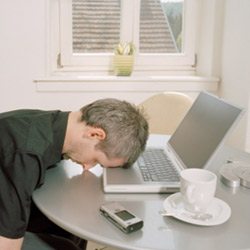 Almost anything that you do in life is based on mistakes, trial and error, the less that you make the better. So when it comes to home based speculative traders, such as in the Forex market, they’re no exception, as there are common mistakes that they all eventually make.

These mistakes generally fall under the psychological aspects of trading rather than the technical trading issues, more often than not. But what’s more important than making these mistakes is knowing what they are, and then hopefully, you’ll be able to avoid them.

So what’s been identified are a few of the most common trading mistakes which are made. If you yourself know or are aware of them, then it’s likely you know how destructive they can be.

Jumping Into A Trading Career Too Quickly
One of the most common mistakes that the majority of Forex traders make is entering into the trading profession too quickly, without knowing or understanding all of the trading nuances and characteristics.

For example, Mark has recently discovered Forex trading, and enjoys the liberty and the finality that it offers. After practicing on a “Demo” account for a few months, refining and then learning all of the basics, he then proceeds to open up a real money capital trading account. Initially, he started out okay as he managed to increase his initial account from $10,000, up to $14,000 in his first month.

Now comes the part when he becomes hooked. The “hook” being the seductive allure of the possibilities of successfully trading part time, from home, and earning a full time income as a successful and profitable Forex trader. He feels that he could scale up the income of what he did in his first month.

The Draw
Mark has been successful in his current occupation as an ad manager, where he’s paved a comfortable living but isn’t wealthy by any means. He doesn’t enjoy the long hours and the constant pressure of the deadlines which are part of the job. He’s been in the same industry for the past 18 years and is considered one of the best in his field.

Even with this success, Mark has been contemplating a career change which will free up more of his time. He knows there are places to go, and things to see, and the time to start is now.

But he feels that the 60 hour work weeks are what’s holding him back from his freedom. Now, since he’s somewhat a successful Forex trading, he see that as a potential outlet and opportunity to escape the rat race.

He then proceeds to weigh out the pro’s and con’s on why he should perhaps move into Forex trading out of his home:
• Working from home has its advantages, complete freedom being on the top of the list
• He could finally take his wife on that long promised extended European vacation. All he needs is an internet connection to trade the Forex
• If he’s able to make $4000 a month on a $10,000 account, he should then be able to scale it up, say earn $20,000 per month on a $50,000 account
• He could finally quit his job, and enjoy the early retirement lifestyle

The Trap
With the dreams which involve worldwide travel on his yacht, providing himself that laid back lifestyle, Mark decides to follow through on his plan, and becomes a Forex trader full time.

He also decides to add an additional $10,000 from his retirement fund, cashes in his other investments and increases the capital in his Forex account to $50,000.

He then tells his employer of his intentions, proceeds to quit his job and then begins to trade the Forex market full time out of his home office.

It appears Mark made the right decision and is now off to easy street, right?

A Path Not Advised
There are some common and major problems which Mark just did, and if you don’t recognize them, then you could potentially fall victim to the same trap. These are the same exact mistakes which leads the majority of new traders to fail and lose their capital and livelihood.

Reasons For Failing
1. Mark was still at the “novice” stage as a trader. Even though he was able to initially make a profit right off the bat in his first month of trading while using real capital, he was still new to the long term nuances of the Forex market. He hasn’t had the time to make all of the mistakes which most traders eventually make over time. All he knows are the basics of trading over an extremely short period of time. Most likely, the initial success that he had in trading during his first month can be attributed to beginners luck, or an extremely trending market.

2. His income is now completely dependent on making a profitable trade. What Mark has now done is he’s placed his family and himself in a position to live off the income that’s derived from the uncertainties of the Forex market.

When Mark initially began trading his small account part time, he still had the guarantee of a monthly paycheck, so the pressure to perform wasn’t there. He was able to take his time, and select the perfect trades while taking the time to better learn how the markets behave. Now he’s placed far too much pressure on himself to perform and make money with his trading account.

As a result, in just a little over seven months, the entire $50,000 account was virtually gone, as he was able to salvage the initial $10,000. Mark’s dream of traveling the world vanished in just a few short months. This unfortunately is too common an occurrence.

Properly Planning Your Trading Career
So before you decide to completely surrender to the allure of trading the Forex market on your boat in the Caribbean, making it a full time career, there needs to be a few keys which should be in place.

Capital – You shouldn’t open a real money trading account on capital that you need to survive on. It should always be money that you can afford to lose.

Know The Markets – With something as big and vicious as what the Forex market can be, just a few months isn’t nearly enough time to understand what you’re doing. You should track and “paper trade” the nuances and the stubborn nature of the Forex for a minimum of a couple years.

Practice Using Demo Accounts – For as long as possible, since any length of time doesn’t appear to be long enough to refine your trading system or methods, as well as properly gauging the possibilities of success or failure, trade with a demo account until you’re absolutely certain.

What Mark needed to do was trade for a minimum of two years to grow his initial $10,000 account, while still working full time. He would of then had a better idea if he wanted to even trade full time for a living. He would then know if he could tolerate the miserable mistress that is the Forex market, this especially after a few months of continuous bad trades which would invariably happen.