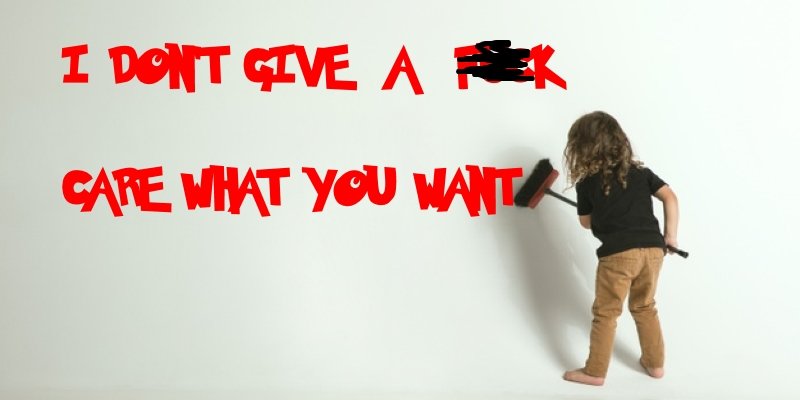 Every day we wake up, we want something right now. Most are minor in nature such as a hot cup of coffee or to go to the bathroom. We then have bigger demands and life quests, which appears on the horizon or the immediate future. All things we want.

There’s something that’s always pending at this very moment, this very second, so it’s usually urgent.

As our thoughts are taken from our imagination to our consciousness, what’s constantly asked is, “What is it I want?”

Regardless if these thoughts are from a small child or a sixty year old, everyone wants something this moment, this in advance of accomplishing or getting it.

Although the “want” is radically different from a child to an adult, the process is the same, this when turning the want into a got.

Getting what you want carries the same weight, the same energy and consumption of your attention.

There’s the young boy who can’t fall asleep on Christmas Eve, as what he wants is that bike under the tree.

For someone who’s an older individual, it could be fretting over wanting to get approved for a mortgage.

What our wants in life become, is an universal chant of wishes.

So is there a step-by-step fast track way of getting our wants fulfilled, quicker and more accurately?

To evolve, is it even worth pondering, since it appears to be a routine evolution of the human condition.

Someone who’s looking to buy a used economy car, envies that person who’s just bought the latest brand new sports car, with all the options.

Someone searching for a small one bedroom apartment, is jealous of someone who just bought a condo in that posh neighborhood.

That condo owner however, wishes they could buy a home in the suburbs. What the suburban homeowner dreams of, is that magnificent beachfront property.

What we constantly tend is to compare ourselves to others, those who has more than us. We rarely look at those who have less.

Someone who has an University degree, will never seek advice from a high school dropout. Instead, they set their sights higher, such as wanting to become friends with someone who has a PhD.

Try seeking the opportunity to talk to someone who’s accomplished greatness. Someone who is a successful entrepreneur you want to meet, for instance.

It’s a difficult process, since they don’t want to talk to you, as it’s not beneficial for them. It won’t help them, they won’t learn anything from you.

You can’t help them whatsoever, so you’re a waste of time to them. They can’t get richer off you, as they’re looking forward and onward.

Who you want to meet is that professional athlete, rock star, that successful entrepreneur, but they have no idea who you are. You’re not on their want list.

Once you begin following someone who you admire and learn their life journey, what they’re planing to do next, what they all have is one thing in common.

What you’ll find about each and every one of them, is they’re looking forward to their next goal. They’re next conquer. What they “want” next, and you’re not it.

Regardless of how great their accomplishments are, they’re never satisfied with what they’ve currently got.

The Fear Of Failure

Everyone has a fear of failing. Often, our wants are rooted in rejection, a fear of what would happen if we failed.

Although the outcome may be different for those who are constantly “looking forward,” the motivation is similar.

To them, it goes beyond the insatiable desire to succeed, but more about the fear of not being more successful.

A high performing individual in business or sports, is forever on the run towards their next goal.

They’re burdened by the persistent fear, that they need to continue climbing up the ladder of success to achieve more.

If they don’t, someone else, their peer, who’s just as ambitious, famous or hardworking as they are, will beat and overtake them.

There are some who’s not always burdened by always “looking forward.” Some are just content with their level of achievement, and happy with what they’ve accomplished. They’re not chasing that dragon.

What’s also known is stability, can be just as hazardous as constantly wanting more.

Someone who has a million dollars in the bank, has their own issues. They wonder if that’s enough money. What if the economy tanks, and their portfolio plummets.

Once someone gets what they’ve always wanted, they immediately fear losing it. The burden that is stability, can be a stressful one.

The Angst Of Getting What You Want

You may have found the ideal romantic partner of your dreams. Your friends, coworkers and family all envy you because of the person you call your partner. That you are happily together.

You found your perfect match, your soul mate, but what you constantly fear is losing him or her.

You worry your perfect partner might suddenly be diagnosed with an incurable illness. They may decide they don’t “want” you anymore, and choose to seek companionship elsewhere.

Once you have exactly what you want, the possibility of losing it is often more frightening.

So I Got What I Want… Now What?

This is the perpetual cycle of wanting something and then getting it. What it can lead to at times is stress, anxiety and suffering.

Whatever your particular want is at this moment, without exception, what it can potentially activate and turn into is a fear.

Wanting is also a pendulum that constantly swings back and forth, this between fear and wanting more.

So if all this wanting leads to is suffering, then do we need to stop “wanting” to become happier? Is not wanting something ever again even possible.

What turning off the want switch requires, is a shift in mindful perception. What it doesn’t need is you getting rid of your possessions, or abandoning everyone you love.

Instead of extreme change, to stop wanting is a subtle process.

Making the transition from wanting to preferring, is the key to not being held captive by the endless cycle which is fear and desire.

Wants are black and white, an ultimatum, I need to get it or else.

But if you prefer something, such as a certain type of career, or a particular type of person in your life, the likelihood of reaching your goal increases.

The reason because you’re more content with what you get, that there are always options. If what you prefer doesn’t happen to fruition, become a reality, all is still well.

What you’ll do instead, is learn to adjust to the circumstances as they arise, this without disappointment.

How To Replace Your Job With Multiple Streams Of Income