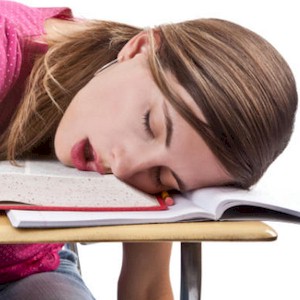 Most who are young virile and busy with their lives will skimp on sleep, thinking they have too much life to live instead of getting more shuteye. As a result, it’s estimated that up to a third of the workforce currently gets six hours of sleep or less on a nightly basis.

What recent research has also found is that it has implications on our long term livelihood as well. The lack of sleep has been associated with the increased risk of: industrial based accidents, automobile accidents, reduced productivity, medical errors, and higher stress levels. All events which can have an impact on our lives.

However, the lack of sleep isn’t being considered a public health disorder as of yet. What’s been researched lately is the potential permanent residual damage which it can leave on our health as we begin to age.

The Long Term Effects Of A Lack Of Sleep

Damage To The Skin Accelerates
The lack of sleep has now been associated with premature aging of the skin. This based on a recent study which compared those who have poor quality sleep to those who slept well.

The researchers found no immediate difference on the groups with extrinsic aging, but have found significant differences when it came to intrinsic aging.

Decrease Of Bone Density
It was found that under lab testing where the subjects were chronically sleep deprived, had decreased bone density which was consistent with osteoporosis.

If this is true as expected, it’s thought that the lack of sleep could potentially be one of the triggers for osteoporosis, which contributes to our inability to be able to repair bone damage as we grow older.

It was discovered that for those who got six hours of sleep or less, or has disrupted sleep patterns waking up often at night, they stand a greater chance of heart attacks.

The entire struggle that we face, this when it comes to restoring the work/life balance is causing us to trade in our much needed sleep to make sure that our duties are completed.

When doing so, it’s found that we’re just increasing the risk of developing cardiovascular disease or suffering events much more drastic such as a stroke.

Increase Of Obesity Rates
What’s been found is that there’s a connection when it comes to the chronic lack of sleep and an increase in obesity. What’s been discovered was that the restriction of sleep leads towards hormonal alterations which causes the permanent weight gain.

As a result, what these changes does is it favors additional calorie intake along with a decrease in energy expenditure, which ultimately leads towards obesity.

Loss In Cognitive Function
Whats been discovered is that losing sleep which becomes routine can lead to serious irreversible loss of brain cells which fails to regenerate.

The testing was based on the sleep schedules of shift workers, and it was found that there was a connection between a lack of sleep and damage to the neurons which are associated with alertness.

Lack Of Production
What the researchers found was that those who suffered insomnia especially in midlife increased the likelihood of they retiring earlier, this because of compounding poor health or disability.

This data was collected from blue collar laborers to white collar office workers from midlife and beyond. What they discovered was that 40% percent of the test subjects reported insomnia beginning at around 50 years old.

It was found that this insomnia was the main contributor which was associated with early retirement, this due to failing health or becoming disabled. Those who reported incidences of prolonged symptoms of insomnia were two times more likely to be forced to quit working.

Increase Of Major Illness
What’s been studied is the link between sleep loss and major illness. It was discovered that those who got less than six hours of sleep increased the risk for colorectal polyps.

Those with poor sleep also had higher scores when it came to tumor recurrence. Another study reported that males that were sleep deprived were two times more likely to develop prostate issues, than those who slept at least 8 hours per night.

Getting A Good Nights Sleep
What’s known is that for most of us, the amount of quality sleep that we get is a life choice that we make. What we usually choose is doing that one more thing before going to bed, that one more email to send out, with delays or disrupts the quality or length of our sleep.

So what needs to be observed is if we need to respect and rethink the amount and quality of sleep that we get, which is important to us. That we need to alter our mentality of poor sleep that most of us have adopted.

We need to rid of the 24/7 lifestyle that we currently live in, and replace it instead with a healthier mindset of getting that extra hour of sleep, this instead of losing an hour.

Learning To Forgive By Releasing The Blockages Of Your Past