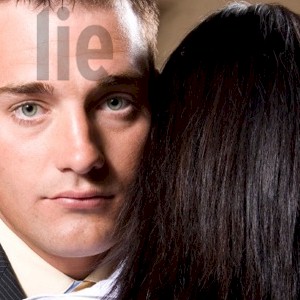 One of the most popular genres in cinema is about the scam, shysters, the con artists among us, those who outright lie. Unethically extracting their mark from their money. They go beyond telling little fibs, as they have mastered the art of deception.

As a result, there’s been a number of studies in the attempts to detect whether someone is lying to you or not. The biggest problem being that there’s no obvious surface cues which separates if one is telling the truth, or outright trying to rob you blind.

One of the biggest problems is that we often use or rely on the wrong signals. We’re taught to detect whether someone becomes fidgety, begins to shift their body nervously, avoids direct eye contact, or their inappropriateness while speaking. It’s found that these usual characteristics aren’t always the best clues to whether someone is actually lying or not.

The Art Of Lie Detection
So it doesn’t mean that it’s completely impossible to detect whether someone’s lying, especially to you. What we’ll often do is make immediate judgement while solving problems strictly through our conscious thought.

If you’re asked to detect whether someone’s lying to you, you’ll then more than likely spend the time to think about your interaction with them, and then make a judgment.

At times, you’ll engage in unconscious thought. You have a certain problem or issue which you need to solve, or a decision that you need to make, so you just remove yourself from the problem and continue with your day, thinking and doing other things.

Then eventually, the solution to that problem will suddenly come to you. Often, you’ll find that you’re thinking about the same issue differently, but from a completely abstract angle.

The idea being because unconscious thoughts are able to take more characteristics of a particular interaction into consideration, where conscious most thoughts just relies on what’s being said.

Also, it’s thought that unconscious thoughts may be able to capture different aspects, ulterior motives of an interaction which would be more difficult to isolate when thinking consciously.

A Study On Why People Lie
The study involved three groups of participants who were instructed to watch a series of videos, and were then asked whether they thought the people were lying not.

The first group was asked to make an immediate judgment directly after viewing. The second group were asked to think about each of the videos consciously for a few minutes, then decide whether they thought they were lying or not.

The third group was given a difficult task to do right after watching the videos, thus becoming distracted, and were then asked to decide whether they thought those in the videos were lying or not.

The first group and the second group both had difficulty in determining whether anyone in the videos were lying, and who was telling the truth.

The third group who became engaged in the distracting event did a lot better, as they were able to correctly detect close to two-thirds of the time whether someone was fibbing. Although it wasn’t perfect, this group was considered better than just guessing consciously.

What these studies attempted to reveal was whether their judgements improved when thinking conscious thoughts, or whether it was just a result of being distracted.

Knowing How And Why People Lie
Another study had the participants view a number of videos of people who were either telling the truth or flat out lying. The videos were coded with various visual cues such as the lack of details in the stories, if they gave direct eye contact, and different degrees of tension in the voice.

Some cues such as how pleasant the facial expression was, were associated with telling the truth. Others, such as tension in the voice was usually associated with lying.

The study had a few of the participants judge the people in the videos immediately, while others were engaged in conscious deliberation, and others in complete unconscious thought.

Similar to the other studies, those in unconscious thought did a better job of separating those who they thought were telling the truth, or were lying. Statistics were used to determine which cues that the groups used to make their judgments.

Participants who were in the controlled and conscious thought conditions all tended to pay more attention to the cues which were easier to detect, such as eye contact, which are not really correlated with whether people were actually telling the truth.

The participants who were in the unconscious thought group were much more likely to use the cues such as vocal tension, as well as the length of pauses in speech, which are more associated with lying.

So Who’s Lying
It’s proven difficult to determine whether someone is telling the truth or not. If you’re concerned about attempting to make an immediate judgment about lying, then you should give yourself a bit of time from the interaction before making a final judgment.

Doing so should improve your odds of deciding whether you were lied to. But if you’re really concerned whether you’re being deceived, it’s recommended that you spend more time with a cross section of how different people react.