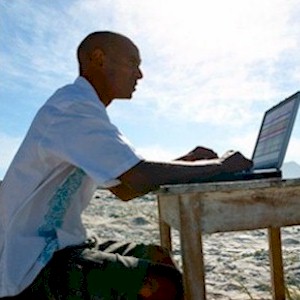 What you need is a cutthroat mentality. So not everyone is suited to becoming an entrepreneur, try as they might. Many will get fed up however, feeding the “rat race,” and then decide to begin their own startup, only to find that they might be in over their heads.

They don’t have the right attitude, their skill set comes up a little short or aren’t appropriate. Yet, they continue to waste their time and resources, along with wasting the time of everyone else they engage with, who either invested in them or works with them.

It becomes difficult to decide if you have what it takes, the fight, the drive, whether the intestinal fortitude is there.

It’s found to be difficult to measure, if one has the goods to dangle or not, but there are certain clues, red flags. There are a few signals that you might not have what it takes to be an entrepreneur at this time.

You’re Too Sensitive
The more you learn about the greatest entrepreneurs, the more that you realize that although these individuals are admired for what they’ve accomplished, they’re not always that liked.

To become successful, what needs to be made are certain decisions which always won’t be popular. Tough decisions need to be made to cut the fat, regardless of how unpopular they may be.

What you need is a lethal mentality. The will to throw the dagger, this for the greater good, at times placing the lives of others in jeopardy. Realize you’re not a philanthropist.

In It For The Money
What’s known is that becoming a successful entrepreneur can be a lucrative occupation. Others include marrying into wealth, or winning or inheriting money.

There are just a select few entrepreneurs who generates wealth however. The very high majority struggle to make ends meet, and will eventually give up and fail.

Most struggle to get by, most are in the red, bleeding losses year after year with no solution. Once all the expenses are accounted for, most are able to barely squeak out a living.

Fail To Face Challenges
The core of the entrepreneurs motivation is passion, thinking that they’ve developed the next great “breakthrough” that will pave their way to success.

But once they stumble, they face resistance, what they get is easily discouraged, many will quit instead of facing failure and learning.

The most successful of entrepreneurs won’t quiver and hide, or optimistically believe that their latest greatest idea will work. What they invite is failure so they can improve.

They Have Resilience
What they’ll pragmatically focus on is “if” their idea is viable. They want to know where and what the flaws are. They seek out criticism, and then set out to solve them to improve or tweak their product.

They’re more interested in becoming successful, this rather than their ego taking a beating, they don’t care. They hope they are proven wrong to get better.

They’ll test and test again, this to find out how their target market reacts, a process of elimination, expose where the flaws are, this sooner than later.

Find A Need And Fill It
The most accomplished of entrepreneurs will rarely come up with anything new, they won’t disrupt what’s already working in the marketplace.

There are exceptions, but what the majority of new entrepreneurs, the countless wannabes, will do is sink their entire life savings trying to reinvent the wheel.

What the most successful will do is take the path of least resistance. They’ll take a step back and look at how the world works, and then build something better to support the existing system.

What they’ll do is focus their time on better execution, this instead of attempting to change the behavior of the masses.

To Be Independently Unique
The wannabe entrepreneurs love to describe how or why their mentors of business paved their path, and will try to emulate them.

Although they do provide great inspiration, and it’s great to admire what they’ve done, but they’re totally unique. You or anyone else will never have the same experiences.

You won’t get the same breaks, you won’t be in the right place at the right time like they were. You don’t have the same talent, circumstances, or the connections.

The odds of what happened to them happening to you are microscopically small, almost impossible. Very few will have the same resources, timing, drive, or personality.

The Hunger Isn’t There
The media portrays a typical successful entrepreneur working two hours a day while making thousands off their computer, and are golfing before noon.

This is also what the overly hyped marketing “gurus” will proclaim, this to sell their product. But reality strikes. You need to work hard, treat it like a real business, at times risking everything.

There are just a few exceptions who are able to avoid this. Rare are those who magically becomes an instant successful entrepreneur overnight.

What it requires is constant commitment, having the unique sense and the discretion of predicting right, and then taking action, this in spite of all the compounding wrong ones.

This can only come with experience, trial and error, making a lot of mistakes. The more time that’s spent on doing the right things right, learning to eliminate and avoiding the mistakes, the quicker the results.

To Go All In
You can’t be lazy, there are no shortcuts, you have to work hard, take action, be ahead of the curve, and forge your own path by tweaking whats already been proven to work.

You need to establish a blueprint, and then prove that it’s a money maker by working it. If you don’t, then no one will help you or care.

How To Overcome Fear To Create Happiness In Life