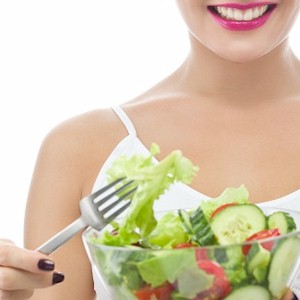 There’s an on going debate within the produce community, between the nutritionists, the food scientists, and the farmers who continue to argue the elements of what constitutes a vegetable, while all agree on their value.

Strictly speaking, by definition, a vegetable is classified as any part of a herbaceous plant that’s eaten by humans as a food source. So lettuce, for instance, would be a vegetable, as would asparagus, carrots, and garlic would. Others would include peas and beans, peppers, squash, etc.

There’s also the classic debate about tomatoes, whether tomatoes should be considered a fruit or a vegetable, this based on specific botanical definition.

Other botanical and culinary fruits and vegetables includes green peppers, pumpkins, squash, nuts, herbs, grains, seeds, and fungi such as mushrooms. What’s focused on is their core culinary and the nutritional values of these vegetables.

Asparagus
What servings of asparagus provides are close to 60% percent of the daily recommended allowance of folic acid. Asparagus plays a key role when it comes to vegetables which are helpful in the prevention of spina bifida.

It’s complete with a wealth of nutrients, providing superior dietary fiber while being low in sodium. Asparagus is one vegetable that contains no fat or cholesterol, making it a dieter’s best friend.

Broccoli
Broccoli is extremely high in dietary fiber while also having a full range of vitamins other than vitamins B and D. Broccoli also has no saturated fat or cholesterol, with just a trace of sodium.

As a result, broccoli is another favorite vegetable when it comes to those who are attempting to lose weight. Broccoli is also an excellent source of protein, which becomes extremely helpful when attempting to combine various vegetables to create a complete protein source.

Cabbage
Cabbage is part of the cruciferous family of vegetables. Cruciferous derives its name from the cross (crucifix) shaped flowers. Research has found that the phytochemicals which are found in cabbage, known as indoles, will inhibit the growth of major illness in the colon, stomach, and breast.

One issue however, with consuming excessive amounts of cabbage is that it can potentially lead to problems with the thyroid gland. Cabbage that’s prepared in salads such as a coleslaw, has significant amounts of vitamin C, iron, potassium, and calcium.

Carrots
Most are aware that the mighty carrot, sweet and crunchy, is one of the highest nutritional sources of vitamin A. Carrots are also noted to be an excellent source of antioxidants.

The consumption of carrots are capable of reducing heart disease, improve vision, and protect against major illness, all excellent qualities which are associated with this root vegetable.

Most don’t realize that a diet that’s rich in carrots also helps in protecting from unwanted airborne substances such as the exposure to second hand smoke, along with all of the dangers that’s associated with it.

Celery
Celery is one of those vegetables that most will either love or hate, this because of the difficulty to acquire it’s unique taste. One thing without a doubt is that it’s a superior food for dieter’s.

The reason being that celery has extremely high fiber content, while being an excellent source for vitamins A, C, and K, phosphorus, calcium, magnesium, pantothenic acid, manganese, riboflavin, folate, and potassium.

What celery has, however, is a high content in sodium which isn’t that favorable when it comes to better nutrition. Those attempting to lose weight love this food since what it contains are negative calories, which means it uses up more calories to consume it.

Corn
A diet that includes corn along with other foods which are high in beta-cryptoxanthin, which is a carotenoid that’s also found in pumpkins and red bell peppers, can potentially reduce one’s chances of developing major illness in the lungs.

Fresh corn is also beneficial because of the amount of fiber that it contains along with folate.

Lettuce
What romaine lettuce fulfills is a significant portion of the daily recommended requirements of vitamins A, C, and K. Lettuce of all varieties are highly noted for their high content of folate and manganese.

Since a single cup serving of fresh lettuce adds just 15 calories to your daily caloric intake, it provides as an excellent choice when it comes to reducing weight. Just be moderate on the dressing.

Radish
What radishes offer is the ability to add piquancy to any garden salad. They are an excellent source when it comes to optimizing better health since they contain high dietary fiber, low fat and low cholesterol.

What consuming just a handful of raw radishes does is it provides vitamin B6, vitamin C, folate, potassium, riboflavin, copper, manganese, and magnesium.

Spinach
What raw or lightly cooked spinach does is it provides one of the highest rankings of nutrition of all vegetables, this when it comes to providing a complete array of needed supplements.

Spinach is extremely high in dietary fiber while getting top grades for every required nutrient that’s identified, with the exception of vitamins B12 and vitamin D.

It’s also low in saturated fat while being low in cholesterol. What spinach does contain however, are higher than normal amounts of sodium.

How We As Humans Mark Our Territories To Claim Our Space