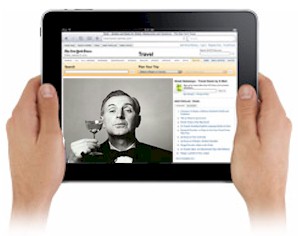 A friend and I recently attended a seminar, and during a break between speakers, a complete stranger comes up to us, points and snickers; “So do you actually still use that thing?” he asks, condescendingly and annoyingly pointing towards my friends Blackberry, as if it was an ancient relic and a complete uncool tool.

“Well yes, I do,” he said, while simultaneously texting someone from the functional keypad. The gentleman went on to state the only tech products that he uses is Apple and nothing else.

As we decide to pay less attention to him as he rambles on about his preference for the almighty Apple Products, such as the shiny white iPhone which he held in his hand.

We’ve all heard this type of speech before. Even recently, there’s been quite a few judgmental glares, silent accusations and exchanges where people will just begin criticizing or looking down at you because of your technology choice, rather than just ignoring or engaging in a friendly debate.

What’s beginning to form is a class society just based on technology discrimination based strictly on the device which we choose to use. It’s becoming a form of snobbishness and bordering on bullying.

Tech Dinosaurs Not Cool
The technology nerds who are up to date or deems themselves trendy can talk for hours, mostly complaining or making fun about all the tech dinosaurs out there, while using vague or pointless justification for why anything but the latest tech is inferior. So as a result, some may even actively discriminate just on that basis.

There’s been reports that certain high-tech companies who claim they’re on the edge of high technology will immediately refuse job applications if the respondent uses Yahoo or Hotmail as their email address. They’re immediately eliminated since they’re deemed not relevant or hip enough because they use an uncool email provider.

Independence, as well as critical thinking doesn’t really seem to translate that well in today’s fast moving tech culture, a virtual pantheon existence which is created around everything that’s Google or Apple, and nothing else.

These two companies combined, they possess close to 80% percent of the entire smartphone market for example. So if you use any other, you’re considered an outcast by your peers. Apple also enjoys a 71% percent share of the tablet PC market with their iconic iPad.

Google And Apple Setting The Standard
Although it may be insulting to some, but the Google’s and the Apple’s of the tech world results in social based stigma, this becomes a bit contrary to some who at one time resisted and were wary of any excessive power or dominance.

There’s this struggle which is developing for some to understand why these tech powers and their firm “Iron Fist” grip insists that all consumers should be, and are being force fed, swallowing without choking, their technology brand and nothing else.

It may be different for instance, if Apple products were only able to communicate with just other Apple products, and if you wanted to do so, you would need to buy an exclusive Apple product, but that isn’t the case. Apple and Google does not own a propriety stranglehold over technology, but just a highly recognizable brand name.

Some will argue that certain individuals are just so enamored by these tech giants and their fabulous products that it becomes a standard, and that they’re just wanting to share and spread the wealth.

This type of thinking resonates with the masses, but it doesn’t quite justify the judgmental, and at times the harsh manner in which people stand behind their tech choices.

The bullying and snobbery considerations only arise once all the sensitive issues are activated. But does the choice of email provider you use, or the cell phone manufacturer which you choose even qualify for the abuse.

For those who grew up being force fed Gmail or Facebook, it does make some sense why they use these brands, products and services. For the older generation however, these types of forced trends were once clothing, or the type of car that they drove instead of tech products.

There really weren’t any instance however, when someone, a complete stranger would begin mocking someone else for wearing “non-designer” clothing, or driving a certain type of car. So why does it happen when it comes to high tech products.

Buying Into The Trend
It becomes rather easy as well as somewhat overwhelming with the constant globalized state that we now live in. This may be the reason why we still insist on clinging on to certain outdated trends, imposing them on others without considering the individual’s decision to accept or reject them.

For most, there’s comfort which lies in mainstream beliefs. Those who decide to hang on to the fringes will risk alienation, which has a double impact since our tech preferences happen to be becoming quickly obsolete as well.

So the next time that you see someone reading a newspaper, or a paperback novel, writing down notes on a piece of paper using a pencil, just keep in mind that it’s their own personal choice that they made, just like when you made yours.

We As Consumers Live In A Copy-Cat Orientated Society