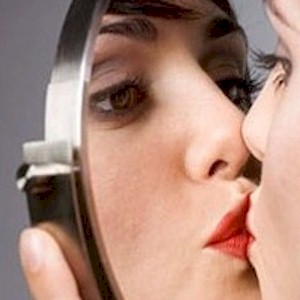 What our current society and peer pressure dictates is that the majority of us be upstanding citizens, that there’s an obligation to be honest, to be morally decent. Those who follow this admirable tendency are referred to as having integrity and humility.

Honesty is defined as someone having an exemplary sacred personality, an outstanding habit of transparency, and these traits are usually observed and honored across most cultures. The individuals who believe in this particular attribute are sincere, modest, and fair.

They don’t, won’t exploit others for their advantage, for shame, or to profit, even when there’s no form of retaliation to do so. But for those individuals who are bordering on the polar end of this particular trait, instead, are though to be arrogant, haughty, and dishonest, they can’t be trusted.

What they lack is complete empathy for others, they relish on exploiting individuals when they have the upper hand, they prey on their weakness, generosity, or vulnerability. In a word, the definition is narcissism.

Honesty And The Narcissist
At times, you, the extremely honest and humble person will somehow end up in a romantic relationship with the narcissistic types, the magnet being that opposites attract, and they often do.

But after a while, after the courtship, after enduring and going through a period of discovery, what’s revealed is the exploitation, being outright lied to or cheated on, the honest person will then often wonder, why me.

“How, why, did I ever allow myself to end up with this individual?” or “What’s wrong with me, that I would tolerate such manipulation along with the exploitation?”

It can appear like an outrage to them, but what the experts claim is that there’s no reason to doubt or question yourself, or wonder about your choices in judgment.

The Attraction Of The Narcissist
Narcissists initially tend to be extremely loyal and alluring, they also appear sexy to the eyes and daring to the soul, this because they spend a lot of time crafting their self image.

They’ve refined themselves to the point on how to dress properly, walk and talk eloquently, in ways that will literally charm the pants off you.

There’s an explanation why the nice honest god fearing individuals, such as yourself, will often stumble and fall hard for these narcissists types, usually when you’re vulnerable.

The Allure Of The Narcissist
What the majority of narcissists will do is initially appear extremely open, humble, and forthcoming. They appear completely transparent by volunteering to reveal their past, the mistakes that they’ve made, they’ll offer you full disclosure.

They’ll confess extreme life altering events such as their best friend and their ex cheating on them, or having left the scene of a car accident because they were drunk, etc.

The honest person will hear these types of reveals and think to themselves, “Wow, is this person ever honest, that they’re willing to admit such things to me!”

The real reason being that what narcissists lack is empathy, they simply don’t realize or care that their disclosures are revealing negative character traits. They instead may see them as showing how desirable, clever, brave, or adventurous they are.

I Can’t See You
There’s strong evidence which supports that those who abide by being honest will tend to view others, particularly those who are close to them, as being more honest than they are. On the flip side, narcissists will tend to see others as being dishonest or untrustworthy, and as a result, they see that their genuine “honest” partners deserves to be exploited.

What honest people will usually give these differences is the benefit of the doubt, this once the exploitation begins.

But, But, I’m Committed To You
What the majority of honest individuals feel is an obligation for giving strong dedicated commitment to their relationships, this including their narcissistic partner.

After the glorious and passionate beginning of their relationship, once the smoke clears, what the honest person slowly discovers is that the they fell in love with a narcissist. They catch them lying or cheating on them on numerous occasions, getting exploited such as getting hit up for money, etc.

Ironically, there’s a bit of truth to this, as it’s now realized how shallow that the relationship is, as it’s based solely on physical passion.

So to avoid making their narcissistic partner feel bad, the honest person, who’s completely sincere and committed, and loathes exploiting others, might just choose to give the relationship more time to work out.

While doing so, the honest person is likely to feel guilt and shame, this because it’s becoming clear that their relationship is completely hollow, and they allow it to continue.

The Honesty And The Narcissist
If you consider yourself to be the honest person, and are stuck with someone who’s a narcissistic, it’s advised that you somehow forgive yourself for tolerating all of the lying, cheating, the exploitation that you’ve faced.

As you can clearly see now, it’s because of your superior human qualities of fairness, sincerity, trust, and your modesty that allowed such a dishonest person to slither into your life.

Never think of yourself as a victim, a sucker, or a target. The next time, you’ll be more aware of the signs of the callousness, and you won’t think twice about allowing another narcissist type back into your life ever again.

Believing In The Magical Mystical Path For Abundant Living