How Stress Alters The Chemicals In The Brain
Skip to content 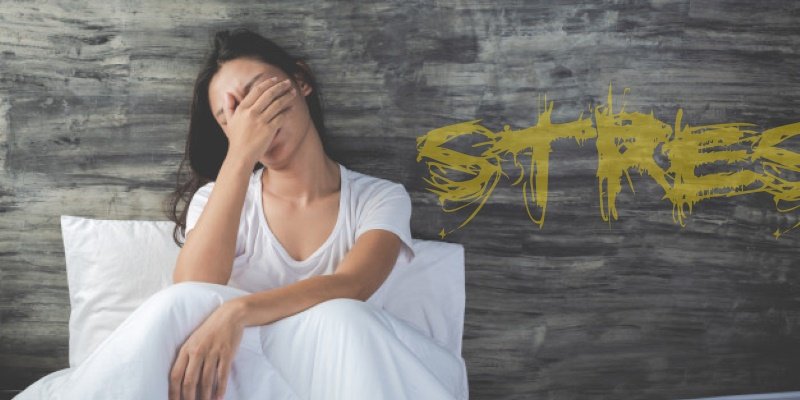 This is stress. That harsh rapid pounding thump that feels like a freight train running through your head and soul. Your mind and heart throbs, as that industrial vise like pressure clamps in. It’s known that stress damages how the brain should properly function.

To sustain a healthy functional brain, to maintain its intended structure connected and flowing, this stress level needs to be reduced.

What’s known for certain is that children and young adults, who are exposed to constant stress early in their lives, are more prone to having mental health issues when older, than those living a sheltered serene life.

The Damage Of Stress

It’s known that post-traumatic stress disorder, has the ability to trigger and alter changes in the structure of the brain.

This includes the areas on the brain we use the most, such as its connectivity to the amygdala.

What’s been studied, is understanding exactly how stress affects the structure of the brain as adults, along with how it affects its functionality.

It’s been found that chronic elevated levels of stress, does is generates the overproduction of myelin, while producing fewer neurons.

How Stress Alters The Neural Networks

What our brain contains are both white and gray matter. What the gray matter is abundant with, are nerve cell bodies.

They’re responsible for the operation of the brain’s higher executive functions, such as calculating, advanced deciphering and core decision making abilities.

The white matter is comprised of axons, which creates a network of interconnected fibers that bonds the neurons, while creating a communications network between the various areas of the brain.

The white matter in the brain, is referred to as such because it’s a white fatty myelin sheathing, that surrounds the axons, allowing it to speed up the flow of the electrical signals between the regions of the brain.

The Function Of The Hippo

What’s been extensively studied is the function of the hippocampus, and its relationship to how the brain is pressured because of stress.

What it revealed was insight on how this white matter, altered those who suffered from conditions such as autism, schizophrenia, ADHD, and depression.

What the hippocampus does, is it regulates our emotions and memory, while also playing a key role in mental disorders.

It’s known to shrink under pressure when under extended periods of chronic stress.

What happens is the connective wires begin to harden, which results in too much white matter in certain areas.

The brain then attempts to trim the fat through neural pruning, this to maintain efficiency as well as streamlining better communication within the brain.

How Cortisol Can Malfunction In The Stem Cells

Cortisol, which is known as the stress hormone, is thought to create a domino effect between the hippocampus and the amygdala, which creates a vicious cycle of the brain becoming predisposed to the “fight-or-flight” scenario.

Chronic stress has the ability to flip a switch in the stem cells, which alters them into a completely different cell that inhibits connections to the prefrontal cortex.

The purpose of the prefrontal cortex, is to improve learning and memory.

What studies have found is that chronic stress, makes the stem cells in the hippocampus mature quicker into another type of cell, known as the oligodendrocyte, which produces the myelin that sheaths the nerve cells.

What the long-term effect these oligodendrocytes cells play, is they can force permanent changes in the brain, which can set the stage for potential mental health issues later in life, such as dementia.

The Effects Of Chronic Stress

What experiencing chronic stress does, is it decreases the number of stem cells which matures into neurons, which possibly provides the explanation why stress affects learning and memory retention.

The brain usually doesn’t produce enough oligodendrocytes on its own from the neural stem cells, this similar to a vine which spreads out and wraps itself around the axons, which insulates as well as supports them.

Test subjects with high levels of cortisol caused by chronic stress had fewer neurons, while having an increase in oligodendrocytes.

By blocking the same number of cortisol receptors, it was discovered the process was tied closely to the stress hormone.

Although this sheathing is considered vital to the human brain, the formation of myelin can be good or bad, this depending on the place and time.

The Flight Or Flight Response

This excessive sheathing could have potentially evolved to bolster the connection between the hippocampus and the amygdala, which can improve the fight-or-flight response during threat or attack.

Unfortunately, in the modern hectic world we live in, the chronic stress we experience can completely hijack this fight-or-flight response and then backfire, which forces us to act erratic, crazy, when there’s no actual physical danger.

The Sculpture Of The Brain During Our Lifetime

Routine and regular physical exercise, which also includes mindful meditation or yoga, are thought to be extremely effective methods to reduce stress, which lowers the cortisol levels.

Although the study didn’t focus on what the benefits were when it came to reducing cortisol, what’s suggested is by making active stress reducing lifestyle changes, improves for better brain structure along with connectivity.

This Is Your Brain On Stress

What’s been studied is if stress in infants, can affect their brain’s white matter, and whether chronic stress early in life decreases resilience later on in life.

What was found, is that moderate stress such as reading or studying for an upcoming exam, can actually build stronger circuitry as well as improve resilience.

What’s created is a brain that’s extremely vulnerable to mental disease, this based on the patterning of the white matter that’s formed when infants.

The structure of the brain, is also constantly going through plasticity changes, as behavior, chronic stress, and the mindset never properly recover.

The power of this plasticity makes it possible, to change its function along with the brain structure throughout our lives.

All we can do, is make conscious behavioral and mindset choices on a daily basis to reduce the stress levels in our lives, which then improves the structure of the brains connectivity.