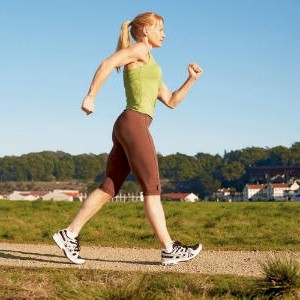 We all want to be smarter than we actually are, that’s just human nature. We also want to avoid any diseases or any unknown adversities which could potentially damage or blunt the health of our brains.

So you may be wondering what the best way to keep it as shiny, healthy, active, and as sharp as possible is. We also want to how to maintain it so it’s functioning as efficiently as possible at peak performance.

So based on research over a number of decades, it’s been discovered that one method is feeding our bodies and minds with proven healthy brain food, which activates and encourages its senses.

But the best actual source to better our brains that’s been discovered may not even be actual food, vitamins, protein, or any type of natural supplements.

It’s been found that being physically active, specifically exercising, has the best benefits for the brain. Does “activity” also involve doing difficult crossword puzzles, learning how to read a new language, developing a new mission in your life? Yes they do help, but not entirely.

Although these activities will surely help, but the key to better brain health and longevity is as simple as physically exercising the body on a consistent basis. There is solid evidence that it can be this easy.

Doing moderate cardio exercises such as, aerobics, pilates, hopping on the bike, going ballroom dancing, or just walking around the block can protect your brain from rapid aging. So listed are some of the recent findings which promotes exercising, and its link to a healthier brain.

Physical Activity And Better Cognitive Functionality
In a study based on elderly adults, the one’s who were constantly active by either gardening, taking brisk short walks, or biking, maintained their cognitive functions better for the duration of the study. Their sedentary counterparts, however, scored significantly lower on the same tests.

This cognitive decline, although it’s inevitable because of the aging process, was slower in those individuals who kept as active as possible by regular consistent activity.

Routine Exercising Improves Memory
Fitness experts performed a test on two groups of older adults. The first group was part of a regimented walking program, while the second group were completely physically inactive and stationary. The group that walked, unanimously, performed better on all of the cognitive scores.

They were also able to retain better memory volume in the hippocampus part of the brain, which is the area that’s responsible for remembering different types of learning and retention. It’s also the area of the brain which involves the genesis and regrowth of new brain cells.

A typical older adult who was part of the walking group, also improved or developed the hippocampus activities of someone who would be years younger. It’s been realized that everyone’s goal should be to achieving a more youthful hippocampus.

Moderate Activity Prevents Dementia
After reviewing various tests and studies, fitness experts has come to the conclusion that what exercising does is it gets the heart pumping faster, by doing moderate forms of aerobic exercising, and is identified as the key therapy against developing dementia.

But since there’s a lot more evidence on this based on animal studies, and it always doesn’t translate the same to humans, more research is required on human subjects, but the evidence is compelling.

The health of your brain is just one of the reasons why all individuals should be adopting and motivating themselves to exercise as regularly as possible.

What exercising is able to do is:
• Instantly improve one’s mood
• Makes the bones a lot stronger
• Lowers the risk of preventative heart disease
• Directly boosts up the immune system
• Discourages the onset of diabetes, and
• Reduces and then moderates high blood pressure

Routine exercising also controls one’s weight while regulating the diet intake by making the cells burn a lot more energy, than someone who’s completely stationary. The reduction in blood pressure also builds, as well as promotes better muscle mass, while helping you sleep a lot better.

Exercise Put To The Test
In another study, just after 30 minutes of exercising, elderly participants were better able to recall various names, and faces, much more accurately than the volunteers who sat quietly and stationary for the same 30 minutes.

This ability to do so comes in handy in reducing all of those embarrassing moments, the so called “senior moments,” because of memory and aging, when you say, I know, I remember… just give me a minute, type of situations.