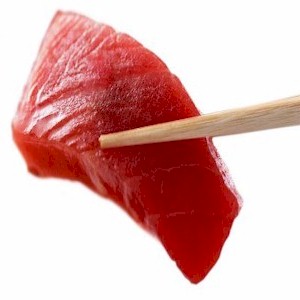 Alzheimer’s disease, which is usually associated with old age, is an illness that’s known to be progressive in nature, as it can destroy one’s memory along with other important mental functionality.

Another well known and common brain disorder, dementia, is associated with the loss of intellectual and certain social skills. These changes can be and are severe enough to interfere with one’s daily ability to live a normal life.

When it comes to these diseases, the direct connections between the brain cells themselves usually begins to degenerate or diminish, which causes a steady decline in mental and memory function.

The current medication which are prescribed for Alzheimer’s by doctors, along with its daily management strategies are known to just temporarily improve the symptoms, or put them on hold from advancing further.

This can at times help those with Alzheimer’s disease live their lives a bit better, while still being able to maintain their independent living somewhat.

But since there’s no real known “cure” for Alzheimer’s, it then becomes vitally important to seek out supportive services while tapping into the proper support networks as soon as detected.

Practicing preventive care can include consuming certain known foods which can delay or even prevent Alzheimer’s. So what’s recommended are introducing the following natural foods into your diet, to at least slow down its progression.

Fruits Which Are Rich In Antioxidants
Fresh fruits such as apples and most berries contain antioxidants and flavonoids which are known to delay cognitive decline. Unpeeled organic apples can be especially helpful when it comes to preventing neuron oxidation, which is known to lead to Alzheimer’s.

A study found that those who drank fruit and vegetable juices three times a week were less prone. Another study reported that pure pomegranate juice improved memory while slowing cognitive decline.

Fresh berries of all varieties have been known to stave off dementia by eliminating harmful proteins which plays a part in all age related memory loss symptoms.

Fresh Fish Which Are Fatty
Studies have shown that having fresh fish on the dinner plate at least two to three times a week, can offer exceptional health benefits helping those to enhance memory and curb cognitive decline.

The well known Omega-3 fatty acids which are found in the fish is the key to better brain function and its development. They also benefit the heart while warding off mild depression.

The most beneficial are the cold water fresh fish variety such as: tuna and salmon, sardines and herring, all appear the best as they’re all high in Omega-3 fats.

The Vegetables Of The Dark Green Kind
What’s commonly found in green veggies is folate, which is a B vitamin, most commonly found in: broccoli, spinach, and asparagus, are all known to facilitate better brain function, this by controlling one’s homocysteine levels.

Homocysteine is an amino acid which is usually obtained by eating meat, which is thought to be able to deteriorate the DNA of the nerve cells which are in the hippocampus.

This is the region of the brain which is responsible for memory and learning. This type of deterioration is known to cripple one’s ability to be able to carry out basic cognitive tasks.

Certain Chicken Parts
Before you toss out certain chicken parts such as: the neck, liver, kidneys, heart, or gizzards, these are actually extremely powerful when it comes to battling Alzheimer’s.

Vitamin B-12 which is found in giblets are known to keep the brain sharp, and all that’s required is just a cup of giblets to get the recommended daily dosage of the needed vitamins.

These giblets can be cooked on their own or more conveniently be included in preparing chicken stock.

Fresh Salad Dressings Which Are Oil Based
Drizzling a bit of homemade oil based salad dressing on your greens can help in supporting healthier brain function. The vitamin E which is found in most of these oil-based salad dressings are known to be powerful antioxidants.

What antioxidants does is they guard the neurons, which are the nerve cells that relays information between the brain to the body, and prevents them from oxidizing, which slows down or even prevents brain decay.

Drinking Beet Juice
Pure beet juice which is available at the local health food store, or you can juice your own, may not be your first choice for a cool refreshing drink. But recent studies have show that it is beneficial for symptoms of Alzheimer’s.

The nitrates which are found in the beet roots will promote the oxygen in the blood to flow more efficiently within the body by dilating the blood vessels. Particularly, they’re known to boost blood flow towards the frontal lobes, which is known to help in the prevention of dementia.

Other foods which are loaded with nitrate includes greens such as: celery, spinach, and cabbage.

And Finally Wine… Yes Wine
There was a recent study that revealed drinking red wine in moderation can potentially delay or slow down the development of Alzheimer’s disease while improving other known brain decline functions.

The key ingredient being epigallocatechin gallate (EGCG), which is a valuable antioxidant that’s found in red wine as well as in green tea.

Taking That Quantum Jump To Becoming An Entrepreneur