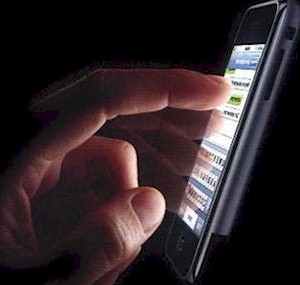 But that being said, you should be aware of the alternate options out there which are worthy enough to be considered competitors to the mega successful iPhone.

There are also some who like to avoid all of the hype and the shiny new object syndrome by not investing in a trendy iPhone, along with all the bells and whistles. They would just as soon settle on an alternate mobile device which basically does the same thing.

The biggest pet-peeve for the majority of iPhone owners remains its poor battery life. There are smartphones on the market, for instance, which can last the entire day with one single charge.

This can be an absolute lifesaver when your out on the road and are not able to recharge your battery. The iPhone 5, incidentally, is currently rated at approximately 6 hours of battery time.

There are newer alternate mobile phones which appear to have solved the need to constantly recharge the battery dilemma, as some smartphones are claiming to hold up to 20 hours between charges. This based on full time heavy duty data usage as well.

The Samsung Galaxy SIII Smartphone
The latest Samsung Galaxy SIII mobile is housed with an AMOLED display, and offers a bonus 4.8 inches of screen real estate. The Galaxy SIII is rated up to 9 hours of battery talk time, which is slightly less than the Lumia 920, but still offers higher usage life than the majority of the Android phones out there.

It’s also equipped with some unique features which will save valuable battery life. One for instance is that the mobile is able to detect when you’re looking directly at it, or not.

Once you do decide to look away, then the “SmartStay” feature will dim the screen automatically. Another benefit of the SIII is the excellent array of useful accessories for the device, such as a dock for charging, etc.

The Motorola Droid RAZR M Smartphone
This new Android driven Motorola smartphone is the mobile which is rated to last up to 20 hours of battery life on a single charge, this while under normal usage conditions.

Normal usage refers to activities such as: browsing the Internet, checking and sending email, or watching the occasional YouTube video. This is notable since the majority of the smartphones will just give you the “talk time” battery life rating when it comes to usage.

This smartphone is accompanied with a sharp 4.3-inch screen, and also utilizes the AMOLED technology. The result is an extremely vivid and crystal clear screen visual. It’s biggest feature, however, is it’s sensibility when it comes to preserving battery life.

The Lumia 920
The Lumia 920 is a new variety of smartphones which is based on the new MS Windows 8 Operating System. The battery life for this particular model is rated at 17 hours based on “talk time,” and 10 hours on data time, such as emailing or Web browsing.

The battery life is approximately 4 hours more than what the iPhone 5 offers, and significantly better than the majority of the Android driven phones on the market. The best feature of this particular mobile is it’s camera, which uses advanced image stabilization.

It has the ability to shoot images in low light, and can also take multiple shots, one after another in rapid succession. The MS Windows 8 tile interface also appears to be easier to use than on the other operating system’s as well.

The Motorola ES400S
This particular Motorola mobile phone has actually been on the market for a few years, but it’s still worth noting and recommending. The reason being that this particular smartphone has one clear and distinct advantage which is it offers up to 12 hours of battery talk time, and the casing is extremely durable.

Know that this model is run by the older Windows 6.5 operating system, which is now a couple versions out of date. So as a result, you won’t get any of the most current snazzy features, or the latest apps, or the advanced multimedia tools.

However, the Motorola ES400S phone is extremely durable when your looking for a rugged mobile for serious field use. You’re able to accidentally drop the phone, or use it on those extremely cold wintry days, and even spill water on the screen, and it will continue to work, this without getting damaged or becoming finicky.

What About BlackBerry Then
With all of the buzz directed on the Apple and Android mobile devices, such as the iPhone 5 and the Samsung, amidst all of the hype, the diehard BlackBerry users still are keeping the faith.

Despite RIM’s quickly eroding market share, the bad publicity they receive, their plummeting stock price, the company still makes a mighty fine mobile phone, which is easy to use, and tailored more for the business crowd.

In all respect, if you’re not aware, there are some, the techies of the world, who call any BlackBerry mobile device the “dumbphone,” which is actually a complement because of its simplicity.

The clear advantage which BlackBerry offers is that their mobiles are extremely utility based, much like how a Plymouth minivan is. The RIM mobiles are easy to use, and navigate, and serves an excellent general purpose.

For this reason, along with it’s business related usefulness, the majority of current users are happy with their BlackBerry. The Web browser is easily found, and the email apps along with the text-messaging tools are easily accessible.

Since most of the BlackBerry’s don’t have the high end flashier functions, such as one-click access for voice recognition, or the augmented reality apps, it makes these mobile phones easy and convenient to use.