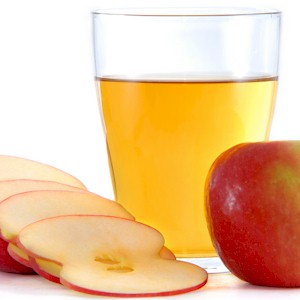 What most don’t realize is that the best quality and most potent state of vinegar is when it’s in its natural murky state, which is unfiltered and organic. While clear distilled vinegar is excellent for cleaning purposes, to improve your health, it’s the pure undiluted variety which is found the most effective.

The most beneficial vinegar is found unprocessed, cloudy in appearance, and you’ll notice streaks of substance floating around in it. What this state indicates is that the vinegar is in its purest natural most useful state.

What the vinegar manufacturers will do is distill the vinegar by filtering out the murky substance which most find unappealing. For therapeutic benefits, what you should be looking for is the vinegar that’s unfiltered. Distilled vinegar, similar to any other food that’s processed, is found to be not as nutritious.

Vinegar was first originally produced by accident. A keg of wine, long ago, was sealed poorly allowing oxygen to seep in, while being left for too long. As a result, it fermented into a sour tasting liquid instead of turning into wine. The name “vinegar” is a French term which means sour wine.

The Uses Of Vinegar
Vinegar, other than for consumption, is an extremely popular natural staple that’s used in the household. Distilled white vinegar is used as an effective cleansing agent, while the cider vinegars, which are made from fermenting fruits, are used for health purposes.

Vinegar is one of the best known agents when it comes to removing certain bacteria and pesticides from fresh produce. Use a solution of 90% percent water to 10% percent vinegar.

Soak the produce by placing your fruits or vegetables in the solution, and then rinse thoroughly. This shouldn’t be used for thin skinned fruits such as berries, since they’ll be damaged.

• Apple cider vinegar is known to be an excellent natural hair care product. The reason being that the acidity level is close to natural human hair. It’s effective as a conditioner while killing germs
• Vinegar is effective for pets, especially when it comes to curing skin issues, cleaning ears, while removing ticks and fleas
• Vinegar has long been used as a natural cleansing agent which eliminates bacteria, for everything from windows to kitchen and bathroom countertops. Vinegar mixed with water or hydrogen peroxide, is known to work exceptionally well as a sanitary disinfectant

The Consumption Of Vinegar
What some are known to do for health purposes is taking a couple teaspoons a day of vinegar in juice or water, this first thing in the morning or before meals. The risk when it comes to taking small amounts of vinegar is minimal.

Apple cider vinegar is known to make a tasty base for salad dressings. It blends well with fish or as a tenderizer to marinade meat, giving it zing. Vinegar is extremely popular for pickled vegetables.

When Used For Medicinal Purposes
• Vinegar is extremely tart as the primary ingredient is acetic acid, which is extremely harsh in taste. So make sure that you always dilute in water before swallowing
• Too much vinegar can damage tooth enamel along with the tissues in the throat and mouth
• Long term use can potentially result in low potassium levels while possibly reducing bone density
• Apple cider vinegar could interact with laxatives, diuretics, and medication for heart disease or diabetes. So check with your physician

Therapeutic Uses Of Vinegar
• Effect On Antioxidants – Antioxidants are molecules which can inhibit the oxidation of other molecules. Antioxidants plays a key role when it comes to your health, as they control how quick you age by fighting off free radicals which results in oxidation stress.

The vitamins and polyphenols which are found in certain vinegars helps in warding off oxidative stress because of their antioxidant properties.

• Better Heart Health – Vinegar is known to support the health of the heart in a variety of ways. Polyphenols such as chlorogenic acid that’s found in apple cider vinegar, potentially inhibits the oxidation of LDLs, which prevents cardiovascular disease. It’s also known to lower blood pressure.

• Improves Brain Health – The consumption of vinegar can possibly improve one’s cognitive function, as what research shows is the acetic acid bacteria does is produces precursors which are important building blocks for brain tissue, known as sphingolipids.

• Helps Heal Injuries – The murky substance in natural vinegar, which is a cobweb like amino acid that’s found in the unfiltered, unprocessed vinegar, has powerful antibacterial properties which are known to accelerate the healing process of burn injuries. The acetic acid bacteria also helps to reducing muscle damage which is caused by inflammation after strenuous exercising.

• Helps In Weight Loss – Vinegar is thought to help you lose weight, as it produces satiety effects which reduces the amount of food that’s consumed. Those who consumed two tablespoons of red raspberry vinegar on a daily basis for a month, lost weight. Those who drank the same amount of pure cranberry gained weight.

In another test, those who consumed small amounts of vinegar with a high carbohydrate breakfast, ate less for the remainder of the day. The reduction of food averaged 275 calories a day. This spanned over a month would result in around 1 1/2 pounds per month.

• Antimicrobial Effects – Pure vinegar is an excellent natural cleansing agent in the body, this because of its antimicrobial properties. Once the organic acetic acid is added to food, it passes directly into the cell membranes and kills bacteria.

The foods which are fermented with vinegar are loaded with organic antimicrobial acids. One test found that acetic acid can possibly eliminate E. coli, while when the acetic acid is combined with lemon juice, can effectively fight against salmonella.

The Best Ways On Remembering More How To Improve Your Memory