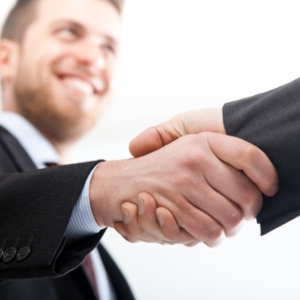 Whenever there’s any type of disagreement, it usually becomes a negotiation. A test of will to reach a middle ground, to resolve a standoff that both sides can agree upon. There are a variety of situations in life which requires this process.

The most obvious are in business situations where two parties need to come to an agreement, usually monetary terms. There are also couples who’ll negotiate over their differences. Friends and foes alike will constantly negotiate to settle a dispute.

Once you find yourself in negotiation, what most don’t completely understand, is if they should be making the first offer or not, to take the first initial stand.

What’s generally thought is that it’s better to wait for the other party to begin the process, then you know exactly where you stand, holding the upper hand by counteracting.

What the experts claim however, is that making the first offer is generally recommended, but it depends on a few factors. First, if there’s a strong profit motive, and if both parties have similar secondary objectives.

The Art Of Negotiating
Once both parties arrive on a mutually suitable agreement, then there’s no point or need to negotiate any further. What usually happens however, is they’ll agree on some issues, but not always on everything.

If you’re attempting to sell a high priced capital item, then the biggest negotiation obstacle would be agreeing on a price. The seller wants their asking price, while the buyer always wants to pay less.

There will also be non-monetary issues, such as the date the sale takes place for tax purposes, flexible payment terms, extended warranties, etc.

It’s found that when both parties disagree on the price, it’s advantageous to make the first offer, as it gets the ball rolling and kick starts the negotiations.

The price will always be adjusted back and forth throughout the process, but the initial offer usually biases the final agreed upon offer, this in favor of the party who made the original offer.

Making The First Offer
Once both parties agree on a certain issue, it can at times backfire on the one who made the initial offer. What they’re revealing is that their goal was similar to what the other party had in mind.

What the recipient of the offer can then do, is exploit this information by falsely agreeing reluctantly to that condition of the offer, this to extract the other concessions from the party who made the original offer.

For instance, you’re the seller attempting to sell a piece of machinery to your interested party. What you need is to get at least $1.5 million for the sale, while the buyer can’t pay any more than $1 million.

Neither you or the buyer are aware of what the goals of each other are. You then proceed to make the first offer, your asking price, then the negotiation begins from there.

The Rocking Of The Negotiations
When the objectives of both parties are incompatible, then the outcome usually tends to favor the one who made the first offer, in this case the seller.

The seller should be able to get a higher selling price, while the buyer gets a more favorable payment date, which is later in the year.

If both parties happened to have similar purchase dates such as earlier in the year, then the outcome will then tend to favor the buyer.

The buyer as a result should be able to get a lower price, this to compensate on the agreement of the earlier payment date, even though the earlier date was beneficial for both.

The Exposure Of Facts
It’s found that the parties willingness to exploit their stand, the information regarding the mutual purchase date, usually depends on the tendency to favor themselves.

For those who were involved in the negotiations, what was measured was whether either party tended to maximize their own profits, or by going “prosocial,” maximizing the collective benefits of both.

Those who maximized the profits usually got a better deal for themselves over the social participants, this once the reveal of a compatible goal with their initial offer occurred. Both social parties didn’t use the compatible goal to their advantage.

So When Butting Heads
When negotiating with someone, it’s found that you need to consider all of the variables, that you need to treat social settings differently from business and monetary situations.

When it comes to the social settings with family or friends, it’s usually best to attempt maximizing to everyone’s benefit, this rather than just trying to “win” the negotiation.

When you need to be prosocial, it becomes valuable that you somehow extract what the goals of the other party are, so that you can then attempt to work out a solution where it becomes a “win-win” situation for both.

When in business situations, where you need to maximize the bottom line profit of your company, you should then be making the first offer, this especially when you’re fairly sure that both you and the other party are in disagreement.

What doing so does is it allows you to set an anchor which will usually influence the rest of the negotiations. When you’re certain that both of you are in somewhat agreement, then you should wait for the other party to make the first offer.

What their offer will do is reveal to you all of the information that you need, this regarding whether you both have similar goals or have completely different ones.

The Selective Mindset Displayed To Becoming An Elite Athlete