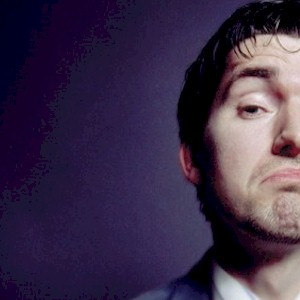 Some just come across as being smug, but are they really any better, the consensus being that they’re not. It’s the condescending attitude, the air of arrogance that’s being projected, thinking that they’re simply better.

The reason its found is that they’re usually masking low self-esteem issues. There’s no exact definition on why some will act this way, while the superiority they project doesn’t make them that likeable. Only they know the reasons why they display this behavior, that what they feel is entitlement.

That they think they’re just better than everyone else. What they perceive is they have a superior social class and experiences over others, which undoubtedly plays a role in they thinking this way.

But most are born in the same social status, the same economic welfare, the same level of human values, see, they’re not that much different. But what they do is turn blood into stone, they just ignore any form of empathy or gratitude, cutting all ties.

They’ve perhaps struck gold or may have become wealthy, but what they can’t escape is their roots. As they grow older, they express their sense of privilege, thinking that they deserve specialized treatment.

Where Did It Begin
When did this feeling of superiority, thinking that they’re better than others begin, at what point in their lives was it activated. What was the turning point.

At school, what we do is form friendships, and along with that comes the inevitable “tags” which develops around our group of friends. What also develops is the tendency to treat others as “outsiders” from this friendship group, branding them as being inferior to them, even if the divisions are arbitrary.

Also, if their work colleagues happens to live in the wrong neighborhood, they may see and treat them as being inferior to them. Although there’s no rationale for this, what they do is begin developing a “tribe” mentality, one that they find difficult to shake off.

The Arrogant Divide
With these feelings of superiority, they find it important to distinguish themselves from others. They also usually classify they being better based on just visual clues, they’ll instant brand others as being inferior because of how they look or dress.

What they’ll do is fuel this superiority over others by engaging in conspicuous consumption, flaunting, needing to have an admiring and envious audience, showing them that they are better.

Dealing With Those Who Feel Entitled

Don’t Agree With Their Act
For those who feel superior, what they want is for you to agree, think that you’re in fact inferior to them. There’s no point in granting this to them since it’s hollow, because all you’re doing is reinforcing the notion that there’s a divide, that they actually are better than you.

Instead, don’t respond, ignore their attempts to provoke or impress you. This includes not complimenting them on their expensive car, designer duds, or the top of the line smartphone. Don’t stroke their ego any further.

Just avoid the traps, learn to turn your back to their flaunting display of their status, then they’ll begin taking less pleasure at showing them off.

Know Where The Superiority Comes From
It’s known that despite all of their accomplishments, that those who feel they are better, harbor feelings of low self-esteem and insecurity. They need to prove that they’re better than you, over and over again.

They just can’t help but talk obsessively about how great they and their family are, this in grandeur terms, while appearing to be putting your own family down, this for a lack of manners, refinement, or accomplishments, which is annoying.

Those who have empathy wouldn’t feel the need to point out how accomplished they are, that they know everything and have everything, while openly implying, criticizing you and others.

Avoid Acting Inferior
Never be drawn into their trap of making you feel inferior. They’ll attempt to lure you down this path by they flaunting and flashing, the first words coming out of their mouths being “I” or “me,” this in order to prove that they’re better than you.

There’s also no point attempting to emulate them, attempting to copy or agree with their higher status and footprint that they exclaim.

Take More Pride In Yourself
Realize that they may not even be trying to be more superior than you. You may just be thinking of your own feelings of inadequacy. So if you’re beginning to make sacrifices, changes, this in the attempts to keep up with them, all you’re doing is burying yourself deeper into emotional debt.

The biggest trap, the reason why it’s effective is because it triggers the feelings of envy and inadequacy within you. So instead, take some pride in the qualities that you have as an individual, then you’ll begin feeling less envious.

When it comes to workplace envy, most will think that their social standing is constantly being challenged. Once you avoid this, not allow yourself to be drawn into these traps, you won’t feel as threatened and the envy won’t materialize.

Separating The Present From The Past
Those who feel inferior will often take their past insecurities and then project them to their current life. So someone who appears to be acting superior, may actually have no intentions of the sort.

But what the situation activates are your past experiences, when you felt inferior, usually stemming from your childhood. The envy that you feel is a carryover rather than what’s happening in the present moment.

Avoid The Poor Attitude Choices Which Will Set Your Life Back