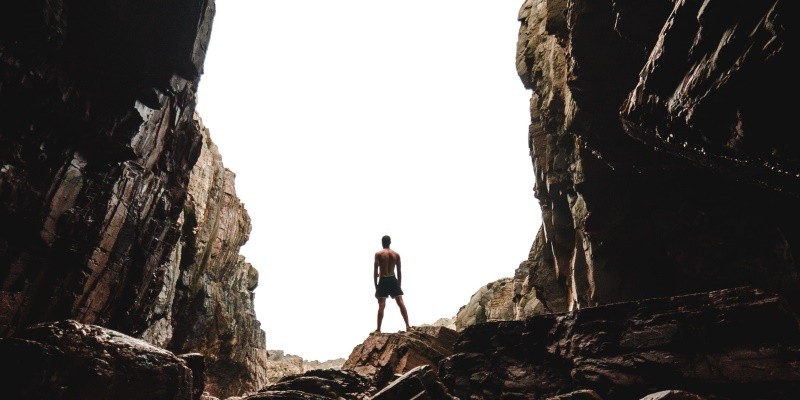 In nature, the attraction between mates is determined by a philosophy of survival of the fittest. The alpha male that is chosen from the pack, is the one most likely to breed strong, healthy offspring. The selection becomes a subconscious process and response.

In most societies and animal kingdoms, the male who’s perceived to be alpha, becomes the most dominant in the pack.

It will be his job to impregnate the females in order for the species to survive.

Many of the male members of the human world look upon this instinctual situation, with a small touch of wistfulness. What would it be like to have your own harem?

What they cannot see is that the alpha male has become the alpha male not by birthright, but by having proved over and over again, that he is strong enough and intelligent enough, to lead the pack and to keep it.

When the alpha male is challenged by another male for possession of his pack, he must fight to keep it or it will be taken away from him.

This is, again, to ensure that the species survives.

The one who wins the right to be an alpha male is the one most likely to father strong offspring.

5 Traits Of The Alpha Male

Hey big boy, why such a big ego? This is great when it comes to the animal kingdom, the jungle out there, but how does this pertain to the human world?

Simple. We humans have their alpha males as well, but the criteria by which they are classified is just a bit different.

There are a variety of different ways how a male can be classified as “alpha.”

This is the man who wields the most power, both in their place of business and among their community of friends.

Women who are attracted to this type of alpha, most likely have fixed their sites on a business tycoon or a politician, if not royalty.

These women want the position, the prestige and the power that it brings.

These are the men who are able to provide unique dissertations on any topic. They can at times be boring, but are brilliant.

These alphas will most likely succeed forward in life and receive PhDs, or save the world, save the dolphins, and do it geek style.

Most of these dudes will be found spending their lives in their office, or laboratories working side by side with their mates.

Women love a man in uniform, and the more bars and stripes he happens to be sporting the better.

These men command power, a sense of adventure and incredible stories to tell over the dinner table.

(This assuming, of course, that the majority of the conversations they have about their lives, do not contain the words, “That’s classified”).

Their mates, the women who swoon over them, can also count on them to be out of the country for the better part of the year, so a livable harmony never has to be developed.

This alpha male takes on a variety of forms. He may even be military or law enforcement, “black ops” or undercover.

Or he could just be that hunky “greaseball” from school.

He will have a shady past that he never reveals, and at least one criminal element has issued a price on his head.

He will always wear black, squint, and not converse a great deal, since he assumes that the women he’s with, knows exactly what he wants.

This will be the alpha male who sells his paintings in a downtown museum, but may have had showings in Italy or New York.

Most likely however, he is that creative “starving” guitar strumming artist type.

He will have a small cottage on the beach, with whomever his lady of the moment is.

They will spend their days (and nights) at home, eating strawberries dipped in chocolate, and be reciting poetry to one other.

How To Find Your Alpha

Sound familiar? Every man in the world is or has known someone who fits into one of these categories, and every woman has wanted to date one they like.

Just pick and choose which type you want that floats your boat.

Alpha males are a select group, dominant in their domain. They are few and far between, and are extremely proud to be the alpha males of their gang.

New Effective Ways That You Can Battle Fatigue