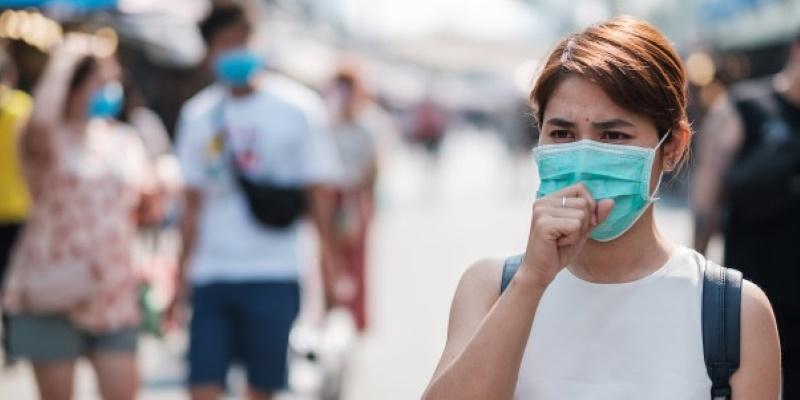 There are a variety of germs which surrounds us in the multitudes right now, they’re always lurking. These usually unseen microscopic particles and organisms can make us sick, or have the potential of causing serious illness.

The fact remains that we breath and ingest a world full of various unseen germs, bacteria, and viruses on a daily basis regardless of where you are.

We do so regardless of how often we wash our hands, or how clean we scrub ourselves while taking a shower.

They exist and are persistant, and there’s no known way of ridding of the germs themselves.

Some of these organisms however, can actually be beneficial as not all germs are considered harmful, as some varieties will actually keep us healthy.

So it becomes important to know which ones are helpful, and the variety which can wreck havoc on our life and health.

Getting Sick By Germs

Every illness that we get, such as the common cold, fevers, and sore throats, are caused by we coming into contact with some type of unseen germ, and they are held solely responsible.

Germs comprises of an enormous multitude of microscopic invaders which includes viruses, bacteria, parasites, and other infectious organisms which are present in the air we breathe.

This also includes the unfiltered contaminated water we drink, the dirty unsanitary surfaces we touch, or by infected animals.

Germs also exists in the soil, on plants, the food we eat, or they already exist in our body.

They can range in size from invisible microscopic viruses to single celled bacteria, to parasitic worms which are able to grow several feet in length.

Although the immune system is designed to protect us from the legions of these infectious microbes, there are some viruses and bacteria which are just too menacing because of their ability to mutate, which attacks and breaks down the immune system.

The 5 Different Types Of Germs

These living organisms are similar in appearance to rods, balls, or spirals once magnified.

They can grow on any surface, and at times do not necessarily pose danger to our health. Some bacteria can be beneficial such as Lactobacillus Acidophilus.

This particular strain of bacteria helps in digesting food while fighting off certain disease causing organisms, while supplying nutrients to the body.

For this reason, some of this type of bacteria are used to make foods such as yogurt and cheese.

But there’s other bacteria which can make you ill, which is known as an bacterial infection, such as Staphylococcus, and E.coli.

They can mutate quickly to produce toxins, which destroys the cells and tissues in the body.

Severe gastrointestinal issues from contaminated food is caused by E.coli poisoning, while gonorrhea is caused by the gonococcus bacterium.

Some bacterial infections can be contagious, such as tuberculosis and strep throat.

2.) – Fungi
Fungi are also single celled organisms, which are bigger than bacteria. They’re found in the air, water, soil, as well as on plants.

They can also survive in the body, while not necessarily causing you harm.

Certain fungi can be helpful to fight infectious bacteria.

Penicillin, for instance, is an antibiotic to fight against bacterial infections which are derived from fungi.

Some types of fungi are used in cheese, yogurt, and yeast for bread making. Mushrooms are fungi, and while most aren’t infectious, some can be poisonous, as are some yeast.

Candida is a yeast which can cause thrush, which is an infection of the mouth and throat area among infants, along with those on antibiotics or have weakened immune systems. Candida is also known to cause diaper rash.

3.) – Viruses
A virus isn’t a living organism, but a capsule which contains genetic materials such as RNA or DNA.

Viruses aren’t considered living because of its inability to respond towards environmental changes, which are characteristic of living organisms.

Viruses are much smaller when compared to bacteria. They’re not self sufficient and needs a host to mutate.

The instance a virus invades your body, they’ll cling to your cells, attack them, which eventually damages them.

Examples of viral illnesses include Polio, AIDS, and the common cold.

4.) – Protozoa
Protozoa are invisible and microscopic. They are single celled organisms which react similar to animals in behavior.

They’re actual parasites which lives inside your body, usually in the intestines, hunting for other microbes to feed on.

Some can be harmless while others can be harmful to your health. They can contaminate the food you eat and the water you drink.

Protozoa can enter your body via sexual transmission, or through insects such as mosquitoes, which can transmit deadly parasitic malaria.

5.) – Helminths
Which means worms. Helminths are usually larger parasites which can enter your body through its eggs or larvae, and can dwell in your intestinal tracts, liver, lungs, skin, or the brain.

The most common examples are tapeworms and roundworms which can grow significantly in length.

Tapeworms also are able to break off so they can develop into new tapeworms.

Avoiding Germs As Much As Possible

The common cold can usually be treated by over-the-counter drugs or natural remedies.

It’s best advised to seek out medical attention whenever you suspect an infection beyond colds, or have the following symptoms:

• You’re having difficulty breathing
• A persistent cough which lasts longer than a week, persistent vomiting
• A fever of 100.4 F or (38.0 C) or higher
• Experience periods of rapid heartbeat
• A rash, especially it if it’s accompanied by a high fever
• Blurry vision or difficulty seeing
• Severe or unusual headaches
• Bites by an animal or human

Allow a medical clinic to diagnose the severity while getting the proper treatment on the infection or illness.

NOTE: This is provided as health information, and not as authorized medical advice on the fight of germs.

15 Ways To Improve Memory When Learning Something New