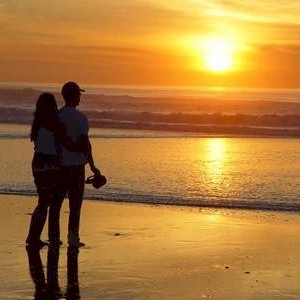 There’s a variety of things that guys will say to their lady friend, which are usually of the boneheaded variety and will quickly get them listed on the “Missing Persons” list.

The key to any successful relationship is saying things which will get the “win” points right from the very beginning.

Although some may use this as a tactic to be a bit deceitful and cunning at times, but hey what the heck, no one has ever said that any long lasting and loving relationship is an easy walk in the park.

The most obvious and sincere first step is just being as honest as possible with each other, always telling the truth, why is that so difficult. This is the base foundation of any long-term relationship, as lying won’t get you anywhere fast.

But no one’s ever said that you should be 100% percent truthful either, or divulge irrelevant details which won’t help certain situations. But twisting the truth and telling outright capital lies can be a bad sign when your attempting to commit to someone, this from both sides of the relationship.

You Make Me Feel Brand New
The ladies like to enjoy feeling as irresistible as possible most of the time, and they like to think that they know all of your strengths and weaknesses. So if you continue to be aloof, cold, boring or smug, this will only alienate her.

But also, continuously spilling out your guts as if you were her best girlfriend will make her a tad nauseous. The idea is to find that perfect balance while coming up with creative ways of expressing why she makes you feel brand new.

Wow You Look Absolutely Gorgeous… Really
You tell her that she looks just absolutely great, but she isn’t feeling that way and she knows that she doesn’t look her best at the moment. So don’t become obviously transparent by complimenting her at all times when it’s not appropriate.

If she happens to be packing on a few pounds lately, quicker than you can say, “can I have a cheeseburger and fries to go please,” then it’s best to avoid this attempt to flatter her altogether.

But if she’s constantly going to the gym, eating as healthy as possible while maintaining her diet, the effort is there and she’s eager to show you her improvements, then make sure that you compliment her by giving positive reinforcement.

We’re In This Together Honey
If you still live in the dark ages and believe that behind every great man, you, is a woman, this will make her go absolutely batty. The majority of men are so busy and involved doing their “thang” that they usually forget that their lady friend, their partner, plays a big part in their success and happiness. So go out and recognize and appreciate her for it.

I Just Love Doing “This”
Most operate on a primary motivation of being selfish which isn’t good, but saying whatever makes you happy usually is. We all have one life to live and if you’re looking for contentment, then tell your lady friend that whatever you’re doing (Fill in BLANK) makes you happy.

Most likely, even if she doesn’t immediately deliver on the request, it’ll make for a better relationship.

Ask Her What She Likes
The days when you once dictated to a women what she should be doing, liking, thinking, saying, reacting, or wearing, then you’re still living in an era where you’d get clubbed over the head for being inappropriate. The key is to be actively communicating what her needs are.

This isn’t saying that you should be strictly taking orders and listening to your lady like a soggy whipped puppy would, but rather you need to be more attentive by asking questions, this in order to becoming a better modern day boyfriend, lover, and father.

But I’m Changing For You
Although most women will appreciate that you’ve changed your mindset or bad habits for her, the really smart ones know that any change is usually temporary, regardless of what degree of change it may be.

It’s like getting a deep cut on your forearm and then just attempting to stop the bleeding with a Band-Aid. The point being that any improvement that’s positive will usually come from true genuine conviction, this rather than making changes strictly to please her.

We all know however that women would rather prefer you like them for what they think, rather than something as shallow as their appearance.

Well No! I Don’t Agree With You
“What the heck did you just say?” If you’re wanting to be a complete “yes-man,” then you may of well just begin sharing makeup tips and start wearing a dress.

Why start a relationship and just follow her around to be her usher, like a sheep, catering to her every whim. What she wants is for you to stand up and be a man with a backbone, and prove to her that you have the balls by speaking your mind on occasion.

Getting Away Together
As in travel. Men dream of this while most women may initially be in deep fear, this especially if the relationship is new. At times, we all obsess with being stranded on Fantasy Island together, alone, just you and me.

But deep inside, know that your girl secretly wants this as well and relishes the adventure. So tell her that one day you’d love to get away with her somewhere, faraway, but once you do, always keep this promise or else she’ll walk.

The Experiences Of A Losing Trader In The Financial Markets