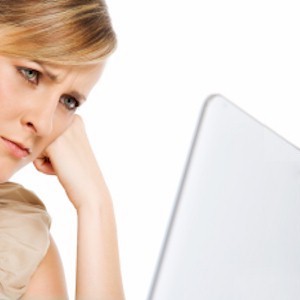 With great popularity comes great shame and behavior, as there’s those looking to gain advantage in Facebook’s massive viral components. This in the attempts to gain traction in usually marketing their goods, business, or some type of money making scheme.

The masses have overtaken this social media platform which once exercised polite proper etiquette. So if you yourself happen to break any of these unwritten rules of social media annoyance, if you’re guilty of overstepping the boundaries of irritation, then please stop.

Perhaps on the top of the list is suggesting that I friend somebody. That you decide to play online matchmaker becomes unsettling, a tad creepy, and the question which arises is why we’re even friends in the first place.

Facebook actually penalizes those for requesting too many friends to quickly, so what some will do is just pair up and begin suggesting friends for each other, which escapes notice since they’re not actually doing the requesting themselves.

Inviting New Page Invites
It’s understood that Fan Pages are the dope right now, creating a page for your business or product is easy and can go viral, but please stop inviting or worse adding everyone to your page.

Why not just post interesting content instead and then share it on your profile. If others find it interesting, then they’ll follow. But creating a page and then inviting everyone doesn’t work because most can’t be bothered or care.

Don’t “Like” Your Own Posts
So you’ve just posted something awesome, wow, how cool. But then what you do is “Like” it as well? It’s obvious that you like it already, otherwise you wouldn’t of posted it in the first place.

The reason why people like or comment on their own posts is in the hopes that it’ll show up in the streaming news feeds over and over again, which means more exposure to their profile.

Auto Adding People To Groups
This perhaps being the most annoying. Automatically adding people they don’t know to their groups or pages, this without your consent, your knowledge, then you suddenly begin receiving every notification for each group post.

If you’re added this way, leave the group and turn off the notifications which are in the group settings, as well as finding out who the “friend” that added you was. Never be the one that’s known to adding others to groups on Facebook, as it’s an enormous red flag.

Those Constant Event Invites
Thank you so much for inviting me to your event, it’s quite the honor. But no, I don’t want to attend your gallery of your cat paintings at 100 Mile House, not sure if I can make it on time.

Once you begin sending out these mass request invites to a bunch of people you most likely don’t know, your name and face is branded on it, and it makes you appear inconsiderate while making you appear like a serial spammer.

Stop Poking Me
What the heck is poking anyways, sounds painful. Dear Facebook, please remove this feature as it’s likely that most don’t know what it does. It doesn’t feel right every time that someone pokes you. Regardless of what it is, poking someone with a stick online or in real life hurts and is unacceptable.

Stop The Mass Messaging
Stop sending out mass blanket messages usually with hordes of other people attached to the message. They’re usually pointless blank messages such as the “Please, oh pretty please like my page” or “Vote or share this page if you like this picture,” etc.

It’s a complete turnoff to be addressed in this manner, and if you have something important to say, then at the very least try personalizing the message, or better yet, just stop sending them out.

Game Or App Requests
So there you are on Facebook the entire day again and playing Candy Crush, which should be embarrassing enough. So the last thing that you should be doing is inviting your entire list of friends to play the game as well. Supreme nerd alert.

It’s always the same group of individuals who constantly clogs up your notifications sending you a request to join a game or an app, thinking that they’re doing you a favor.

Stop Tagging Me
Stop tagging people that you hardly know in photos when you have nothing to do with them. It’s one thing when someone you actually know tags you in an embarrassing photo, and sends it out for giggles, but at least you know who they are.

But there’s those who’ll upload and tag random photos just for the purpose of getting as many likes or shares as possible. This is a classic spammers move so be aware of anyone who does this.

Begging For Likes
Someone somehow stumbles onto your blog just to be greeted by an enormous Facebook “like” or “share” pop-up banner, which baits you to like their page. Then once that disappears, there’s a multitude of flashing buttons placed everywhere on the site asking them to share or like your post. They can’t exit your site fast enough.

The Crime Of Annoyance
Everyone has committed at least one of these annoyances at one time or another, they’re easy to do, and you think you’re helping someone or that no one will notice.

Some will continuously post idiotic or funny images or phrases to get attention, just to get a share, a like, or a laugh, thinking that they’re amusing, amazing. What’s worse is that their end intent is to try and sell you something.

How about just doing some honest knuckle dragging hard-work instead, such as creating or curating actual relevant content other than attempting to trick or deceive others just to get a “Like.”

How Being A Perfectionist Can Spell Doom To Your Profession