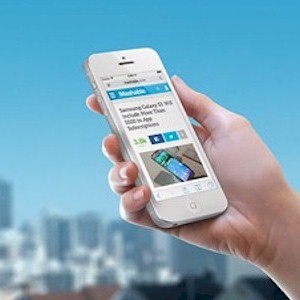 What technology offers today is anyone at anytime can consume any type of media on demand, instantly, which provides an excellent opportunity for those who advertise. Although spending on mobile ads are increasing exponentially, the raw data that’s available remains lagging.

Data and analytical information, tracking conversions for mobile still falls short. Also, if everyone is spending more time on their mobiles as everyone claims, then why does most still make their online purchases on desktops.

This because of the mindset of the typical mobile user. For most, going online by using their smartphones or tablets, their mentality is information retrieval, research, and quick browsing.

Consumers are usually more passive and prompt on mobile, thinking of conserving their batteries while security is still an issue. So they place more emphasis on email, directions, messaging, watching videos or reading.

Someone on mobile might see an interesting ad on their Facebook newsfeed, and may even click on it, but they’re not likely to purchase the product, as they would if they’ve seen the same ad on their desktop computer.

The Value Of Mobile Advertising
What the experts suggest is that mobile ads just serves as “awareness” of a product or service for someone to store, this for taking potential future action. Others say that it misrepresents the value which the platform offers.

The reason being that any type of mobile interaction isn’t a one-way street. In fact, it’s found that those on mobiles are more likely to research products that they’re interested in, this by using their devices.

This makes sense since it’s a lot easier to access information from a tablet, when compared to firing up the desktop computer, opening up the browser, and then performing a search.

Online Consumer Behavior
When it comes to actually making a purchase online however, most will do so on their desktop computers, where it feels more secure and familiar, along with any other behavioral reasons that they may have.

What this causes is an unique problem, a distinctive gap when it comes to advertisers. The usage of the mobile web along with app browsing is becoming a large part of the daily habit of consumers, expected to overtake desktops soon, but the conversions aren’t there.

What then becomes difficult for the marketer is to justify allocating a certain amount of their budget towards mobile ad spending, this especially when the conversion data shows that mobile ads don’t convert well.

The Solution Is Cross-Device Targeting Metrics
For instance, say that someone is browsing the Internet on their tablet, looking for your product while they’re having a coffee or waiting for the bus.

What they see is your targeted ad for a pair of shoes that they’re interested in. Once they hop on the bus, they decide to click on your ad to find out how much they are, along with what type of other deals that you offer. They go into research mode.

Then later, once in their office or when they get home, they go on their desktop, take out their credit card, and then buy the shoes, hopefully from your site, or elsewhere.

If you don’t have a way of identifying, tracking that buyer from the beginning, they using their various devices, the only information that you have is someone clicked on your mobile ad, and that they or someone else made a purchase from their desktop, this at a later time.

Ways To Identify Cross Device Users
There are two known methods that are available on how to identify if someone crosses or jumps devices, and how to track them.

The first is “deterministic” tracking, where in the attempts to track if they’ve “jumped” devices, is by tracking the personal identifiable information that’s made available through login systems, such as when one logs into their Facebook account.

The other is a method which is more popular, which is analyzing and utilizing algorithms to predict that certain devices belong to the same user. The problem with this approach however, is that it’s basically a guess, as it’s accuracy can’t be confirmed.

In contrast, the deterministic approach is thought to provide much better accuracy. As long as they’re logged in, the advertisers can then track accurately who that person is, as well as what device they’re interacting with.

To Track Your Consumers
Until you’re able to accurately distinguish and then track a specific user while they’re hopping across their various devices, from mobile to desktop, is when you’ll be able to realize the effectiveness of your mobile ad.

Once you’re able to do so, then you can also provide that potential buyer with a more fluid and a more personal advertising experience, such as retargeting.

This can also lead towards a budget which is better utilized to hit your targets, while that personalized experience offers the potential to increase consumer loyalty.

After all, what providing a consistent and uniform advertising experience which ranges from mobile devices to desktops, displays to the consumer that you’re suggesting something that they would potentially enjoy, this opposed to just attempting to sell them something.

It’s just a matter of time when mobile devices will overtake desktop usage in all areas of online activity, and will become the main focus of the consumer’s behavior.

It’s for certain that the majority of the marketing will eventually be targeted towards mobile device users. So what needs to be solved is the data analysis, especially when it comes those who crosses various devices.

Know The Difference Between A Workaholic And A High Performer