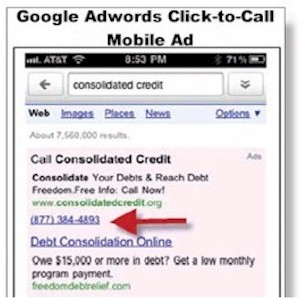 For the longest time, mobile marketing has been teasing and taunting, telling us the it’s on the horizon and ready to break out and completely change the way that we will be interacting with our target clients and customers who are using mobile. Some may even say that it’s already arrived, as there are some strong indicators showing that mobile marketing is here knocking on our doors and will thus make a major dent on our marketing strategies. If you’re interested in targeting focused consumers in the largest growing segment of the Web, mobile marketing may be for you.

So here are some of the latest on mobile trends:
• A recent survey revealed that 83% percent of marketers that experimented with mobile marketing said that their attempts and goals had been met, while a handful stated that it exceeded their expectations
• Close to half of smartphone and mobile device users has actually purchased something directly from their devices in the past few months
• Mobile marketing and commerce is expected to reach over $125 billion in sales in a few years

So if you think you’re ready to do some mobile marketing for your online marketing or offline business, one of the best ways to get started is by using Google AdWords mobile. If you already happen to be using PPC and Adwords, then stepping into a mobile marketing campaign should be painless as well as seamless.

Targeting Mobile Devices Using Adwords
You may not know it, but by using Adwords, your ad campaigns may already be targeting mobile devices. When you originally created your AdWords campaign, the default is always set to target every possible device, so this includes desktops, laptops as well as mobile devices.

It’s suggested that you segregate your Adword’s mobile device campaigns from your standard search campaigns. This is because the performance results will be different, as will the strategies that you’ll be using to optimize the various devices (mobile and computers) as the methods will differ.

You will be able to target specific OS types of mobile devices, for example Apple’s iPhone or Google Android devices, as well as being able to target and isolate specific mobile carriers such as Verizon or Sprint. Testing has shown however that there isn’t much of a variance between the providers other than specific devices such as the iPhone being available only on Verizon or AT&T. When first starting out, deciding on which carrier that you want to target is not that important.

Call-Only Ads Or Website-Targeted Ads?
Now that you have created your dedicated mobile device ad campaign using AdWords, you can then begin engaging with the end users on their smartphones.

So instead of sending the mobile user to your mobile website, the ad instead displays a phone number which is clickable, and the user is able to call and talk to you directly from their smartphones.

You are able to choose the exact ad option which will best suit your business or marketing objectives. If your site isn’t fully optimized for smartphones or tablets, then focus on generating direct calls. Keep in mind that the lead generation and closing ratio is higher when someone phones you, so you may choose the click-to-call option provided you are wanting to take phone calls.

To set up ‘Click-to-Call’ using Adwords, click the ‘Ad Extensions’ button on your mobile ad campaign and choose… Create a new Phone Extension.

The Call Metrics Option Using AdWords
There is also an option using Adwords called “Call Metrics.” Call metrics allows you to measure as well as analyze each and every phone call which is generated by your mobile PPC ads. What Google does is it will assign you with a custom Google Voice number for each PPC campaign. The calls which this number receives are then rerouted directly to your business or mobile phone number.

To be able to see those stats in your Google AdWords campaign, all you need to do is activate the call metrics option. The Call Metrics can help you in gauging user interaction using PPC on mobile devices, but you should also use your own internal tracking methods as well to be able to measure the exact ROI of these calls.

It’s suggested that you assign a dedicated phone number to your click-to-call campaign to be able to measure leads as well as sales. As of now, Google’s ‘Call Metrics’ is a free feature, but may not be in the future. For calls which are initiated using a high-end mobile device, standard click charges will apply.

If you are planning on starting a Google Adwords mobile ads campaign, it can be an easy process. You need to pay close attention however to properly setting up your Ad campaigns. If you happen to send the users directly to your mobile site, you will be able to accurately gauge the ROI similar to your other Adword’s PPC campaigns. However, to be able to determine the success rate as well as the ROI of the phone calls which are generated by your PPC ad, you will need to have some additional tracking in place. Now is the time to jump in and getting your mobile device campaign up and running.

How To Develop Maintain And Market A Better Mobile App