How To Start The Path Towards Attracting Prosperity
Skip to content 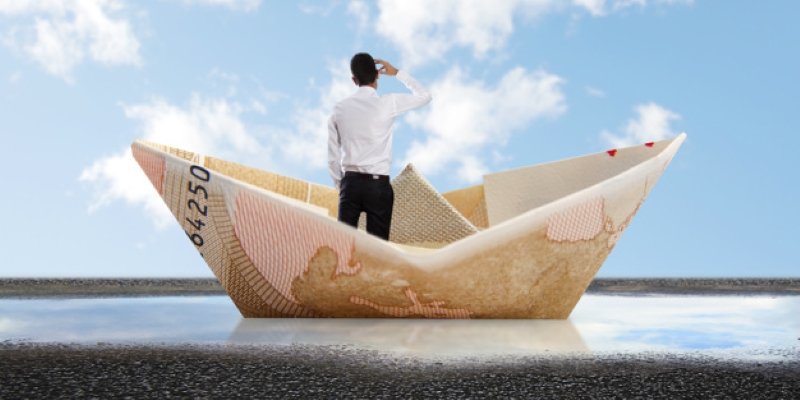 Becoming wealthy is more of a feeling. An abundant state of mind rather than naming a dollar amount you have accrued in your bank account. Those who are rich with money can feel emotionally poor, while those who are poor, can feel rich.

Feeling wealthy is about believing you have everything you need. A belief of having personal peace, prosperity and happiness.

What you want the feeling of, is to be able to completely enjoy your wealth.

Some will work 60 hours per week, get rich, while neglecting their health, personal growth, and relationships during the process.

Others will focus on their family so much, they’ll never get involved in their work, because of their personal obligations.

What’s required, is a mindful process where there’s a sense of balance. One which allows you to harness and possess true wealth, while also being able to enjoy the fruits of your labor.

Having A Creators Mentality

Know that it’s the creators who usually gets wealthy. The overarching goal that is a creator, is not to consume but to feed.

Although creators obviously also need to eventually consume, it’s not their primary goal.

The Providers Of The Economy

Instead of searching for where their next meal is coming from, they’re instead interested in providing the next meal for others.

Creators also know they’ll get the opportunity to consume themselves during the process, but that’s not their objective.

These creators can be performing open heart surgery, writing books, constructing skyscrapers, or be in the service industry.

They’re dedicated to providing products and services, to help those around them.

Once you adopt a creators mentality, you’re on the path to becoming wealthy as well.

There’s approximately 250 working days per year, so to earn a million dollars for instance, you need to earn around $4,000 per day.

If you’re currently earning $100 per day, then try to double it.

This does not mean doing twice the work, but rather working smarter than harder, to increase that income. Do everything you can to improve your daily burn rate.

Find a better paying job, make more sales calls, find ways to compound or multiply your daily rate, rather than subtracting from it.

Make Sacrifices For Yourself

Most are afraid to make sacrifices for themselves, because they think they’ll lose something.

She’s afraid the cost is not worth it, yet she won’t hesitate to buy her son a $200 video game to make him happy.

Before becoming wealthy, you need to feel poor. Other than lottery winners or those who inherit massive amounts of money, what’s needed is willing to sacrifice.

To adopt the mindset of being able to handle the worst, while expecting things will turn out. To delay gratification by focusing on a bigger goal, which rewards you at the end.

The Reward Of Risk Taking

Usually, the reason why you won’t take a risk, is you justify the money involved isn’t worth the reward.

However, you need to sacrifice to become wealthy. Those who are wealthy, swear even if it’s your last dollar.

Do What The Wealthy Do

The number one killer of wealth, is when someone with potential hangs out in places of poverty. They’ll hang out in poor places, surrounding themselves with those who has no interest in becoming successful.

Get away from these bad influences, and avoid negative people as often as possible, as they are toxic. Hanging out with the poor, will never make you rich.

So if you currently find yourself in places where there’s constant cursing, negativity and disrespectful behavior, then decide to move on.

It’s your choice. You do not need to participate in their underwhelming antics, as you’ll become a product of that environment. It will deeply affect your outlook and performance in life.

Most however will tolerate these types of negative conditions, not realizing how much the subtle influences of violence, gossip, and drama impacts them.

Realize if you don’t have a prosperity mindset, you have a poverty mindset.

So instead, seek out activities and people who are wealth orientated, such as attending money making seminars, then apply yourself.

Everyone is naturally gifted somehow. Some have a variety of talents, while others just a few they excel at. Nonetheless, know what your skillsets are, and take advantage of them.

Most often, many will downplay their potential, while allowing others to also degrade them.

What should be cultivated are your special talents you were born with, by surrounding yourself with others who supports them.

Begin by finding your particular talent, abilities, and potential.

Take Advantage Of Your Strengths

Most parents, educators, and workplaces will seldom encourage you to use your talent. Most will ignore them for their advantage, usually because of financial or peer pressure. Then you conform.

These authority influences then forces you to just “fit in,” rather than “stand out.”

Realize that it’s up to you, to take full advantage of reaching your potential, to hold yourself accountable.

So begin the journey now, this by taking baby steps. Start doing what your heart yearns, knowing it’s your destiny, by deciding to fulfill your potential.

Go out and reach as many people as you can, start relaying your message. The more you display your potential, the happier and wealthier you’ll become.

Money is being manifested for you right now. So open yourself up to receive it, as it’s flowing your way. Money is the vehicle, a form of energy that allows you to exclaim who you are.

So just stop trying to survive another day, but instead start thriving and filling your potential, as there’s a variety of virtues in becoming wealthy.

Then prepare yourself to manifest richer friends, better cars and homes, all by committing to your purpose.

Can You Beat The Odds And Become Financially Rich In Life