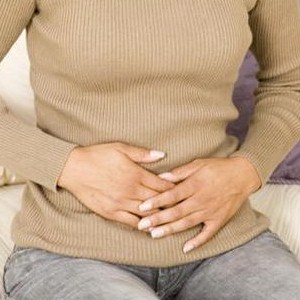 Our digestive system at any given time can become challenged and compromised, resulting in a bloated or sore stomach. Those who have impaired digestion will struggle with enjoying the delicious foods that they once did.

But they go ahead and eat these “bad” foods anyways, knowing that they’ll suffer the consequences of developing an upset tummy. Even for those who may have a good digestive system, it’s realized that eating too much, or eating unfamiliar spicy foods can and will cause digestive issues.

Once any symptoms of an unsettled stomach arises, it’s usually because of a key nutrient which most are lacking to some degree. The substance in the body which are known as enzymes.

The Manufacture Of Enzymes
Our bodies are able to naturally manufacture some of its own enzymes, while the remainder is obtained by eating foods which contain them, the best sources being raw food.

Food in its raw state are the most effective since what cooking them over 118 degrees F does, is usually destroys their enzyme content. Food growers along with manufacturers will also remove the active enzymes from these foods, by they treating them with certain chemicals.

What these chemicals, preservatives, and pesticides do is they’ll slow down the spoilage rate of them, this to the point that they have a longer shelf life. If they don’t bother with this process, all of the fruits and vegetables would spoil quicker, or begin to rot before they hit the grocers shelf or the kitchen table.

The pasteurization of food is another modern day necessity which extends the shelf life of certain foods, which leaves them nutrient as well as enzyme depleted.

Improving Our Digestion
The first step, the one that mom always told us about to improve our digestion is chewing our food as fine as possible before swallowing.

What this requires is a bit of additional time for each mouthful of food to process, as most nutritionists will recommend that you chew, especially hard foods, on average, up to 75 times.

What’s recommended is that the food reaches a puree state, much like baby food, before swallowing. But it’s a well known fact that most will only chew their food just a few times before gulping it down.

During the chewing process, what saliva does is it releases the enzyme which is known as amylase, which begins the process of breaking down starch into smaller glucose molecules.

Adding More Enzymes
There are certain foods which can be added to your diet which contains additional enzymes, along with stimulating the formation of more enzymes.

These foods include: raw pineapple, raw papaya, raw unpasteurized apple cider vinegar, and certain fermented foods which are high in probiotics, such as sour (not sweet) yogurt, kim-chi, and sauerkraut.

A probiotic supplement may be needed for some because of the overuse of antibiotics, or if their diets are too high in sugar content or refined carbohydrates.

These can be consumed in capsule or powdered form once waking up in the morning, and then taken again right before going to sleep.

The Different Forms Of Enzymes For Digestion
Some may just need a cup of soothing digestive tea directly after meals. The most recommended, which can be taken individually or combined are: anise, fennel, ginger, papaya, or peppermint teas.

There are also a variety of digestive enzymes which can be taken in capsule form with meals. What they provide are all of the enzymes which are needed to digest the different food groups.

The actual production of HCI in our body begins to diminish at approximately 25 years of age and beyond, along with the various high protein based diets which have gained a lot of popularity lately. As a result, the deficiency of hypochlorhidria (HCI) is on the rise.

Those who may not be able to digest dairy, may want to include a separate lactose digesting enzyme, this since there may not be enough in a single enzyme multiple.

Another popular way of enhancing digestion is to take papaya enzyme tablets directly after a meal. What papaya contains is papain, which is an enzyme that’s effective in digesting proteins.

Since buying fresh papayas may be expensive when not in season, chewable papaya enzymes are inexpensive, so as a result are recommended.

If you are a vegetarian, then you may want to consider using a product which doesn’t contain HCI, since the main ingredient are animal proteins.

It should be noted that supplementing with HCI, and those who have acid reflux may be contraindicated, while the inflammation in the esophageal may persist.

Tips For Better Digestion
Another product for better digestion is taking charcoal capsules. They may be useful as a last resort, but not recommended since if they’re taken on a regular basis, they will also deplete the existing nutrients in the body.

They are great however in those instances when you experience extreme cases of an upset stomach, such as: bloating, gas, diarrhea, or nausea, which can occur on occasion.

What the charcoal does is it will absorb all of the excess and unneeded acids, and will offer relief usually within 30 minutes or so. Charcoal capsules can come in handy under extreme situations, so make sure that you carry some with you.

The Alpha Male Why Women Swoon And The Men Respect Them