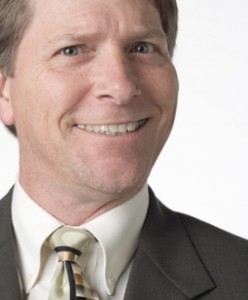 We all want to be more liked, we all invite adoration, to be accepted by how we look and how we act. So if you’re not currently loved by absolutely everyone that you meet, then there are ways which you can improve.

Are you satisfied with just getting along with your coworkers, or do you genuinely want to be liked by them, as a friend, as there is a distinct difference.

“Getting along” with others just requires mere compatibility with that person, as both of you reach a common resolve to tolerate each other.

But when you actually like each other, become chums, you subscribe more to the desires of the other person, even if it means that you may need to sacrifice some of your own goals.

If someone genuinely likes you, and the feeling is mutual, it means that they have positive thoughts about you, concerned about your welfare, rather than just needing to get along with you.

There Are Some Who Don’t Want To Be Liked
You know them, they just don’t care or just can’t avoid it. They may have a specific job to do which may involve ruffling a few feathers, and making tough decisions, which may cause some people to resent them.

So once you’re around them, or even think about them, they don’t exactly paint a pretty picture of friendship. It may also not be entirely necessary for them to project this negative aura, but they don’t care.

Not being particularly liked by others isn’t the end of the world to them, since they’d rather just stand behind their values and ideals. But ultimately, being liked by others should and does matter.

The way in which you’re regarded by others can eventually affect your mental as well as physical health. Those who are liked usually have larger social networks, which ultimately gives them more social support once their birthday rolls around, or if a crisis ever occurs.

When others like you, they’ll also go out of their way to help you out when you need a favor, even without you asking. They’ll cater to your emotional isolation while giving you assistance in doing something that you’re not able to do yourself.

How To Be More Liked By Others

Make Sure You Smile
When around others, be a rewarding presence, decorate the social environment positively by having a good pleasant demeanor on your face. You’ll just come across as a nicer more approachable person.

Once you do smile, tests has shown that you’ll actually feel better about yourself internally, which further increases your likeability externally. So lose the dour.

Come Across As Being Genuine And Honest
“What do you mean you can do 50 situps a day, with that beer belly? Yeah, right.” When you outright lie, what you do is make yourself completely unlikeable and untrustworthy. Getting caught in a lie will cause others to be suspicious, and will avoid you because of the fear of being cheated or entrapped.

Stop Gossiping
Most who avoid those who lie, avoid them because they gloat, are smug, and afraid they’ll tell them things which are completely untrue. Lies and distortions of the truth are also the elemental substance of gossip.

If you decide to gossip to Person A, about Person B, then Person A will automatically think that you’ll spread gossip about them to someone else as well, so they avoid you.

So to gain the trust of others, you need to prove that you can keep secrets and be trusted, and not “accidentally” spill inappropriate or private personal details which someone may of confidentially revealed to you.

Don’t Brag About Your Success
Try being an underdog as much as possible, as everyone has a passion for anyone who appears at a disadvantage. So never brag or fabricate the truth about your accomplishments, or your successes, no one cares.

There’s really no need to make a point about it, or make it overly apparent to everyone around you in every situation that you’re such a winner in life.

Show Genuine Interest And Empathy Towards Others
Appearing extremely popular and being loved and adored by absolutely everyone gets a bit of a bad rap, this because it’s usually associated with being a phony. So there’s no need to put forward a false front in the attempt to get others to like you.

But once you show genuine interest in others, you’ll then benefit by learning something new or interesting about them. This will also cause them to think positively about you as well.

Make Sure That You’re A Positive Presence
For all of the “Debbie and Donnie Downer’s” out there, they’re extremely difficult to like since they just make you feel uncomfortable around them. It’s fine on occasion to be a little critical every once in a while, or when it’s appropriate, but if you constantly and continuously complain and whine about everything, others will just find you unpleasant and annoying.

Bringing Your Part Of The Deal
Demonstrate that you’re dependable and competent enough without coming across as a complete douche, egomaniac, a know-it-all, or a show off who talks too much. If someone believes that there are certain things which you can bring to the table, they’ll then ask you for your advice. Also, once you prove that you’re not completely needy, or ignorant, and you can be a helpful person, then you’ll become more likeable.

Act As Mature As Your Age
Television sit-coms, those comedies which constantly pick on, exaggerate, and magnify “social anxiety” situations in people, displaying the awkward moments and the immature antics of the socially inept, do so just to get a laugh.

So if you follow a similar depiction of a highly immature goof who doesn’t act their age, or are extremely temperamental, just to be the centerpiece “drama queen” in every situation, doing so will make you unlikeable as well as irritating.

Never Judge Others
Being as critical as possible, hello Simon Cowell, may get the high ratings on reality TV, but it doesn’t translate to everyday life. You’re better off to just side with and cheer for the wins and successes of your friends, relatives, and co-workers, hoping that they do well. Ignore all their faults, leave it up to them to figure out.

Once you show your snarly side, your violent and cutting mean criticism, you become completely unlikeable. Over time, some will get so arrogant to the point that they completely lose the ability to appreciate others, or show empathy.

So don’t build a reputation of you constantly focusing on the failures of others, but instead pinpoint their stellar qualities instead. Leave the judgmental criticism to others, and then you’ll appear a lot more likeable.

So How Likeable Are You
There are some who are born naturally sweet and lovable, while others need to refine themselves a bit. Even as adults, we never escape this mentality of being the “bully” that we were in high school, or wanting to be the commander of the room.

So if you’ve ever been the wallflower, being passed over on all of the popular activities, or parties, then you don’t need to prove it now. Just take the steps that’s required to build up your likeability factor, and soon you’ll benefit from the benefits of your positive reputation.

The Best Alternate Smartphones On The Market To Consider