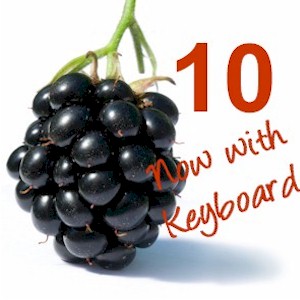 It all comes down to consumer and business preference, the end buyer always dictates the trend. There are some who claim that it’s Blackberry’s last attempt, their last swing at the mobile smartphone market.

BlackBerry has unveiled their 10 line of smartphones which are completely redesigned devices that’s intended to rival Apple’s iPhone, along with the higher end Google Android smartphones.

The BlackBerry Z10 was the first to be introduced, which featured a completely virtual 4.2-inch touchscreen smartphone, and was then soon followed by the BlackBerry Q10, with a smaller screen and their trademark full hard keyboard, a former classic staple of BlackBerry’s past.

These smartphones are expected to be available for consumer consumption in the first quarter of 2013, the cost being expected to rival the iPhone and the higher end Android smartphones.

The Blackberry, as usual will be available with their own proprietary mobile operating system, known as the BlackBerry 10. The 10 Operating System, along with a variety of apps will come pre-installed on the phones.

According to Blackberry, they’re now gearing their devices more towards consumers than the business sector, those who are wanting to multitask as well as use social media.

Looking To Buy A Smartphone Know The Hardware And The Software
If you’re in the market for a smartphone, you need to break it down in two distinct parts, the hardware which is the actual device itself, and the software which makes it run, known as the operating system or OS.

• Apple builds their own iPhone hardware which is housed with their own exclusive operating system, which is the iOs.

• There are a handful of hardware manufactures, such as, Samsung, LG, Motorola, HTC, Sony, etc., who don’t have an operating system of their own, so they all use Google’s Android OS as their software.

• Then there’s Blackberry, they similar to Apple, builds their own hardware, but they also offer their own exclusive software operating system, which is known as the 10-OS.

This is where Blackberry faces their biggest challenge. Apple is established with a significant grip on market share, while offering excellent manufacture and developer support.

The Google Android OS also offers excellent software and developer support just because of their sheer size, as their OS is used by the majority of the smartphones on the market.

But then there’s Blackberry. Their hardware devices are excellent, but the question remains their OS. They are on an isolated island, sink or swim, because their software is proprietary, which lacks the size or support of either Google or Apple.

They’re not Apple where there’s vast adoption, and they’re not Google, where their software is shared and supported by various manufacturers.

Once Upon A Time… Blackberry Ruled
There was once a time when BlackBerry actually ruled the smartphone market. But in 2007, Apple introduced their first iPhone and that’s the point when the smartphone sector took off, which was soon followed by Google’s Android OS.

Currently, there are approximately 52% percent of all smartphones in use which run on Android, while the iPhone has around 33% percent market share, and BlackBerry has around 10% percent, but increasing.

So the question for the retailers remain, can BlackBerry’s latest efforts on their smartphones and OS make BlackBerry a major player in the smartphone sector once again.

What Blackberry also needs is a secondary market, such as developers willing to create BlackBerry apps. Some mobile experts claim that the roughly 10% percent market share may currently be just too small for them to even bother.

Blackberry’s Uphill Climb
BlackBerry is not likely to catch up to either Google or Apple, as they’re now the establishment, with firm solid footing, and their secondary market entrenched and growing.

But what does remain is a loyal Blackberry following as their hardware devices has always been solid and reliable. There’s nothing wrong with their products, but their OS remains the question.

Some experts are claiming that BlackBerry’s intention is not wanting to beat out Google or Apple, or to return anywhere back to its former market share glory.

But they’ll need to use that as a measuring stick for success, as the stats don’t lie. So based strictly on the numbers, BlackBerry may have a difficult time succeeding. The smartphone market is just now too enormous compared to when BlackBerry once dominated.

As a result, Blackberry is almost desperately in the attempts of reversing its subscriber decline, and needing to return to its former profitable growth while fighting the two giants.

What Blackberry Is Up Against
There are some mobile experts who like what BlackBerry 10 is offering, yet they remain pessimistic when it comes to BlackBerry’s ability of regaining lost ground.

For the end smartphone user, the BlackBerry 10 introduces new usable features which builds on BlackBerry’s original user interface, which should appeal to the existing BlackBerry user base.

But there is a “however,” however being the challenge for Blackberry to be able to attract new users, the masses who got tired waiting for and then moved on to the alternate more popular smartphones.

What BlackBerry is focusing on is ensuring that their 10 devices will have a large catalog of content, as well as apps, which is now the core essential for any modern smartphone.

As a result, they now offer over 100,000 apps at the launch of their new Q10 platform, which is an excellent start.

But the final verdict is that despite a well designed hardware platform, it will just attract a limited amount of interest from their existing users or attract new ones.

It’s expected that BlackBerry may continue to struggle to appeal to a wider audience, which is both the business and consumer crowd. It’s expected that they will just become a niche option in the smartphone market.

The Blackberry Going Forward
BlackBerry at one time in history was considered the brand of choice for the enterprise sector, for businesses and industry. But the mobile experts in the field are recommending that companies, the corporate world, hold off in investing in BlackBerry’s Enterprise Service 10 as a device management platform.

Companies and business users should wait for the dust to settle until it’s certain that the BlackBerry 10 has proven successful in the consumer market first.

They recommend that enterprises should be just testing out the BlackBerry 10 products, while familiarizing themselves with the platform and devices, and whether they’ll even be supported in the future.

Although Blackberry 10 is making a valiant effort, going all in with a fresh and modern platform, this including their popular keyboard qwerty Q10 Model, this Canadian based phone manufacturer is predicted to just make surface scratches on Apple and Google.