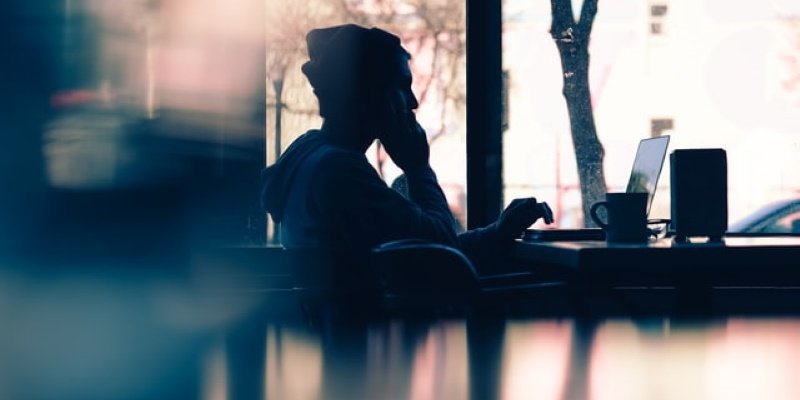 What we learn early in life is structure, this from school. We get conditioned to the routine 9-to-3 which sets us up for a life of working for a living as adults. Because of this, not everyone is capable of becoming entrepreneurs to earn a living.

What the majority needs is routine, the predictability and the security, of a regular job and paycheck.

So the majority, will devote their lives to the traditional 9-to-5 grind, the workforce, and comply to the employer/employee relationship.

Most prefer to receive direction from their superiors, support from their co-workers, and the guaranteed security of a set amount of income.

What many are wishing however in this new micro-economy, is wanting to escape the “rat-race,” and prefer to control their own destiny. What they want is to command their own life.

This entrepreneurial spirit, has certain traits and essential qualities, while working for an employer has its benefits as well.

One isn’t necessarily better than the another. The key becomes suiting your aptitude, to leverage your strengths.

What needs to be assessed are personal traits, viewpoints, and qualities that describes you the best.

Know your personality type and your tolerance level, and decide if you have what it takes, to survive on the freelance mindset continuum.

The majority of people are more suited for working a traditional job, as they’re not cut out to work independently.

There are certain traits and a foundation of attributes that’s needed, to survive in the unpredictable world of an entrepreneur.

The Need To Be Respected

What every individual has is the need to feel valued, respected, and important to others.

These are based on a combination of self-perceptions, which are collected while growing up, by having certain life experiences.

How we’re seen, and judged by others becomes paramount.

Once we assess what our values are, we need to look for the most dominant attributes and qualities which describes us as individuals, which then refines our personal competence.

There are a variety of qualities that contributes to this sense of competence, which is uniquely defined individually.

Competency doesn’t refer to what skills one has, or how they think when they’re doing well.

What it means is the qualities we believe are important, when it comes to success, regardless of how “success” is defined.

For some, competence can mean being extremely knowledgeable, in a certain field or career. For others, it can mean on the job experience.

It can also mean certain human traits such as being friendly, honest, while displaying empathy, or creativity. What we need is to feel competent, in one way or another.

Getting that feeling is the key motivation, when we feel capable. We’re then energized by the assessments of our values and abilities.

To feel competent, what’s needed is believing we as an individual have what it takes, the goods and aptitude to be successful.

To become a successful entrepreneur, what’s needed is the ability to tolerate ambiguity, along with taking risks.

What working independently requires, is being a jack-of-all trades. Working extremely long hours, while being able to endure long periods of frustration.

For those who defines competency differently than what’s described, may be better off with the preexisting traditional working world.

This is where the daily job is more defined, predictable, and consistent.

One condition of working freelance or as an entrepreneur, means tolerating long periods of solitude and isolation. Motivation and procrastination.

This may be difficult for the majority, as these are the key traits of being human, which is the need for affiliation. To be in close contact with others.

The ability to work alone for long periods of time independently, does is takes a special breed of individual, where one can thrive when knowing there may not be contact with people.

A key trait of an entrepreneur, is the need to contemplate and accept the challenge of becoming successful, regardless.

These are the situations, where it can provoke anxiety in many, as it’s a highly stressful situation, for those who are unprepared.

The Traits On An Entrepreneur

So consider the prospects of complete social isolation for long periods of time. There will be minimal feedback or validation from others, such as from a traditional workplace.

The majority of the personal success becomes a subjective evaluation, because unlike conventional work environments, you’re your own boss, assistant, and co-worker.

You won’t receive criticism, or positive feedback. No one will give you a kick in the pants or a motivational speech, telling you how things can be better, or which strategies might help you.

Instead, you’re on your own lifeboat, sink or swim.

Small Fish In A Big Pond

To be successful, there’s a need to feel you’re in control, while at the same time embracing autonomy.

What autonomy refers to, is being comfortable and flexible in everything you do.

To have self generated motivation, so you don’t need anyone to tell you to get something done, or when it needs to be completed.

Individuals who are autonomous, have the confidence to make their own decisions, even if it’s a bit risky or can be a potential mistake.

Regardless of what the outcome is, they’ll take complete accountability for the result.

The willingness to tolerate temporary setbacks, potential failure, while staking your reputation on your individual effort.

To endure stress and isolation, to motivate yourself when there’s long periods between successes.

If you’re unsure of who you are, or are unable to make decisions on your own, or can’t tolerate being alone. Then you may not be suited to work interdependently on your own.