Removing The Roadblocks Of Creativity To Solve Problems
Skip to content 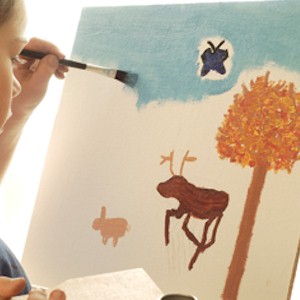 We’re all thought to be born with genius creativity, and is the most predominant way that we think as children. As we grow older, become adults, we then begin to lose this thinking because of the mental blocks that are placed in our way. All that we want is to get those visions back.

Creativity is the core of our natural makeup as humans, but the blockage begins once we or others, such as our parents or teachers, begins to correct us when we display our natural creative tenancies. We’re told we can’t.

When we do or say something wrong, speak out of turn, all we’re doing is expressing ourselves, which is often blunted. The issue becomes that once we as children attempt to think, speak our mind, its frowned upon, this in almost every culture worldwide.

As a result, our creativity is sidetracked, as we’re asked to think and act in a certain way, like everyone else, like sheep.

Learning To Think Creatively
Creativity then becomes a resource which becomes dormant somewhere deep inside us which needs to be retrieved. Those who are able to activate it, will as a result invent something, solve a need to an existing void, find simple solutions to difficult problems.

Some individuals are able to bring their creative abilities closer to the surface, and as a result are able to manifest and put them into action. For others, the ability to expose this creativity takes time, effort, and cultivation, but thought to be just a matter of application.

Changing Your Perspective
What most fail to do is think outside the box. Most will refuse to look at the problem, any problem, from a different point of view. We fail to see it from a different angle, as all that’s often needed is just a change in perspective.

Consider all of the different factors which are affected by this problem which needs solving. Attempt to break it down into several pieces, smaller elements, and then shuffle them around to resolve them.

Think what would happen if you inserted, took out, or replaced an idea. This becomes important when unleashing your creativity since it helps in removing all of the possible fixations which may hinder your thinking.

Mentally Step Away From The Issue
Think how someone else would view and react if they were faced with the same problem. Envision how much different that situation would be dealt with from a different set of eyes.

Placing the application into a completely different setting can prove effective, along with adapting a solution and then applying it to the current setting.

Allowing Your Imagination To Run Wild
What you need to do is give your imagination a workout. Small or complete modifications can trigger creativity, this since you’ll see things from a completely different angle.

You can also attempt to exaggerate or think from the outer extremes, be it the minimization or the magnification of something. Think of the possible or potential differences between these situations, which can produce new and unique ideas. This becomes the ultimate brain exercise.

Finding Your Ideal Comfort Zone
The environment where you expand your creativity needs to be ideal, so become as comfortable as possible in familiar surroundings. You need to find a quiet spot, somewhere you can focus without being disturbed. This so you can allow your mind to expand while giving it complete attention.

This also includes the people you work with. Most will tend to do better when they’re with other like minded creative people. What you need to do is hang with others who think the same way yet offer different points of view, this to completely enhance the entire creative experience.

Relax And Give It As Much Time As Possible
One thing for certain is that you can’t rush creativity, it will hatch when its due. Attempting to hurry up the process doesn’t help in the outflow or the quality of ideas.

What your mind tends to do is go into a state of disarray and panic whenever you attempt to force things. Research has shown that the best results are produced in a state where the mind is generally lacking and relaxed.

If you happen to be rushed for time, then write down a list of things which you need to do or solve, and break them down in segments. Go over each of them individually, exercising each step at a time, remain patient.

Get As Many Different Viewpoints As Possible
A different viewpoint to the same issue always helps, the more different, diverse, or abstract the opinion the better. Never be afraid to ask for them, as an array of ideas becomes extremely beneficial when brainstorming.

Begin by organizing a “creativity” session, a mind mash. Then the spontaneous generation of new and uniquely bright ideas will emerge, which helps in the formulation of more ideas or solutions.

The end result of brainstorming can be the raw material which develops into the construction of the ultimate solution. Some brainstorming guidelines include.

• Ideas should never be criticized, as what doing so does is it stops the flow of ideas
• Combining as well as modifying any new ideas are always encouraged
• Quantity of ideas are preferred, this over quality when brainstorming
• Abstract distorted far flung ideas are always welcome

Go With The Flow
To most, it becomes a difficult task to unlock their creative juices. So a workable process needs to be adopted to suit different individuals, and it’s usually up to the individual to unblock it and let it run rampant.

Begin by removing the boundaries, while thinking as diverse as possible, attack it from all possible angles, then you’ll eventually be able to unleash your creativity.

Get Everything You Ever Wanted From The Power Of Expectation