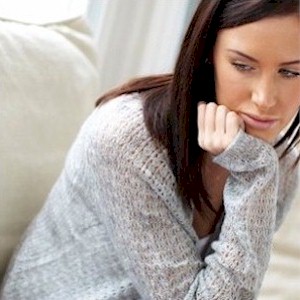 Some have a problem with over analyzing every event in their lives, this for as long as they can remember, so it becomes an expected occurrence. Since the brain is constantly in motion, over thinking for some is unavoidable.

What happens is they’ll envision the event and the entire dramatics right from the start to its very ending or resolve, this before it even happens. They dislike not being in command of a situation, or not controlling the ultimate outcome. They get petrified which induces panic attacks if they’re not in charge.

They envision terror images of events before they occur, events which most likely won’t transpire in the first place, this because they over analyze everything beyond recognition, this to the annoyance of themselves and everyone involved.

Know that if this is you, you’re not alone, as there are plenty of others who has a difficult time grasping their thoughts firmly, as they’ll get overwhelmed and lose themselves.

Life Isn’t Easy
Life can be a difficult process, it can be elusive and confusing, as it’s not something that’s easily solved by this or any other generation.

What parents worry about is they sending their kids off to college, then worry about they finding a job or a mate, become anxious on how they’ll survive in the cold lonely world.

These are the various degrees when it comes to over analyzing things, the most common issues that everyone else faces, but are taken to extremes.

Problems Which Don’t Actually Exist
Most will admit that they’re extremely proficient at this, which is over thinking something, an event, so far in advance that they create a dilemma in their heads, which doesn’t even exist in reality.

This could stem from a small pointless comment or gossip made from someone, which can run rampant through their mind, so many times that the actual context of the remark is lost.

Then it persists and begins to eat away at them. It bothers and annoys them, yet they don’t think to do anything about it.

Causes Additional Issues
What they don’t want is to confront the person who made the comment, as they dwell about the potential outcome or imagine their various responses, this before it ever happens, which brings anxiety.

What they think of are imagined conversations such as, “What the heck are you talking about?” “Honestly, how did you ever arrive at that conclusion?” or “That’s not even remotely close to what I meant!” A disagreement can ensue.

The Need To Calm Down
Any time that someone has a significant problem to solve, what they’ll usually do is consult with someone they know, their friends or family, and then ask them for their opinion.

They tell them that they’re extremely nervous, scared, or worried, and what the usual reply is, “Relax, you need to calm down, there’s no reason why you need to get this worked up.”

For the majority of the time they’re usually right. What some will do is take issues so far, jump to conclusions, this usually when it’s completely innocuous. Everyone but them can see that there’s nothing to worry about.

What they need is to be told that they’re being completely outrageous, and that they need to loosen up and relax. If no one bothers to tell them, then they’ll just bury themselves deeper into the phantom situation.

Can Cause Insomnia
Once the mind becomes obsessed and is constantly racing in overdrive, it becomes difficult to shut things down and fall asleep. This can result in losing hours of peaceful shuteye, making them miserable the next day.

Right before falling asleep, a thought suddenly enters their mind forcing them to fixate, “Why didn’t I think about that sooner, now I can’t sleep because I need to think about it.”

What then happens is they’ll end up tossing and turning, forcing themselves into improper sleep patterns. It can also be the calmness or the darkness which actives these thoughts, and can become unhealthy.

Can Become Unbearable At Times
Throughout their lives, what they’ve discovered is that they over analyze things which can become a distraction to others, as they become unbearable and a little difficult to deal with.

Their friends and family get annoyed, everyone gets upset while the one’s closest to them needs to tiptoe around them, being extremely careful on what they say or do. It’s not something that anyone enjoys.

What you don’t want is to be this person, someone who gets easily offended or upset, this even with the slightest directed comment or sarcastic joke.

Being present and mindful is one of the most important lessons that you can learn and take to heart. Compulsive over thinkers need to calm down and think about where they are at all times.

They need to step back and think to themselves, “Maybe, this isn’t as bad as I think it is, I just need to take it one day at a time.”

Just Keep Grounded
This is common happenstance which can be annoyingly difficult when transitioning from an immature mindset towards a mature one. It’ll never stop presenting challenges, surprises that one needs to reevaluate and become aware of.

What you need is to stop worrying, this by being so deeply concerned about yourself. Whatever happens will happen, and you can’t overreact when needing to understand that.

While certain events can be painful, at times be devastating, which will knock you off your game, you need to accept that you can’t control everything.

You need to remain positive while being focused on what you want and can do. You need to convert all that negative self talk, and channel that into what you can control.

Managing How Fear Is Holding You Back From Taking Action