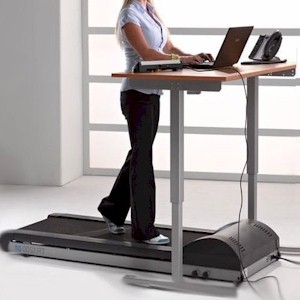 Regret is another word in the dictionary but has more profound meaning than most, it has proven it can turn out to be a bitter medicine, it can at times become so painful that the urge to avoid it completely, often motivates proper decision making.

The mere avoidance of regret can be a reason to forestall or alter any kind of commitment, whether it be to a job, a partner, a place to live or visit, this because of the strict fear that you may want to revisit one of those options the instance that it disappears.

There has been a long series of studies placed on regret research, which focuses on the findings and the motivations which suggests what most people will tend to regret the most.

The Regrets Of Omission
It may not be surprising to some but if you think about it, those regrets of omission has more impact than those regrets of commission. If you regret something that you’ve did or done, there’s always usually a chance to undoing it through divorce, or painful laser tattoo removal, so the effects of making that mistake won’t linger on.

There are a handful of regrets of commission, such as having an unplanned child, for instance, which is life altering and absolutely impossible to undo. The efforts which goes into dealing with the aftershocks of such profound remorse are of completely different magnitude, than the ordinary regrets that’s discussed.

Even if you’re not able to fix your regrettable actions, you can at the least rationalize with the thought that, indeed, it was a mistake and the wrong thing to do at that time, but at the very least, you’ve learned a lesson from it.

Learning From Regret
But how can you claim that you’ve learned a lesson from what you didn’t do. The chance, the opportunity that you passed up or somehow missed, which could of had any number of different outcomes.

It then becomes easy to fantasize about how much better each and every one of those outcomes may have been. That’s why that “person” you let go, that job you didn’t take, the neighborhood or city you didn’t live in, will always cause a lot more remorse than the things which you decided to do.

For many, it becomes a human interest story to see what they ended up regretting, this a way to perhaps avoid the same regrets in their own lives. This the reason why there are countless accounts of the most common regrets of those who are elderly, or are dying, that are documented.

These are the accounts of their biggest regrets, the things they wished they’ve done, but didn’t.

The Biggest Regrets That People Have
• Living Their Lives For Others – There are individuals who have regretted living out their lives for the purpose of just pleasing the expectations of others, this instead of themselves.

The majority of them didn’t bother to honor even a portion of what their own dreams were, and then knew and realized that it was because of the choices that they’ve made, and the one’s they didn’t make.

• Just Working Too Hard Their Entire Lives – There are those who have regretted having worked so damn hard in their lives, in fact, this was noted by every male as one of their regrets. What they deeply regretted was spending way too much time on the “treadmill” of work.

It’s also expected that this will also become true, if not already, for all of the women as well, now since women has as much responsibility as their male counterparts, who at one time were traditionally the breadwinners of the family.

Now that they’re on the same work treadmill, the dreaded rat race, this regret is the same for both men and women. It now appears to be running nonstop, as it’s not uncommon to see sixty hour plus work weeks, five to seven days a week, just to keep pace.

• Failing To Express Their True Thoughts – Another on the list was people who regretted not expressing their true feelings and acting them out. According to reports, what this then led towards is bitterness, resentment, and living a life of mediocrity, a life which fell short of what they could of had, if they would have spoken up and said or did something.

• Not Keeping Touch With The One’s They Knew – Most people regretted that they lost touch with their friends and family. Childhood or work friends that they’ve developed over the years and never kept contact.

Everyone at times misses their friends, family, those who they were close to, which turns into regret that they should have done more. So for those in the Facebook generation, please take note.

• Not Being And Doing Happier Things – People regretted of not being happier than they should have been. The majority didn’t realize this until the end, that their happiness was a choice that they had and controlled. There are countless reports of individuals who longed for and wanted to just laugh out loud naturally. To be silly and funny once again, things which they had lost while getting stuck in this thing called life, including the habits and patterns of being afraid of change.

Natural Cures For A Hangover When Recovering From The Bender