An Introverts Guide To Speak What You're Thinking
Skip to content 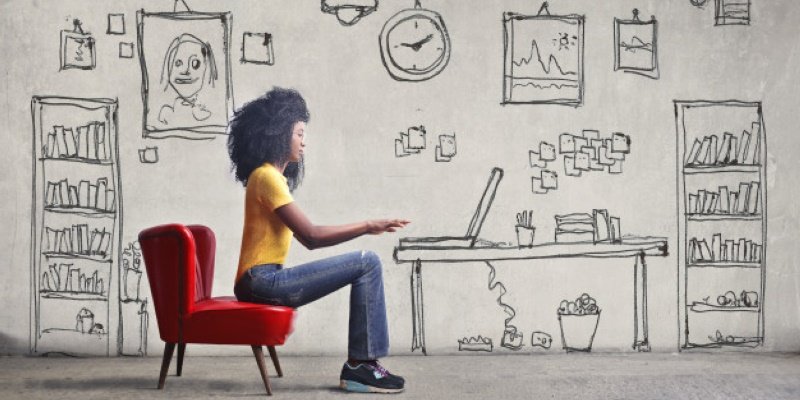 Your boss suddenly appears and asks you something, which should be an easy reply for you. But it’s their imposing stance, the tone of their voice, their glaring impatient eyes telling you they need an answer as soon as possible, like right now, like 5 seconds ago.

The request is a simple one, yet your mind suddenly freezes, goes blank as you gasp for something to say.

You then begin to say something and suddenly stop mid sentence, having a momentary mental block.

Everyone around you takes notice as they glance your way, wondering why you’re stalling.

You then might say something that’s close to what you actually want to say, but it comes out completely wrong.

Conversely, those who are outspoken, the extroverts of the world, What they have is a fluency of words on the tip of their tongue, they instantly shout out loud.

This could be a coworker, friend or spouse, someone you despise. They are able to express themselves effortlessly at all times.

What they can become is intimidating when you hesitate to speak, and will say something like, “come on spit it out.”

You want to, but your brain isn’t exactly engaging with your mind and mouth on what to say.

When wanting to say something, from mind to tongue. The process occurring in that particular area of the brain is the mechanics of talking.

The connection where the brain tells the vocal cords and organizes the tongue what to say, to speak what you mean, can be a difficult process for some.

This especially when it comes introverts, who often have difficulty finding the words they want to express.

The end result is they may come off sounding like they’re confused. Or have no idea what they’re talking about, although they know.

This often occurs at work or in social situations, when introverts have difficulty attempting to keep up with the slick fast-talking extroverts, who are able to crank out verbiage a mile a minute.

What the mind uses are a variety of different areas of the brain, when it comes to speaking your mind, as the process needs to work in concert.

There are an array of information that needs to fall in line to flow properly, and then combine with all the other various areas of the mind.

The problem with introverts, is this process of information relay runs deeper, so it needs more effort to retrieve the information from the brain, resulting in delayed development.

3.) – The Difficulty Of Retrieving Words

Retrieving the proper words to say can become a problem for introverts, because of the deeper processing that’s required, since the words needed to be said are retrieved from their long-term memory.

Similar to a computer, it takes longer to access data from long-term memory, as what’s needed is finding and connecting the right associations.

This retrieval process involves something which reminds or associates the data center with the word, which is buried in their long-term memory.

The process then extracts the exact word that needs to be said.

Emotions such as becoming anxious, can often occur once introverts start talking with others, especially those they don’t know that well.

Or when they’re in high-pressure situations such as asking for a first date, which compounds the difficulty of locating and articulating the exact word they’re wanting to say.

What introverts find is they can express themselves a lot better in writing, this rather than speaking in conversation.

This is because of the need for the brain to tap in the deeper regions of the brain when talking, so thoughts to fingertips to keyboard becomes more efficient.

This is the reason why introverts often prefer to send emails, or write text messages rather than making phone calls.

Many prefer to keep journals, blogs, compose poems, lyrics, or write stories. Many will also make it an occupation.

This is how the introverts brain happens to be wired, this since what writing words does is uses completely different pathways in the brain than speaking words.

Memory is an extremely complex process, as what it employs are a variety of different areas of the brain.

It becomes complex since the brain stores different memories in several locations, much like a library, and needs to create links between them, which are known as associations.

So to pull a distant event out of long-term memory, what’s needed is locating the association first.

The good news is that the majority of these pieces of information that resides in long-term memory, are found within several areas.

The process then becomes unlocking them.

If the brain is able to find just one key association, what then becomes possible is retrieving the entire memory, usually completely intact.

Whenever there’s difficulty to remember a word, or some type of information, or what you did over the long weekend, something that’s often referred to as “small talk,” is when your mind suddenly goes blank.

Learning How To Communicate Better

Quiet yourself down, don’t allow anyone to rush you. Buy time to process your brain by using filler words such as, “Hmm, let me think…”

Give some type of nonverbal sign that you’re thinking, such as making a facial expression or momentarily looking away.

Allow your mind to wander for a moment when it needs to.

One thought will then begin to flow into another, and one of those thoughts will hold the “key” to unlocking the word from your long-term memory.

If what you’re wanting to say escapes you, never feel stressed or embarrassed, as all your brain is doing is reacting naturally, and that’s thoughtfully pausing and reflecting.

You can also overcome potential awkwardness by injecting a bit of humor, by making light of your slow response, or say you’re a bit distracted right now.

You can also say you’ll get back to them as soon as possible, such as by sending them an email.

Whenever you’re with other quiet people, a group of introverts, you then feel grateful knowing you’re in good company with other deep thinkers, and no one is screaming at you.

How To Remove The Dark Passenger That Is Your Inner Critic