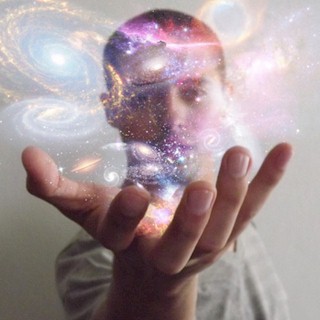 First remove the notion that money is the root of all evil. This isn’t true, although how you choose to spend it, might be. Its essence however isn’t, as it’s just a simple accounting system, a way to keep score. The easiest way to manifesting more money, is by generating more of it.

The first thought is either work harder, this by putting in more overtime at your current job, or getting a second job. Although doing so may be effective to increase cash flow, doing so won’t increase your money consciousness. What most get caught up in, is the vicious cycle that money is, which is earning, spending, and going in debt.

What needs to be adopted, is the concept that money should be working for you. If you’re not able to earn money while you sleep, then you’ll be working everyday until the day you retire, frail and unhealthy. So the key becomes, to generate residual money on autopilot.

Focus On Making Money
Consider money your friend. Learn to develop a healthy bond with it. What most have is a love/hate relationship. They think money hates them, or they confuse their love for money, with greed.

Having a true healthy love of money, is similar to loving any other entity, such as a love for flowers, chocolate ice cream, your partner, anything that you’re deeply attracted to, that makes life worth living. It’s about balance, remaining open to receiving more of what you like.

What’s known for certain when it comes to attraction, is that “like” naturally attracts more like. We humans are like magnets, as we attract the things that we think, feel, and envision within our consciousness, and will pull them towards us.

So focus on attracting more money into your life on a daily basis. Take time out each day, to flood your current mindset, with having more than enough money.

Envision the money actually being in your possession, although that may initially be difficult to do. So begin by envisioning that others in need, such as your friends, family, or loved ones, receives money.

Imagine them, having enough money to live a happy life. The more that you do this, the easier that it becomes, to attract more into your life.

Control Debt Reduce Expenses Create A Budget
Eliminate your debts, by setting up an automatic payment system, this for everything that you owe, such as your mortgage, loans, etc.

This is conscientiously acknowledging that you’re responsible and aware, that you’re taking care of what you owe, which frees up your focus on manifesting more abundance.

Create a budget by writing out your monthly income, and then write all the outgoing monthly costs, debts, and expenses. Create a budget that’s reasonable, one that you can handle, which tells you exactly where you are.

Then reduce all your unnecessary expenses. Decide whether you really need that designer coffee, or if you could brew your own.

Do you really need to go out for lunch every day, or can you make nutritious lunches from home. Control your impulse shopping, this by making a shopping list before going to the store.

Find Ways To Increase Your Income
The initial instinct of making more money, is by working longer hours at the job, or by increasing more revenue for your business. The key however, is setting up multiple streams of income, which is residual.

Most are now setting up home based businesses, which is now possible online, even if it’s for the tax benefits. What’s needed, are ways to earn money while doing other things. Most however scoff, claiming that’s impossible.

What this requires is having a massive leap of faith, which is perhaps the most difficult mindshift that you’ll undertake. What you need to tap into, is the plane of abundance.

The belief that there’s no such thing as competition, only creation, this when it comes to building your multiple streams of income. What increasing your cash flow doesn’t mean, is that it involves struggle or hardship.

It’s all about perspective, on how you view things. It’s not about competing with others to get that last piece of pie, but to instead bake your own.

What’s known is that nothing in life, begins without first starting something. This by planting a seed, and then nurturing it on a daily basis, so it will grow and eventually come to harvest. Know nothing ever happens without thought, which includes manifesting prosperity your way.

Learn How To Save
Then adopt the habit of saving money. Even if you’re able to just save $100 every month, place that money into a savings account, regardless, and just leave it there, just forget about it

The more that you save, the more easier that it becomes to start saving more. This is what’s referred to as developing a savings mentality. At times, emergencies come up, so the key to saving, is perspective.

Become Grateful To Everything
Be thankful, for the money you already have. Be grateful, for the amount of money that’s coming your way. Realize that there a some in the world, who doesn’t own a portion of what you have.

By becoming thankful on a daily basis, what you’ll then begin to focus on are all the good things that you already own, while giving them a chance to expand, and then grow further.

What’s needed is applying all the basic principles, of manifesting more money into your life. This can be done effortlessly, by adopting and conforming, by being open to the various ways on how money can enter your life.

What’s then needed is continued persistence and dedication, as what you’re participating in is the attraction process, which increases abundance.