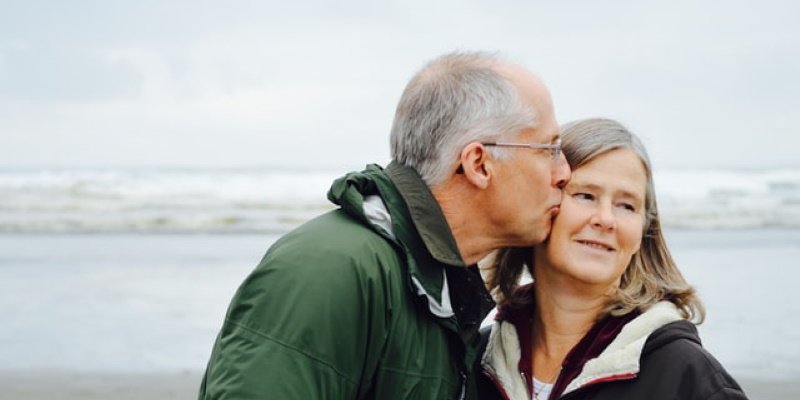 The ravages of time eventually catches us all, as we begin to grow older. The way we look, the way we limp as we walk as our minds degenerate, is proof old age is overtaking us. Science is still working on the reasons why our bodies are designed to grow old.

So why do we age, some more rapidly than others. What can only be presented are theories, as the true nature of the aging process isn’t known or completely understood.

All that’s known for certain is our bodies, as the years pass are designated to age and the wrinkles show.

What happens is certain parts of our body begins to age first, such as the arteries becoming clogged from eating poor quality food.

The joints begin to flare up with arthritis, our body parts begins to slow down and wear out. We don’t heal as quickly as we once did.

What’s known is there are certain genes in our makeup we’re born with, and there’s no way to alter them regardless of what we do.

But “how” we age remains primarily up to us. Our immediate environment, our activities, our tendencies, and our social interactions, all matter.

It’s believed just 30% percent of the aging process is because of our genetic inheritance, and begins to matter less as we age.

Once reaching 80 years old, it’s our behavioral choices and mental outlook which accounts for our overall health and longevity.

7 Reasons Why The Body Ages

1.) – What’s known is our genes are genetically programed to divide a certain number of times. As we grow older, once this division process has reached its maximum number, the body then begins to fail. There are elements which controls the number of allowable cell divisions.

2.) – There’s a general degradation of the neuroendocrine programming, which is the neurological and hormonal system which regulates the body that begins to wear out. This makes us susceptible to a variety of diseases.

3.) – The body begins to build up and accumulate a variety of toxins along with waste excess, which forces our body to begin to shut down. This toxic waste buildup can then begin to affect the structure of our genes.

4.) – All the wear and tear, the constant pounding that living a busy life presents, will begin to accumulate, as our joints and all our body parts begin to wear out.

5.) – Oxidation causes aging in the body because of free radicals entering it, which damages our organs and our DNA structure, causing the body to age quicker.

6.) – There’s glucose toxicity, which is also connected to waste buildup. It’s our poor utilization and control of glucose in our body, which begins to accumulate.

7.) – Aging accelerates based on the law of entropy, which means in the universe, there’s constant movement from order to disorder. Our bodies are caught in the middle of this movement, which causes aging.

Most are biologically predisposed to arterial aging, this sooner in some than others.

There are some who are genetically inherent to high cholesterol, high blood pressure, and obesity.

Others become culturally predisposed to certain diseases, because of developing poor eating habits which are high in saturated fats, which accelerates the aging process in the arteries.

There’s a saying in the cardiovascular community. “You’re as old as your arteries.”

Once your arteries become clogged, what they restrict is the amount of oxygen and nutrients that can reach the cells.

Once this happens, the entire body then ages more quickly, and the reason why cardiovascular disease is the leading killer of adults.

What we all have are genetic controls in our cells, which protects us from contracting major illness.

Once these cellular controls begin to slip, what then activates are disease ridden cells to develop. This is better known as a failing immune system.

Arthritis is the most glaring example, when it comes to the break down of the immune system.

How our body reacts to the environment, biologically, psychologically, and socially, determines how we age.

Living or working in hazardous environments, obviously has a negative effect on our health.

What this offers is the opportunity to laugh, have fun and enjoy life, which extends our lives by developing passion.

How Men Age How Women Age

It’s thought men will reach their peak biological performance curve, in their late twenties to early thirties. Women peak in their mid thirties.

This is when our bodies become fully mature, become the strongest both mentally and physically.

Depending on genetics, somewhere between the ages of 28 to 36, most will hit a turning point. There’s a transition from growing, to a downward aging process.

Most will then begin to experience bodily ailments such as chronic backaches during this period, as a warning signal we’re growing older.

Once reaching this turning point, the musculoskeletal system begins to weaken.

Once this happens we’ll know, and proves to be a momentous apex in our adult lives, as for the first time things begin to creak.

Our physiological functioning along with our cognitive ability begins to decline as we age.

It’s thought our biological functioning begins to decrease anywhere from 3% to 6% every decade, after the age of 35.

The good news is certain functions such as IQ and mental resonance for some, shows no decline or may even improve. This between 35 to 75 years of age.

So what becomes important is to find your true age, not in years, but how your body and mind reacts and survives to the ravages of time.

10 Ways On How To Naturally Boost Your Energy