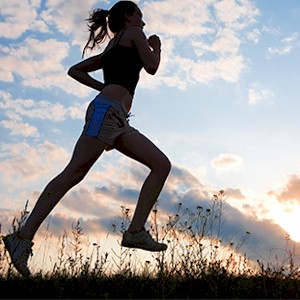 Our brains are what makes us tick, to be able to read this, to observe and translate information to comprehend. As a result, there’s plenty of absurd claims that are available on ways to get more intelligent, smarter, to train your brain to react quicker and healthier.

What most don’t realize is that certain applications have been scientifically investigated for validity, and that there’s persuasive evidence which exists for them. It’s thought there are ways on how you can use more of your brain for better improved processing.

So what’s been selected are the best ways to do so, to help you reach the peak of your ability and intellectual potential, while improving the health of your brain.

Always Think Positively
Perhaps thinking positive is overused and a term that fits all for every situation or malady. The idea being that if we set high standards for ourselves, and think that achieving them is entirely possible, then they become possible.

On the other hand, those who are made to think that there’s little or no point in they attempting to reach certain standards, will give up easily while not reaching their true potential.

Extending Ones Education
What’s proven to help is we actively embrace ourselves in problem solving as well as grasping new learning opportunities on a daily basis. So take courses of interest which intrigues your wonderment, such as learning a foreign language.

Read that book on philosophy. Everyone who presses the recesses of their mind shows measurable gains in their IQ, this once the immediate environment they live in becomes more challenging and stimulating.

The belief that IQ is fixed is a controversial topic. There’s evidence which supports that it’s increase may indeed be possible. One study examined the effects of increasing it during the study of difficult subjects.

For those who’ll choose additional education such as attending University, their IQ measurements did increase at a quicker rate as they grew into adulthood.

Physically Staying Healthy
What’s been known for a while now is that doing consistent physical exercise acts as almost a “miracle” cure, this for a wide range of emotional, physical, and intellectual problems of the brain.

Exercise for the most part is free and there’s no side effects other than temporary muscle pain. What physical exercise does is it increases your blood flow, which increases the amount of glucose and oxygen to the brain.

What exercise generally involves is coordinated physical movement accelerating the use of all the major organs. How your brain benefits is it coordinates these actions of physical activity.

What exercising does is it accelerates the growth of new brain cells, known as neurons, while stimulating the connections between these brain cells (neurogenesis) by promoting the production of a few essential growth factors.

What these factors does is they’ll minimize inflammation, slows down cell degeneration, while growing new blood vessels. A daily workout can also awaken the dormant stem cells found in the hippocampus, a region of the brain which controls memory.

Eating Brain Food
There’s a wide range of food ingredients which are known to be good for your brain, and marketers will attempt to sell you a wide variety of these extracted ingredients to help the task.

The truth is that there’s a lot of food components which are proven to increase mental functioning. Ginkgo Bilboba for instance, has proven to have positive effects on improving memory.

Others foods include those that contain protein which are found in lean mean, eggs, and certain beans. They all contain high levels of certain amino acids such as tyrosine, which is associated with mental alertness.

One study compared the IQ’s of children that were fed an Omega-3 enhanced milk formula to those who weren’t. It was found that the Omega-3 fed children were several points higher, even after the feeding stopped.

A Good Nights Sleep
It’s known that the brain doesn’t just shut off when we’re sleeping. There’s a lot of work behind the scenes that’s performed during sleeping, and the bulk of it involves consolidating what took place during the previous day.

Theoretically, you can solve all of your problems while making sense of all your activities by just sleeping on it. So if you continue to have a poor nights sleep, what you’re losing are the benefits of learning.

You also won’t learn as quick or remember better the following day. The typical adult needs anywhere from 7 to 9 house of sleep each night to function the best, this by reaching their cognitive peak.

Meditation
Some impressive evidence has evolved recently from the ancient wisdom around mediation and mindfulness, this to improve our mental as well as physical health.

What meditation does is it improves concentration and memory, which involves important areas of the brain that’s associated with intelligent thinking. It’s found that long term meditators have larger amounts of “folding” of the cortex of the brain.

What stress prevents is learning, while delaying the immediate priorities which are known to shorten attention span. To think more intelligently, what we need to do is think more broadly.

Thinking this way isn’t possible if we’re stressed. What meditation can do is help us to calm the mind, which increases our ability to attend each of the new learning experiences completely.

How Self-Esteem And Positive Thinking Activates A Cosmic Order