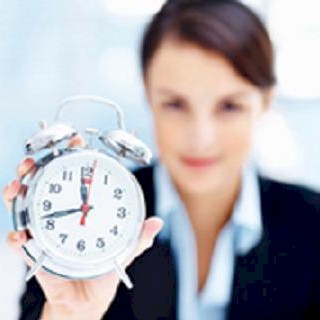 There’s always someone who appears to be efficiently productive. They appear to get a lot done, while you’re struggling with the same tasks. They juggle their life and work, study for exams, manage the household, taking bite size chunks in the pile of work that needs to be completed.

There are certain traits to this seemingly superhuman nature, where much is accomplished, where they appear to have infinite supplies of energy. When it comes to the tasks which needs to be completed, there’s a predicable and definitive pattern, where projects are systematically attacked, and accomplished to their finality.

They don’t waste time, every act is for a reason, everything is planned ahead and scheduled. What they’ll do first, is initially formulate the task in their mind, this before actually doing it. Then they’ll attack the project full steam ahead, giving it a certain period of time to complete it.

There’s more to being efficiently productive, than just doing large volumes of work. Productivity is all about balancing quality and quantity, while doing so with minimal effort and time.

Do so the best you can, as much as you can, while being as efficient as possible, and you’ll become more productive.

Have A Time Clock
If you’re wanting to maximize your productivity, then always schedule a designated time period such as two hours, for whatever project you need to do.

Always keep track of how long it takes to complete certain repetitive tasks, or once you begin to get bored, tired, or irritable. Once you begin to waste time during long stretches of work sessions, then plan for shorter work periods doing that task.

The clock on the wall is the best way of keeping track of time, this because it’s not distracting, while it’s always persistently ticking away, managing your time.

Set Goals Before Starting
Give some thought beforehand, this to the purpose of the work you’re doing. What you’re hoping to achieve. When approaching tasks you don’t like doing without a plan, you’re setting yourself up to lose focus, while thinking you’re not effective.

So before starting, think of a few things you’re wanting to accomplish, and what you’ll need to do, to get there. Once your goal is directed and you achieve it, you believe that it’s possible for you to be productive, especially for tasks you don’t enjoy doing.

Remove All Obstacles
Determine what gets in the way of you remaining productive, such as starting late, getting easily distracted, or not setting specific start and finish times.

Are there things you can avoid or remove so you won’t get distracted. If so, get rid of them, or find a more suitable place to work. If you have difficultly concentrating, then practice relaxation techniques such as deep breathing, to get motivated.

In the technology age that we live in, it’s found that our smartphones has become our biggest distraction when attempting to become productive, so turn it off. Discipline yourself to take short breaks to check social media, emails, or texts, then back to work.

Restructure Mindful Thoughts
What some have are generalized negative thoughts about working, as procrastination sets in. The key becomes to stop these thoughts before they fester, this by mindfully replacing them with thoughts which are specific and task orientated.

If you don’t enjoy doing certain things, what usually results are generalized thoughts such as “This work is so boring” or “I just hate doing this work!” Once you learn to work through these mind traps, you’ll find yourself jumping into the flow of the task.

Begin By Challenging Yourself
Do you really dislike what you’re doing? What’s more productive is realizing that it’s a minor inconvenience which needs to get done. That there are certain elements of your work, which is less enjoyable than others.

If it’s too mundane or boring, then find ways to make it more interesting and exciting, such as how the end result will be. It becomes important, to realize why you’re doing the work in the first place.

This is why it’s important to put a time limit on the project, such as it taking 90 minutes to complete the task. Then bury yourself to get it done on time.

Avoid Procrastinating
This by scheduling a “productivity hour.” If you continue to put things off, such as you’ll do it later or tomorrow, makes it easier to avoid it.

If you’re spending too much time thinking or worrying about the things that needs to get done, then set up a daily productivity hour, a dedicated time slot to get them finished.

Usually, there’s always something that needs to be done during this time, while there will be more flexibility to address the different projects you’re doing.

Do The Most Difficult Tasks First
The best time to schedule this productivity hour, is first thing in the morning. What doing the most challenging work early does, is opens up the rest of the day, to do the tasks which are less mentally challenging.

What you’ll appreciate is a sense of accomplishment, this once you’re productive early, making it easier to enjoy the time that you spend doing the things you like.

Once you begin running out of steam, take a short break instead of becoming frustrated, or allowing the quality of work to suffer. Stand up, walk around, stretch, breathe deeply, and then get back to it.

Always Remain Consistent
Make being productive a part of your life. Become more efficient, this rather than just dreadfully getting things done once they arise.

Know and then note when you’re the most productive each day. This could be first thing in the morning, or later in the workday when you’re planning tomorrows routine.

Spring Cleaning Tips To Remove Negative Energy From Your Home