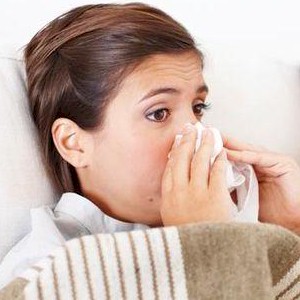 One of the worst nightmares for many is catching the flu, and as a result, there are plenty of solutions and remedies depending on who’s consulted for advice. Some believe that the doctor prescribed or the over the counter medications work the best.

Others feel that the various homeopathic remedies are more effective. The best remedy for flu prevention is obviously avoiding it altogether. Some are blessed with superior genetics who never appears to get sick, this even from eating poorly or a lack of exercise.

Many catch the flu every year, which is a common happenstance of the colder climates. Getting a fever, pounding headaches, and developing aching muscles are the most common symptoms.

The first attempts to curing the flu is usually the easily available acetaminophen or ibuprofen products to lessen the symptoms. Congestion becomes another issue where oral decongestants will usually loosen everything up.

Effective Homeopathic Remedies
Elderberry extract is known to lessen the duration of the flu. Consult with your herbalist for advice on the dosage to take. Know that it may interfere with other medication or supplements, so also consult with your doctor.

Boneset is another herb which is known to lessen the intensity along with the duration of the flu. It’s usually added to boiled water, mixed along with honey and lemon to ease the taste. This should also be consulted with your doctor and herbalist for the recommended dosage and any potential conflicts.

Echinacea is a popular natural remedy that fights against the flu. This is another herbal product, so insure it’s safe to take if you’re taking doctor prescribed medication or supplements.

Herbal based health juices such as noni, aloe vera, mangosteen, goji, or acai berry are all known to reduce symptoms. They’re not only excellent juices to drink once you get the flu, but also in prevention since these juices will boost the immune system.

Relenza and Tamiflu are two popular prescription medications which are available for effective treatment. It’s found best that they be taken within two days of the onset of any flu symptoms.

Preventative Flu Maintenance
One that’s commonly overlooked is your toothbrush, which is an absolute breeding ground for attracting germs and bacteria. One solution is using hydrogen peroxide to kill these germs which will accumulate on a daily basis. Kill the bacteria by dipping the toothbrush in a hydrogen peroxide solution, then rinse.

You can also use a few drops of hydrogen peroxide in your ears, this by using a Q-tip. Repeat the application several times until there are no longer bubbles. Hydrogen peroxide is a common product that’s known to be effective to kill flu germs.

External Solutions
There are several products which are available for your bath or shower to help reduce the symptoms. Abra Bath is known effective for relieving colds and the flu, a product that you add directly to the bath water. It’s known to help reduce body aches, relieve congestion and chills, which are all associated with the flu.

Those who make Sudafed offers a product known as Sudacare Shower Soothers. They’re tablets which reacts directly with warm shower water, which creates vapors of menthol, eucalyptus, and camphor, which reduces congestion.

There are various nasal sprays which are known to help relieve flu symptoms that are readily available over the counter. Nasal sprays aren’t as popular a remedy since most dislike the sensation of spraying into the nasal cavity.

A sore throat is another common and bothersome symptom of the flu. Throat sprays and lozenges can help relieve the pain. Most also gargle with warm salt water once an hour to relieve the pain. It’s a traditional cure, and one that’s known to work.

Getting plenty of bed rest is extremely important when fighting the flu. Your body needs the rest to help fight the infection and recuperate. So stay at home and surrender to that urge to cuddle up underneath the covers and sleep. This the most effective known cure.

The Replenishment Of Fluids
It’s recommended to drink as much fluids as possible. Avoid drinks which contain caffeine since their mild diuretics. Water remains the best liquid to cure.

Other excellent choices of liquid replenishment are clear juices such as apple juice. Make sure that they’re as pure as possible and not artificially sweetened. Another option is Gatorade or other sport drinks on the market.

Severity Of The Flu
Always keep in mind that the flu, this depending on the strain and severity that you’ve contracted, can potentially be a life threatening illness if it’s not treated properly.

So if it persists, don’t hesitate to contact your doctor if the symptoms linger, doesn’t improve after several days of common medication, or once the symptoms worsen or becomes extremely severe.

Another thing to keep in mind when you have the flu, or even the common cold, is to just treat the symptoms that you have. There are plenty of over the counter medication which treats a variety of multiple symptoms.

There are numerous products on the shelves which relieves a blanket of sickness symptoms. Usually, you don’t have all of the symptoms that the particular generic medication treats.

So look for products which just treats and isolates the specific symptoms that you have, and nothing more. What you want to avoid is over medicating yourself.

Your Marketing Efforts Mean Squat Unless You Target Precisely