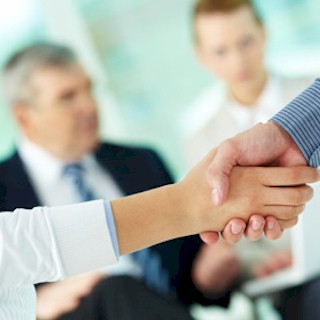 Two people rarely agree on anything, especially once the stakes are raised, and both have something to lose. Once meeting, what’s attempted is working out a deal, as both stands on guard and tries to maximize to their advantage, while minimizing their losses or costs. So the grounds of a standoff is established.

What each will invariably do, is place a different value on the various elements of the deal, or object of desire that’s in play. An effective negotiation process, isn’t about attempting to strong arm the other, this in the attempts to force them to see things their way, or to sell their point of view.

Successfully negotiating is rather converging, meeting a fair middle ground, of the two or more different viewpoints.

This to a state what’s perceived by both, as mutually beneficial. Learning the art of negotiating, is the backbone of winning deals.

Always Focus On Them
In a sales scenario, the customer doesn’t care how badly that you need to make the sale, this to meet your monthly quota.

All they’re concerned about, is how your product or service, can furnish their needs, and get value for their money.

So talk to them about how your product can cure their pain, or their hurts. Explain the benefits to them. Don’t tell them about the latest technology, but rather how that technology can save them time or money.

Know Who Your Competition Is
Just knowing your product inside out isn’t enough. You need to know and learn, what your competition with a similar product is offering.

You need to know this, because your customer is initially comparison shopping. So once they say that your closest competitor is 20% cheaper, you need to have the answers to justify your higher price.

Always Be Qualifying
Learn to prioritize, by qualifying who you’re talking to. Don’t waste your time explaining what you have, if they’re not the decision maker. Ask them directly if they are. If they’re not, then demand to speak to who is.

Save your energy and time for the decision maker. Always get an appointment with “the boss.” If you can’t get a meeting, then try again, or move on. .

Getting Them To Agree
Once someone begins to agree to something that you’re saying, what you’ve done is subconsciously placed them in a positive frame of mind, edging them closer towards your offer.

Getting, leading them to say “yes,” getting them on your side, to make them agree regardless of what the discussion is, slowly pulls them towards the same goal you both want.

Focus On Your Uniqueness
Know what distinction sets you apart from your competition. What your product or service offers that’s different or unique, that others don’t have.

The more you stand out, the greater negotiating pull you have. Always have a list of benefits which differentiates you from your rivals. At times, people will buy just because you’re unique from what others are using.

Using Time To Your Advantage
Time becomes a battle of wits, when it comes to agreeing on the price or the terms, while you’re negotiating. The one who’s short on time, is usually at a disadvantage. So never get caught in a “time limit” trap.

Even if you’re short on time, never reveal that to the other person. What urgency does is accelerates the process, and the one who’s short on time, usually blinks first.

The one who’s in a hurry to get things done, will eventually surrender, and you can be assured that they’ll be more than willing to bend your way, than they would in a normal standoff.

A word of caution however, is never exploit their apparent urgency, to the extent that it makes the deal grossly one sided.

You may get what you want this time, but doing so will have a negative impact, on your reputation or dealing with that person or others again. A win-win is always the best solution.

Price Isn’t Everything As Terms Matter Too
Terms of service, at times can be just as important as the price. For instance, a lending company, is able to charge higher interest rates than their competition, by allowing flexible repayment options.

Companies that offers bonuses with their products, are compensating a higher price by offering friendlier terms. So what’s needed is creating a balance between the price and the term. If you’re too expensive, then offer better terms.

Use “The Policy” Tactic
What we learn as children, is we’re taught that rules shouldn’t be broken. At a subconscious level as adults, what most believe is the perception that they should follow all the rules set out to them.

So it’s no surprise, that many will go along and agree with you, once you tell them that it’s company policy, or “the rules” are preset by the management.

One effective way, is having set prices on a product or service. Those printed prices on a sheet of paper, does is adds ammunition to the negotiators arsenal, that it’s not within their authority to violate the terms.

Giving Your Final Price At The End
Which is an obvious statement. What most buyers will do, is ask for a lower price or a discount, this especially if it’s a higher priced item.

It doesn’t matter, if you initially offer a “discount” of 2% percent or 20% percent, what most experienced buyers are also conditioned to do, is ask for a further price reduction, at least one more time.

What constantly agreeing to the buyers terms, does is weakens your image in the market. Don’t do the deal if it’s not profitable. Losing the customer, is the risk and the hazard that you take, so prepare to just move on.