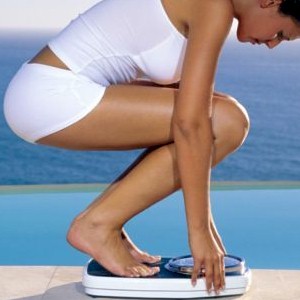 Your metabolism and the speed that it burns has always been a hot scorching topic, this especially when you’re looking to lose weight or maintain a healthy lifestyle. What most believe is that the faster the metabolism is able to burn, the better, this since the body is able to shed unwanted calories quicker.

What’s usually confused is metabolism and basal metabolic rate or BMR. What BMR is based on is the exact ratio of muscle structure, this when compared to the amount of fat that the body happens to contain.

What metabolism refers to is the process which the cells in the body breaks down the food nutrients and converts into energy. It does so to fuel all of the various and necessary functions in the body, which includes digestion, the rate of breathing, heart rate modulation, and better circulation.

One of the most common beliefs is that the smaller and thinner that the individual is, they’ll naturally have a quicker basal metabolic rate, and the ability to burn calories faster, which isn’t true.

It’s more about the size of your body and its composition, the muscle tissues vs. the fat tissues, which determines how much food nutrients that you need in order to produce enough energy to function properly.

So essentially, the larger that you are, the more fuel and food intake that you’ll need to function the same as a smaller person, and the higher that your BMR will be.

The Mythical Facts About Your Metabolism And BMR
Metabolism Is Controlled By The Thyroid Gland
The metabolism is strictly a mechanical process which determines the rate of speed which your body is able to break down the food that you eat and then turn it into energy. This is regulated by a small gland in the throat area which is known as the thyroid.

The thyroid gland is located near the front of the neck area, close to the Adam’s apple for men. What the brain does is it sends signals to this master control switch when it comes to hormone regulation, protein and energy production, and other bodily processes such as proper digestion.

Some wonder because their thyroid is usually under active, that it’ll affect their attempts to lose weight, this similar to those who have difficulty losing weight because of chronic thyroid inactivity.

What this means is they suffer from a slow burning BMR, as an under active thyroid will affect more than just weight. What it causes are a multitude of other symptoms which includes: fatigue, stress, anxiety, hair loss, and dry skin, which can only be remedied by taking thyroid medication.

Exercising Regularly Boosts Metabolism
It’s been proven that an increase in physical activity does increase BMR. The objective being at a pace where the heart rate is increased because of cardiovascular exercise.

Resistance or weight bearing exercise training is found to be the most effective way of increasing BMR, this because the more muscle mass that you have, the quicker that your body will burn calories.

Eating Every Few Hours Promotes Weight Loss
The best and quickest way of propelling your body out of starvation mode, and putting it into weight loss mode is by keeping it fueled with well balanced healthy food.

So instead of taking long breaks between your meals, make it a habit of eating three small meals along with two healthy snacks on a daily basis, which promotes the burning of calories.

Does Crash Dieting Thwart Weight Loss
What you often read are celebrities who’ll put themselves through the latest and greatest “fad” crash diets, this in order to shed poundage before a big movie role or an event.

What these crash diets do is they deprive the body of vital nutrients and fuel in order to attain this drastic weight loss, which usually backfires. It’s known that those who consume less than 1200 calories daily, the metabolism will naturally slow down because it thinks it’s in starvation mode.

Men Always Has Higher BMR Than Women
Since lean muscle mass determines how efficient that the body burns energy, men as a result tends to have higher BMR than women. This is why teenage boys will always quickly burn off whatever they eat a lot faster, when compared to their teen girl counterparts, who are more prone to gain fat tissue.

The Speed Of Metabolism Slows As We Begin To Age
There’s some truth of the fact that our BMR will gradually begin to slow down as we age, this by approximately 2% percent every 10 years, which begins in the early to mid 20s. It does so because of two factors, we lose muscle tissue as we grow older, and we’ll tend to decrease our physical activity.

Raising The BMR Levels With Stimulants
Aside from exercising which includes strength training, combined with eating smaller healthy meals, you can increase your BMR by taking certain stimulants such as caffeine and spices.

Experts claim that drinking one cup of coffee prior to a work out can boost your BMR by around 3% percent. But be aware that the various weight loss powders and pills on the market which promises drastic results, or drinking coffee excessively, can be harmful or have nasty side effects.

Spicy foods such as capsaicin peppers are known to stimulate BMR by it turning up the core temperature in the body. However, nothing will ever take the place of good healthy food and healthy exercise.

Other Factors Which Can Affect Metabolism
Genetics is also known to be a factor to metabolism, this when it comes to the rate that individuals are able to burn calories. For instance, if generations of your family are naturally thin and fit, then the chances are good that you’ll remain thin, this regardless of what you happen to eat.