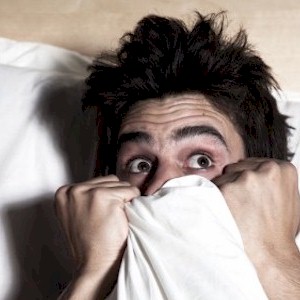 What humans have is a plate full of emotions, all of different colors, sizes, and directions, and fear is just one of them. Any emotion is triggered to get a reaction. Emotions are hardwired into our systems to warn us of danger, to prepare us mentally or physically.

What we live in is a world fueled by fear. The media plays pawn with fear by manipulating anxiety, this to get more ratings, marketers will infuse the fear scarcity to sell more product. Authority stirs fear to generate order, while parents instill fear for discipline.

Fear is the key emotion that’s interwoven into our lives, it’s prevalent everywhere, it’s more active than any other feeling in our lives, as it directly influences the choices that we make, usually frantic ones.

The decisions that we make which are motivated by fear can be flawed, can be short sighted and often impulsive. Nothing good usually comes out of the choices we make based on fear, nothing which enhances our lives for the better.

So the question remains which emotional triggers influences the choices that you make in your life. Are they healthy ones or are they fueled by fear.

Fear Rarely Sees The Upside
Every choice that you make in life usually has an upside and a downside. Someone who lives in fear only presents themselves with just the “bad” things that could happen, and chooses them.

Fear Forces You To Think Erratic
Fear doesn’t allow you to stop and think things through properly. What fear tells you is to react immediately and thus often erratically, usually forcing you to make poor decisions.

The core concept of “fight or flight” is based on fear. If an irate dog is chasing you down, running the other way because of fear would most likely save a bad bite.

What you have is the time and luxury of deciding, this by overcoming fear and thinking logically. You don’t need to accept that lowball offer on the house, or you can research further if you need a medical procedure.

Fear Of The Unknown
Once upon a time, fear existed because our ancestors faced life or death situations on a daily basis. Today, we get scared whenever we need to step out of our comfort zones.

What fear prefers is that we stay as familiar as possible, regardless of how unproductive or painful the situation may be, this rather than becoming bold and stepping into the unknown.

For instance, the handcuffs of fear dictates that one stays at their dead end job, or remains in that abusive or boring relationship because it’s familiar.

Fear Blunts Our Progress
What fear does is it discourages us from smiling at strangers, or offer our opinions out loud. Instead of pushing ourselves beyond our boundaries, what fear encourages is we avoid any and all potential failure.

For instance, you know you could start that new business idea, write that book, ask someone out on a date, apply for that job or promotion, but the fear of “fear” holds you back.

If fear completely ran your life, you would hide in the corner of your bathroom, or remain under the bedsheets all day long, this instead of reaching for your potential.

Fear Deters Your Better Intuition
Those who are brave, will make bold decisions based on their gut instincts. But for many, there’s that small persistent nagging voice of fear that’s always present and usually negative.

All that you hear are the annoying spiraling thoughts which festers in the back of your mind. Once your backbone becomes consumed with fear, any “gut instinct” becomes difficult if not impossible to recognize.

Fear Stops You From Taking Action
What you’ll always find are excuses not to do something, this when fear rules your life. What someone once said was, if you don’t choose your own path, then one will be chosen for you.

Fear becomes the biggest villain for many who procrastinates, where they face the fear of making any type of decision, forcing them to become paralyzed.

While there are some individuals who are capable of making decisions, what fear does is it keeps the majority second guessing themselves, usually resulting in doing nothing. Ultimately, not making a decision is also a decision.

How To Overcome Your Fears
First, give yourself a bit of time and space once you begin to hear the voices of fear and doubt, this when you need to make a decision. Just hear it out, and then take action or let it pass.

One way is writing down the pros and cons on any decision you need to make, then wait until you’re in a better situation, this especially if you’re uncertain. Wait until your mind clears and is capable of making a sound choice.

If The Fear Lingers
If the fear persists, then find ways to release it. Any type of fear that’s chronic, stems from some type of previous “root cause” event which is held captive in your subconscious.

There are a series of mental exercises that you can practice, certain processes which can help you rid of that unwanted fear, allowing you to make better empowered decisions.

So become a big brave minded human. Find the resolve to start living a defined life which isn’t governed by fear. Don’t allow fear and its evil stepchild negativity, hold you hostage of the freedom to live the life you deserve.

Another Reason To Exercise As It Regulates Circadian Rhythms